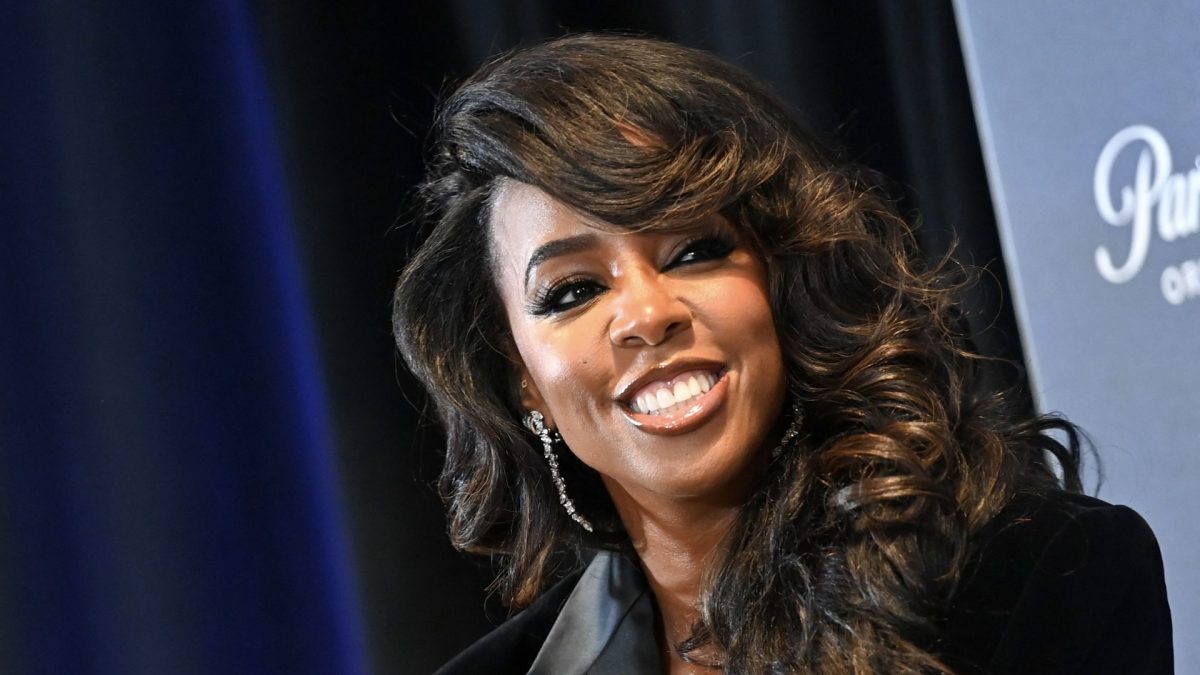 Kelly Rowland is doubling down and proclaiming that Chris Brown deserves to be forgiven for past wrongs.

On Monday, TMZ caught up with Kelly in West Hollywood, California, and asked about her experience at the 2022 American Music Awards (AMAs). Specifically, the interviewer was interested in getting more details on Kelly’s support of Chris, who won in the Favorite Male R&B Artist category despite having his Michael Jackson tribute canceled.

While accepting the award on Breezy’s behalf, Kelly lauded the “Ayo” singer with praise after putting a disgruntled crowd in check.

After Kelly publicly stood by Breezy at the AMAs, people swiftly began sharing their thoughts on the matter. While many were outraged, some were supportive of the “Kisses Down Low” singer’s stance.

Chris Brown just won an #AMAs *and* Kelly Rowland shushed the audience so she could praise him and preach about how much she loves him? Whew! It might be time to turn this off.

Kelly Rowland is a clown for defending Chris Brown when he wouldn’t even let dark skinned women that look like her in his section @ the club.

Kelly Rowland just risked her career for that Chris Brown shout out! I’m so proud of the black community for standing behind Chris in this AMA fiasco. Congrats Breezy! You deserved the win and everyone deserves a second chance. WE LOVE YOU!

Kelly Rowland gave him his flowers for making great music and y’all couldn’t wait to disrespect her.

1. YOU hate black women.
2. Kelly will NEVER be cancelled.

I appreciate what Kelly Rowland did. People will demonize a person as if they can never learn, change or grow. Praying for Chris Brown ❤️

Sorry folks, Kelly Rowland cannot be cancelled. Neither can Will Smith. Get over it.

Now, Kelly is elaborating on her comments about Chris and straight-up declaring that he, like everyone else, deserves grace.

The artist began by sharing that people need to be more grateful and less critical.

“I believe that grace is very real and we all need a dose of it. And before we point fingers at anybody, we should realize how grateful we are for every moment that we get. Even for our own things that we have.”

She further explained that humans are going to make mistakes, and they should be allowed to grow and better themselves. Kelly also outright said, “Everybody deserves grace, period.”

“I just think it’s important to be humans, we are humans. We all need to be forgiven for anything that we could be doing, anything that we’re thinking. We all came up short in some way and grace is real. We are humans, and everybody deserves grace, period.”

While on the subject, we should note that Rihanna herself has expressed forgiveness over Chris’s 2009 assault on her.

During a 2020 episode of Oprah’s Super Soul podcast, Oprah Winfrey unveiled a 2012 interview between her and the “Lift Me Up” singer.

Rihanna spoke on her relationship with Chris during the sit-down. At the time, she said that they were “very close friends” who still had love for each other.

“We’ve been working on our friendship again. Now, we’re very, very close friends. We’ve built up a trust again…We love each other, and we probably always will. And that’s not something we’re ever going to change. That’s not something you can shut off, if you’ve ever been in love.”

She continued, noting that she forgave Breezy because she “cared about him still” and wanted to move on with life.

“I truly love him. So, the main thing for me is that he’s at peace…I thought I hated Chris, and I realized it was love was tarnished. It looked like hate because it was ugly, angry, it was inflamed, it was tainted. And I realized that what it was is I had to forgive him because I cared about him still. And the minute I let go of that, I started living again.”

Do you believe people should give Chris Brown grace? Also, what do you think about Kelly Rowland going out of her way to stand by him?