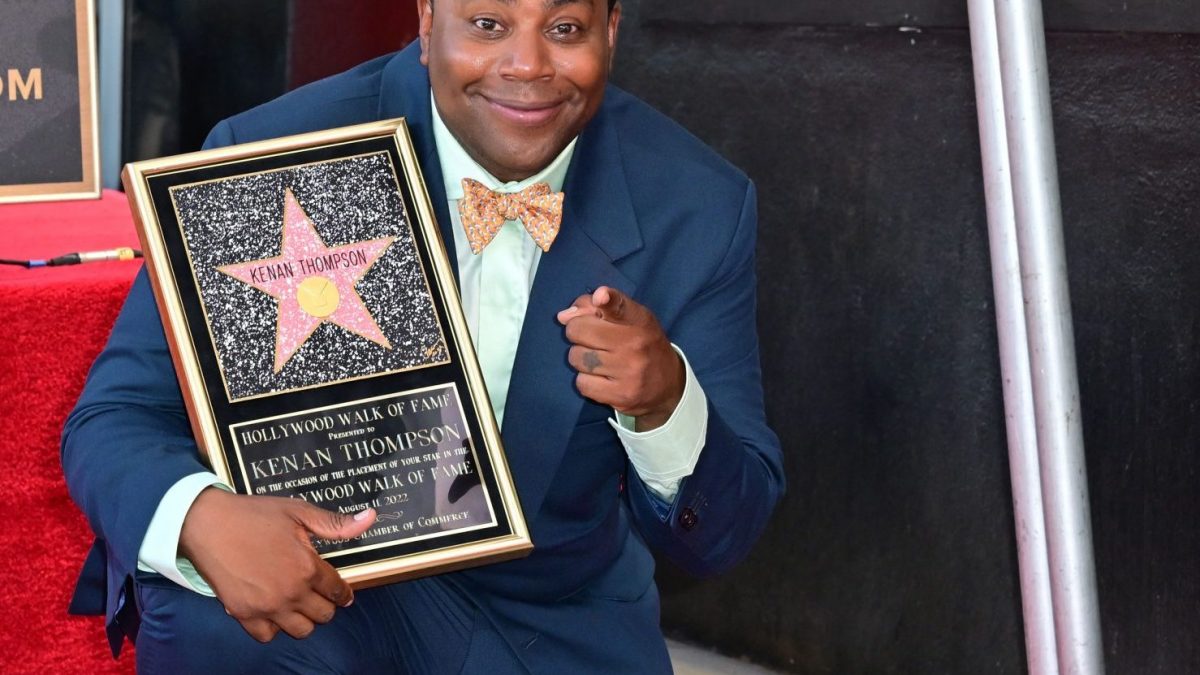 Kenan Thompson Receives His Star On The Hollywood Walk Of Fame

Congrats are in order to Kenan Thompson who received his star on the Hollywood Walk of Fame on Thursday. He has been providing us with laughs for years, and he was honored for his contributions throughout the years.

During the ceremony, Kenan was joined by his family and fellow comedians J.B. Smoove, and Leslie Jones to help him celebrate the big moment. During his speech, he said,

“I never thought any of this would be possible, I just wanted to act and entertain and have a good time and put smiles on my family members’ faces and that grew into the world now apparently. It’s just an honor and a privilege.”

He added, “It’s really been my pleasure. I do comedy, that’s fun so I don’t really look at it as work necessarily, but I do like to get up and get after it every single day to make sure that I can provide a beautiful future for my family for my future generation.”

Kenan is definitely one of the original OG’s of Nickelodeon as we grew up watching him on shows such as “All That,” “Kenan & Kel,” and even the hit film “Good Burger.” His success in television and comedy followed him into adulthood as he was a cast member on “Saturday Night Live,” for 19 years.

During his speech, Kenan also shared that he wished his longtime friend and former co-star Kel Mitchell was present for his special moment, however, he was unable to attend as he was on set working on a new project in Canada. Nonetheless, Kel’s parents were present to help celebrate during the ceremony.

Kenan was recently announced as the host for the 74th Emmy Awards, which takes place on September 12th.

Congrats again to Kenan Thompson, who is definitely a living legend.

The MTV VMAs Had A Collection Of Viral Moments That Had Everyone Talking!