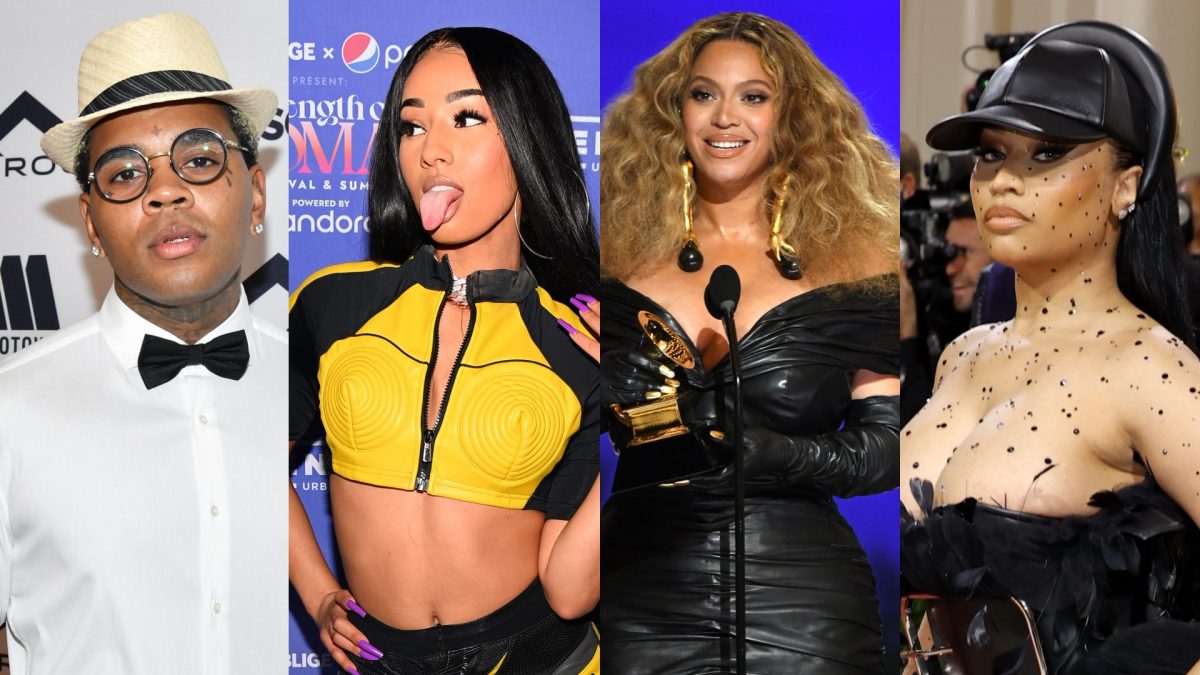 
Kevin Gates has some ideas for Rubi Rose, Beyoncé, and Nicki Minaj! And none of the details involve cutting a track. Instead, Kevin expressed his desire to bed the women on his newly released freestyle Super General. He did limit the words aimed at the married Bey and Nicki. But, he dedicated more than a few lines to telling Rubi what he visualizes for an encounter between them!

“Rubi Rose, I can’t wait to have your feet facing my ceilin’/ With my tongue deep in yo’ a** while I kiss all on yo’ kitty/ Put that d**k deep in yo’ back and have you c*m all on this missile/Put yo’ hands behind yo’ back and smack yo’ a**, I’m in yo’ kidneys,” Kevin rapped.

While the lyrics didn’t leave anything to our imagination, Rubi didn’t seem to mind the lack of privacy. Hours later, she responded to the freestyle on Twitter.

Unlike Rubi, Beyoncé and Nicki haven’t said a peep about the fantasies featuring them. Despite the nature of his lil’ requests, Kevin clarified his words mean no disrespect to her husband, Jay-Z.

“Ain’t no disrespect to Jigga, met through Nipsey, that’s my n***a,” Kevin said. “Don’t know if they into swinging, Beyoncé need to let me hit her/Make her piss all on this d**k, respectfully, her body shiver.”

For Nicki, Kevin implied it’s a two-way street of need and want between them. Per Kevin, Nicki’s husband, Kenneth Petty, is the only thing in their way.

“I want Nicki, she need Kevin, sh still playin’ around with Kenneth.”

His sexual shots at Rubi, Beyoncé, and Nicki came after his lyrics about his seemingly estranged wife, Dreka Gates. Earlier this week, the rapper was spotted enjoying a night in the company of Love & Hip-Hop Miami star Jojo Zazur. While speaking with The Shade Room on Thursday, Jojo revealed a friendship with Kevin spanning more than a decade.

She also said the two recently reconnected now that they’re both single. No word on whether they’re officially dating! Meanwhile, Dreka took to the ‘gram today to show off her garden’s harvest of tomatoes, strawberries, and more. Kevin’s Super General video features Jojo stepping out of a vehicle with him at 2:37 a.m. on June 9, per the video.

Kevin Gates Speaks On His Friendship With MoneyBagg Yo

Besides bragging on his pipework, Kevin also spoke on the status of his friendship with MoneyBagg Yo. He seemingly revealed that someone’s lie caused distance between them.

“Brother lied to MoneyBagg Yo, that’s still my brother, but we distant,” Kevin said. “Always love when he be shinin’, remind me of Mozzy when he glistening.”

MoneyBagg Yo hasn’t shared a reaction online to the name drop. However, he took a moment to congratulate his cameraman on graduating from college.

“Told my camera man @mattdedits every A u get is $250 and every B is $100 til he graduate,” MoneyBagg Yo wrote on Instagram Story. “He been bussin me up every other week $1500 bonuses. Congrats bro proud of u.”

“It Was An Abortion To Save My Life”