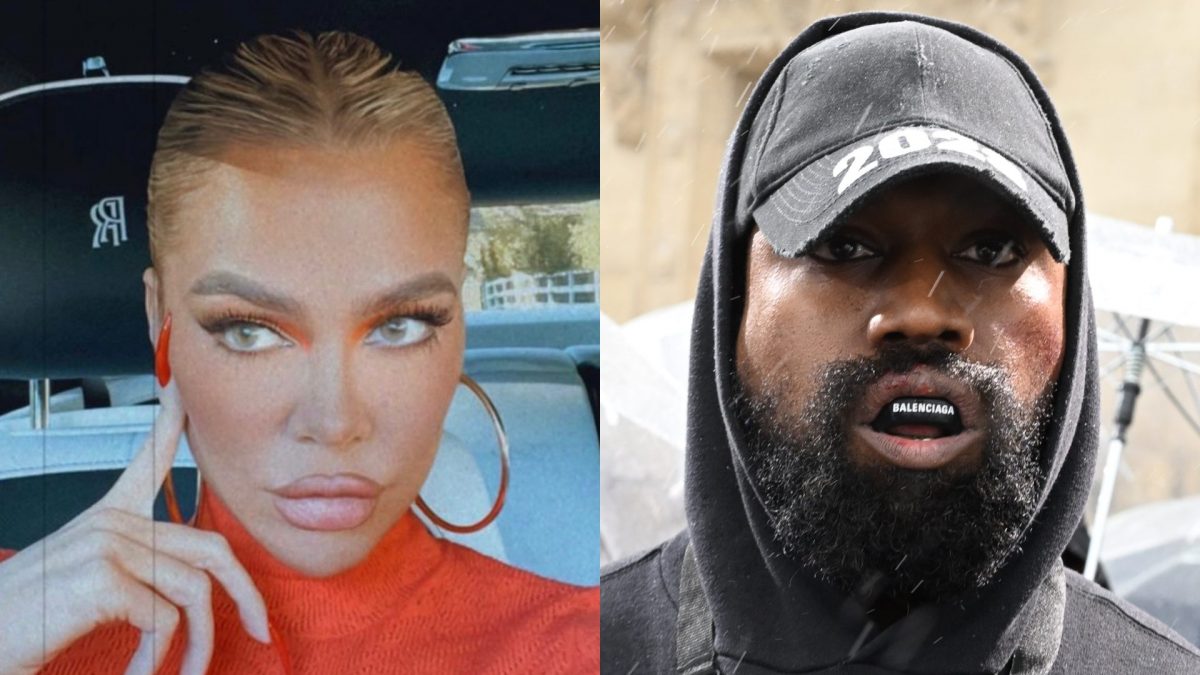 Khloé Kardashian is ’bout sick of Kanye West name-dropping Kim and her family “to deflect” from his public image.

The reality star made the rare move of addressing the father of her nieces and nephews on social media. On Wednesday (Oct. 5), the youngest Kardashian sister took up for her family in the comment section of one of Ye’s latest Insta-rants.

“Ye, I love you. I don’t want to do this on social media but YOU keep bringing it here,” Khloé wrote. “You are the father of my nieces and nephews and I’m trying to be respectful but please STOP tearing Kimberly down and using our family when you want to deflect.”

Early Wednesday, the DONDA artist responded to Gigi Hadid‘s commentary about his digs at Vogue fashion editor Gabriella Karefa-Johnson. According to PEOPLE, Gigi responded to one of Ye’s Instagram posts.

“You wish u had a percentage of her intellect, you have no idea haha…if there’s actually a point to any of your sh*t she might be the only person that could save u,” Gigi wrote on Tuesday (Oct. 4). “As if the “honor” of being invited to your show should keep someone from giving their opinion? Lol. You’re a bully and a joke.”

Not one to back down, Kanye replied about a day later. He said no one spoke up on his behalf when he claimed the Kardashians tried to “kidnap” their daughter Chicago by not inviting him to her birthday party at the beginning of this year.

…Or we just chime in when we want to tear a Black man down for actually having a different policitical opinion,” Ye wrote in his response to Gigi. “And for all audience so outraged about my t-shirt, where was you when I couldn’t see my kids. I went public in hope of public support at that time.”

To backtrack, Kanye posted pictures of Gabriella saying she’s “a droid” and “not a fashion person” on Tuesday (Oct. 4). He aimed at the editor after she posted a few lengthy critiques of his controversial “White Lives Matter” t-shirt, which she saw in person at a fashion show.

Plenty of folks came to Gabriella’s defense, including Gigi and Vogue. The company said Ye “personally targeted and bullied” Gabriella, though they failed to name-drop the rapper in their statement. They also revealed Kanye and Gabriella discussed the matter in a private meeting, a claim Ye confirmed on his Instagram page.

If sympathy is what Ye was looking for by bringing up the Chicago birthday situation, Khloé seemingly had none to give! She straight up asked him to cut it out.

“Again with the birthday narrative. Enough already. We all know the truth and in my opinion, everyone’s tired of it,” Khloé wrote. “You know exactly where your children are at all times and YOU wanted separate birthdays. I have seen all of the texts to prove it. And when you changed your mind and wanted to attend, you came.”

Khloé’s clapback about Ye attending the birthday party, despite the drama, was well-documented in pictures. At the time, a source confirmed to The Shade Room that the two parties’ idea was all Kanye’s doing.

Khloé closed out her drag by reminding Kanye that her sister is the primary caretaker of their kids. Not only that, the Good American owner asked Ye to leave Kimberly and their family alone

“Like you have pointed out yourself, she is the one taking care of your kids 80% of the time. Please leave her and the family out of it so that the kids can be raised peacefully,” Khloé wrote. “I come from a place of love and I am happy to continue this conversation privately if you wish.”

And if you think Kanye had more to say after that, you’d be right. He accused Khloé and the fam of being liars.

Young Thug’s Lawyers Seek To Have Case Tossed On Technicality