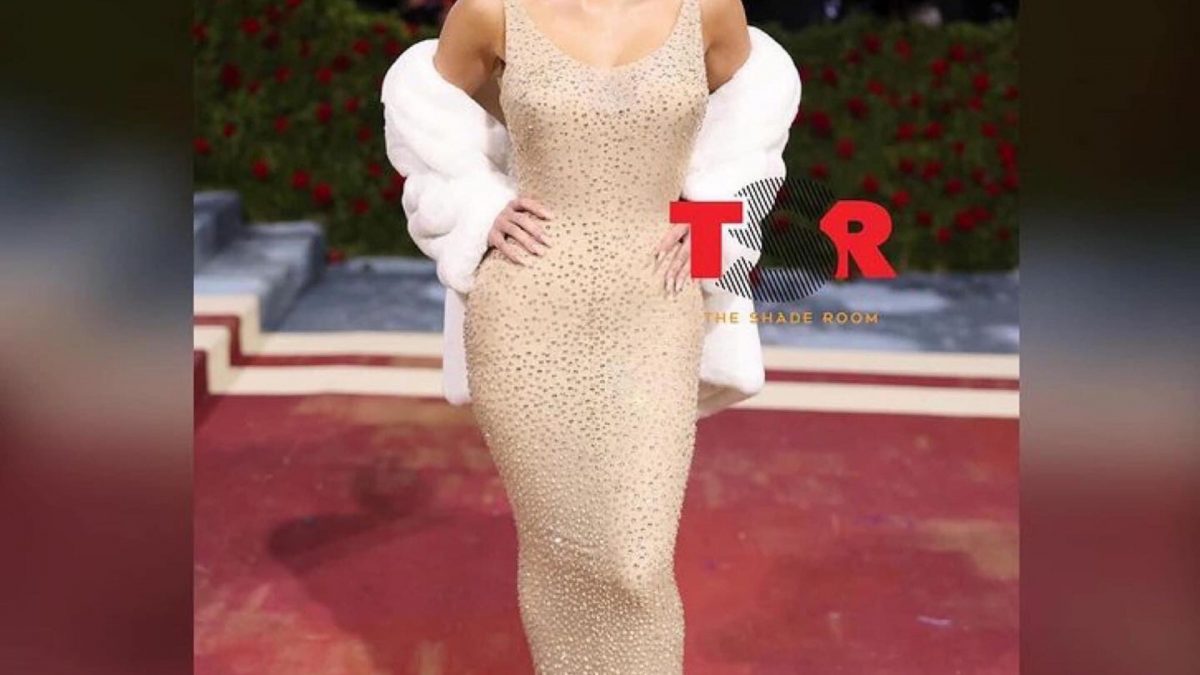 Just a little over a month after Kim Kardashian wore Marilyn Monroe’s famous dress to the Met Gala, the 41-year-old is now being accused of causing damage to the historical piece.

In an IG post made by @marilynmonroecollection, the famous Kardashian is being accused of not returning the dress in the same manner it was given. Showing a before and after photo, there are noticeable changes with the dress.

Just in case you missed it…Missing crystals, and some left hanging by a thread.

The account goes on to detail the great lengths Ripley’s Believe It Or Not went through to preserve the quality of the dress, including having a security team.

While on the carpet of the Met Gala, Kim stated in an interview with Vogue that she had to lose 16 pounds in three weeks to fit the dress.

Kim Kardashian was determined to wear Marilyn Monroe’s dress! She had to shed 16 pounds to get it on! Roommates, are ya’ll that dedicated for a lewk?! 📹:(@vogue ) #Metagala pic.twitter.com/tdzQjUofvt

I had this idea to put it on, to try it on…they came with armed guards and gloves. I tried it on and it didn’t fit me.

She continued to say:

I had to lose 16 pound down today to be able to fit the dress.

The dress was designed by Jean Louis and worn in 1962 when Marilyn Monroe performed “Happy Birthday” to John F. Kennedy. Bob Mackie, assistant to Jean Louis, told Entertainment Weekly that it was a “big mistake” to let the reality star wear the gown.

[Marilyn] was a goddess. A crazy goddess, but a goddess. She was just fabulous. Nobody photographs like that. And it was done for her. It was designed for her. Nobody else should be seen in that dress.

Get Money Right Away With Fullerton India's Instant Personal Loan