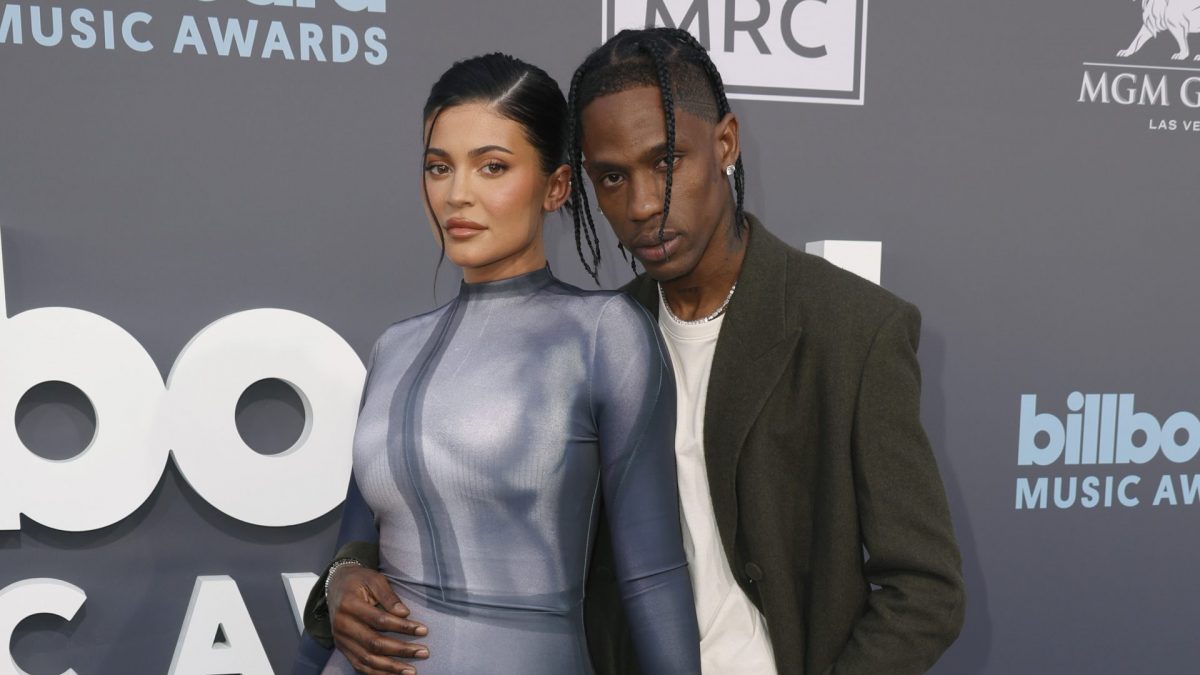 The wedding bells aren’t ringing just yet for Kylie Jenner and Travis Scott. A source close to the entrepreneur denied that a recent gathering between Kylie, friends, and family was a bridal shower.

On Wednesday, Kylie shared footage of a night on the town with sisters Kim Kardashian and Khloé Kardashian. Kylie’s close friend Yris Palmer and another friend joined the hangout vibes. One video shows the five women posing in a hallway mirror. A voiceover in the background says, “what separates you from the competition…what competition,” while Kylie repeats the second line in the mirror.

The women’s attire drew immediate attention. Kylie wore a short, white dress with a ribbed texture in the bust area. Meanwhile, her sisters and friends wore all black. Three out of four also wore dark sunglasses in the video.

By Saturday morning, the mirror selfie video had over 9.8 million views. However, fans began questioning the ladies’ fits when Kylie initially posted.

One person wrote, “does it have anything to do with a wedding? Just look at their outfits.” While another wrote, “it’s giving bride and bridesmaid vibes.” Someone else said, “it’s giving I’m the bride vibes.

Fan speculation grew when a profile claiming to be her 12-year-old nephew Mason Disick suggested the outing was a bridal shower. The profile @hi_angelj took to Instagram Story with claims of an upcoming wedding. Like many of the comments under the mirror video, the profile pointed to the attire worn by the ladies.

“Kylie is getting married and she is currently on her bridal party that’s why she’s the only one wearing white,” @hi_angelj claimed.

The profile’s claims were false, per a source close to the family who told The Shade Room, “no bridal shower, just a white dress.”

Our source also shut down the validity of the Instagram page, claiming to be Mason saying, “FYI, this is fake and isn’t Mason’s account.”

“…I will spell it out clearly: that is NOT Mason on these fake social media accounts talking about our family,” Kourtney wrote on her Instagram Story. She added, “And to the person relentlessly pretending to be Mason, ultra ultra ultra creepy!!!!.”

MCKENNA: The GOP’s November Dreams Could Come Crashing Down. Here’s Why

Alexis Ohanian Reacts To Drake Calling Him A “Groupie” In Song