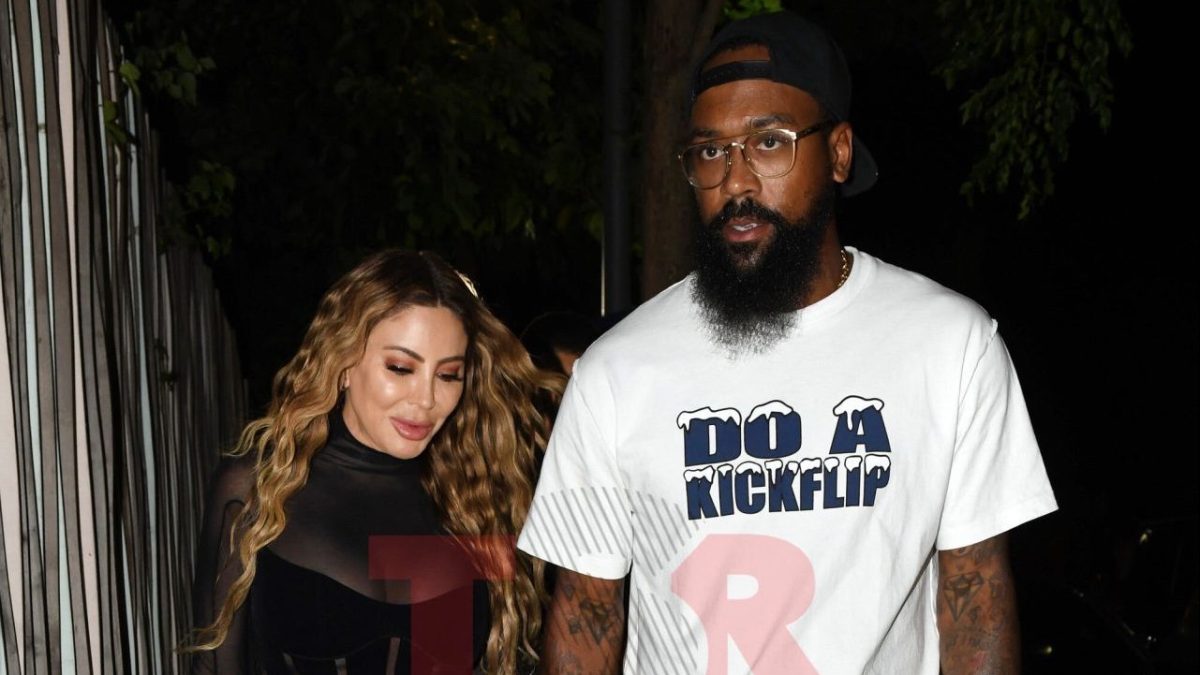 It looks like Larsa Pippen is winning at cuffing season–and her final pick seems to be Michael Jordan’s son Marcus Jordan.

The 48-year-old and 31-year-old touched down in Miami and enjoyed what appears to be a date night! Cameras captured them arriving at Miami’s Swan together and Larsa cuffing her hand around her rumored bae’s wrist!

While Marcus kept the ‘fit casual with a white printed tee and joggers, Larsa popped out in a black catsuit with sheer cutouts. The cheeks were cheeking and peeping as they slid into the restaurant.

Auntie Bae Has Been Going STRONG With Jordan

Their outing comes a little over two months after they were first spotted together in early September. At the time, they were posted at another restaurant in Miami–a downtown Japanese joint called Zuma. They appeared to be on a double date.

Though none of the images then showed intimacy, witnesses reportedly told TMZ that Larsa got a lil’ jittery when she realized people were taking pictures. Two days later, close sources killed the story.

A few weeks later, Larsa and Marcus stepped out to Rolling Loud NYC, and the PDA was strong. The video showed the pair sharing dances and close embraces, while eyewitnesses told TMZ they also shared smooches!

SZA Stans Geek Out After FINALLY Getting 'S.O.S.' Album Announcement

MoneyBagg Yo Shares Image Believed To Be Ari With A Bump!!