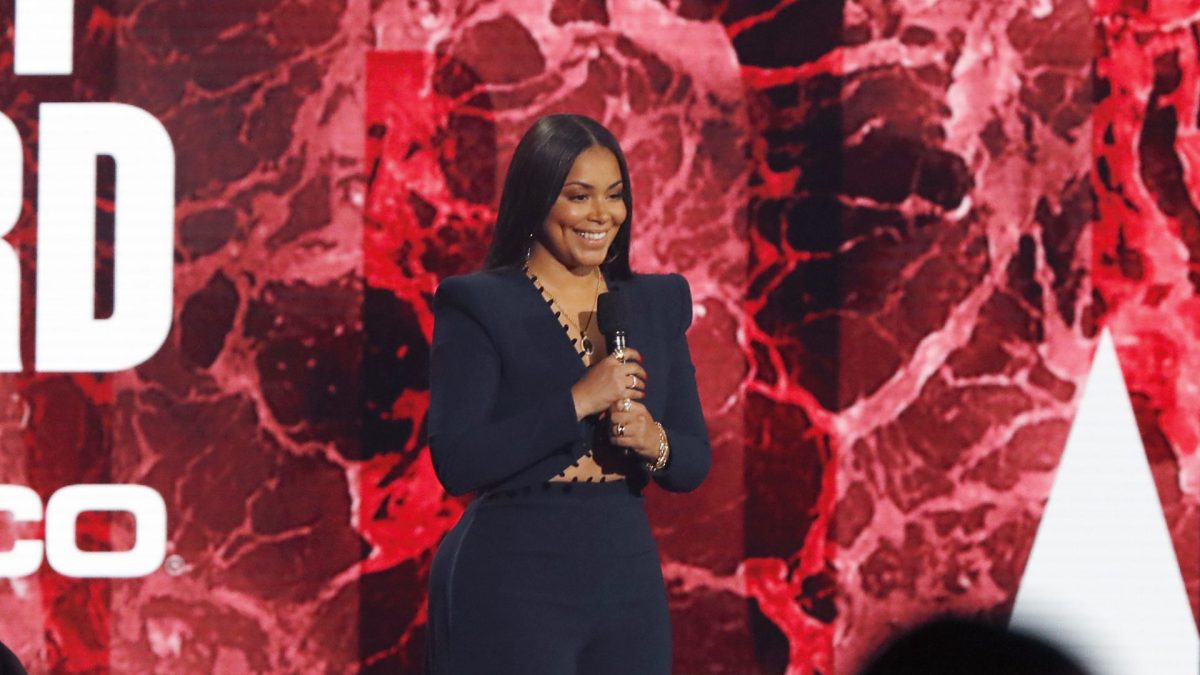 Lauren London bared her losses and lessons since the passing of Nipsey Hussle during a rare and recent interview. The actress joined Angie Martinez on her new podcast In Real Life. As the podcast’s first guest, Lauren, and Angie discussed topics under the episode title We’re All Gonna Die.

The women spoke on topics like death etiquette, legacy, parenting, trauma, and healing, per the YouTube description. Lauren revealed this is her second time healing from trauma–first her childhood, then Nipsey. The former couple dated for several years before welcoming their first child and son Kross in 2016. In the interview with Angie, London shared she was the person who told both her children about Nipsey’s transition.

As previously reported, Nipsey was shot and killed by Eric Holder in 2019 in front of his L.A. clothing store. Last week, a jury found Eric guilty of first-degree murder. Eric is said to have shot Nipsey at least 10 times and kicked him in the head before fleeing the scene with a female driver. Prosecutors also charged Eric with two counts of attempted first-degree murder for bystanders hit by stray bullets during the shooting. Instead, the jury found him guilty of two counts of attempted voluntary manslaughter.

About mid-way through the 47-minute-long interview, Angie spoke on Nipsey’s heavy presence in Los Angeles in the form of artwork.

The host began by saying, “Nipsey’s everywhere…there are murals, there is like…” At this point, Lauren interrupted Angie saying, “oh yeah, no, it’s not easy.”

“And then I thought, I wonder if Lauren has ever thought about moving or does she enjoy being here,” Angie responded.

“I want to move all the time,” Lauren said. “I just know it’s not the right time for my family if I leave.”

Angie followed up by questioning London’s love for her hometown– and the star agreed before explaining why she wants to leave.

Angie questioned if she feels this way everywhere she goes. But Lauren explained that it’s not the city-wide imagery of Nipsey that bothers her but the heaviness of the city in general.

“It’s not even that cause he’s in my house everywhere,” Lauren said. “And I sleep and wake up with him on my mind so I’m in it. It’s just that L.A. feels really heavy. It feels heavy for me.”

Lauren Plans To Stay In L.A. For Her Family’s Sake

One of the reasons she’s staying put is for her Hollywood career. However, the actress also said her family is keeping her in the city!

“I’m staying put right now,” Lauren said. “…I just don’t think it’s like a good time for the rest of our family that loves us and wants to make sure they have a close eye on us.”

Lauren and Angie then chuckled over Lauren’s moving site preference. The actress mentioned wanting to move to the desert. Angie asked London what she would do in the desert. Though she wasn’t sure what she’d do there, Lauren made it clear she’d be living well in a hut.

“A nice hut, a real nice hut,” Lauren joked. “A glamorous, luxury hut hunni we still need our comfort. No, I would. I don’t know. I would just be.”

Though Angie doubted her desert plans, Lauren insisted she would “absolutely” go–without a doubt.

Check out the rest of their conversation below:

B. Simone Split Twitter After Revealing She Doesn’t Shower Daily