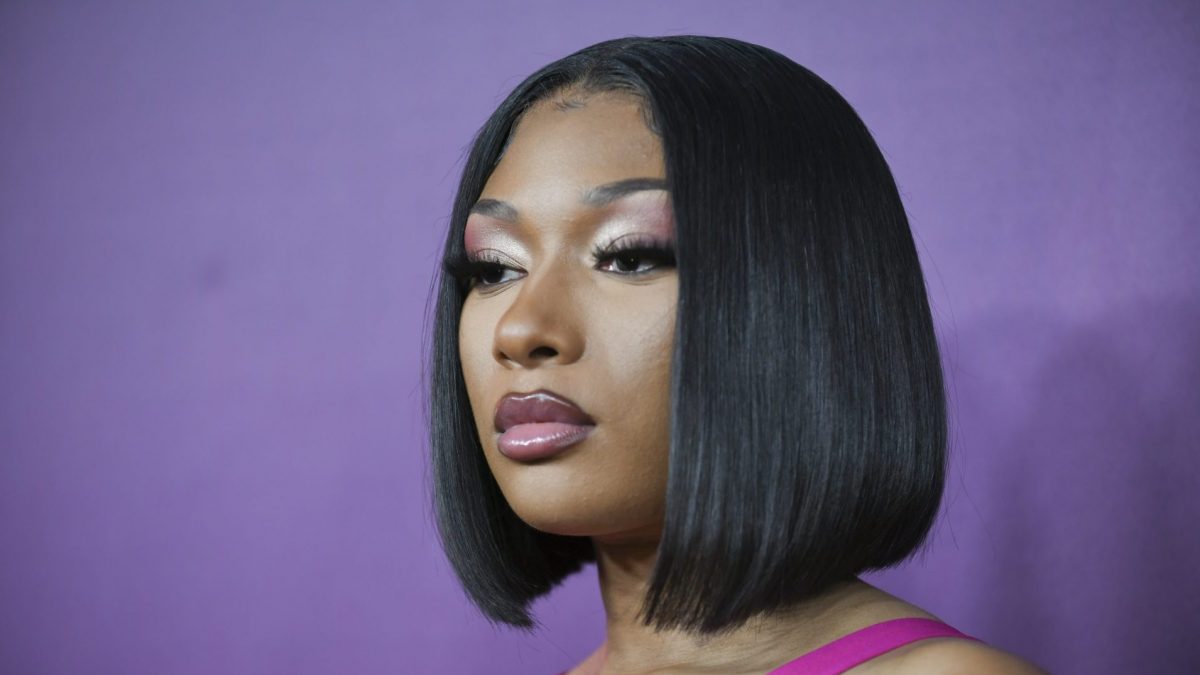 Megan Thee Stallion’s lawyer had words for anyone who doubts that Tory Lanez shot his client in July 2020.

“[Megan is] a young superstar who’s risen to the top very fast, and it’s at the time when really a community, people, and fellow artists should be rallying behind her. She is the victim here,” her attorney Alex Spiro told TMZ on November 4. “I say this as words of caution, and I know many of the folks across the industry, but those people are going to look very silly when the facts fully come out here, very silly. And it’s going to be troubling, and it’s going to be a stain that stays with them.”

Spiro’s comments are a response to Friday’s social media talks about Drake seemingly shading Megan. In Circo Loco, Drake raps, “this bitch lie ’bout getting shots, but she still a stallion.” The track is one of 16 newly released songs on Drake and 21 Savage’s album Her Loss.

Megan Claps Back At Drake’s Lyrics

About an hour after its midnight (November 4) release, people were heavily discussing the lyrics. Some people believe Drake referenced a tall, thick woman lying about receiving butt enhancement surgery. But others, including Megan, took the lyrics as a doubtful jab at Megan’s accusations against Tory. And the Houston Hottie had strong words for the Toronto rapper and other doubters.

“I know I’m very popular but y’all gotta stop attaching weak ass conspiracy theories in bars to my name lol,” Megan tweeted. N–s nor hoes EVER address me or @ me WITH a fact or receipts. I AM CLOUT BITCH keep sucking my pussy.”

Afterward, Megan doubled back with another tweet blasting people, especially rap peers, who joke about women getting shot.

“Stop using my shooting for clout bitch ass n–s! Since when tf is it cool to joke abt women getting shot! You n–s especially RAP N–S ARE LAME,” Megan tweeted. “Ready to boycott bout shoes and clothes but dogpile on a Black woman when she say one of y’all homeboys abused her.”

In the TMZ interview, Meg’s lawyer Spiro explained his confusion at people positioning themselves against his client. He said people will feel “profound regret” when the “facts and the truth come out.” In her tweeted slams, Megan spoke with the same confidence as Spiro.

“And when the mf facts come out remember all y’all hoe ass favorite rappers that stood behind a n–a that SHOT A FEMALE,” she wrote.

Spiro explained that their confidence is rooted in solid evidence. In August 2020, Megan identified Tory as the person who shot her in the feet on July 12, 2020, after a pool party at Kylie Jenner’s house.

By October of that same year, the Los Angeles District Attorney’s Office charged Lanez with one count of assault with a semiautomatic firearm and one count of carrying a loaded, unregistered handgun in a vehicle. The criminal complaint confirmed he allegedly “inflicted great bodily injury” on Megan.

And Spiro says the evidence presented in the trial starting between November 28 and December 8 will undoubtedly back Megan’s story and the charges.

Tory, on the other hand, has maintained innocence. He released the album DAYSTAR on September 25, 2020. In the song Money Over Fallouts, Tory raps, “Megan people tryna frame me for a shooting.”

“Gotta see a couple questions: how the fuck you get shot in your foot, don’t hit no bones or tendons,” Tory added, casting doubt on Megan’s injuries. Later in the same song, he said, “I would never put you in no danger, and if I did, you would’ve said it when you seen the cops.”

Megan previously admitted that she initially didn’t tell the police Tory shot her out of fear the situation could escalate to police brutality. As for her injuries, she told Rolling Stone in June 2022 that she received surgery the same night of the shooting and was hospitalized for four days with “both legs wrapped up.”

Tory pled not guilty to the charges on November 18, 2020. Lanez reportedly faces up to 22 years and eight months in prison if convicted.

TMZ asked Spiro why he thinks people believe Tory over Megan, and the lawyer’s response was nowhere near subtle.

“[Tory is] either lying to them, or they haven’t asked him what happened because I know what he says happened because I have it in a text message and a recorded phone call that he made from prison, where he said, he admitted, he apologized,” Spiro said. “So why people are defending somebody that has made those statements and admissions with all of the evidence? Without even witnesses? You don’t need witnesses for the type of evidence I’m talking ’bout.”

Continuing his bit about the irrefutable evidence, Spiro added that there’s no doubt Megan is the victim in this situation.

As of Saturday, Drake is still mum on the situation, but Lil Yachty did. The Atlanta artist said he knows Drake won’t address it but that the line is about a woman lying about butt shots.

The Good, the Bad, and the Ugly Election-Related Referenda on State Ballots