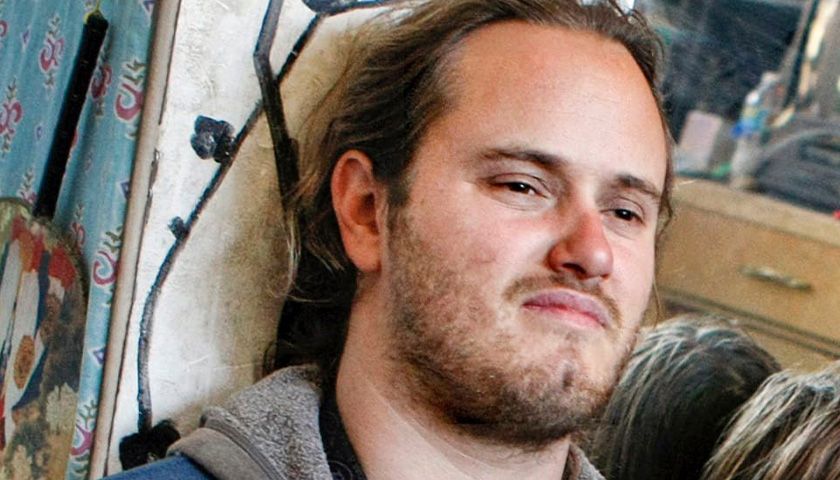 In October of 1998, Matthew Shepard was brutally attacked and left out in the elements in Laramie Wyoming, dying a few days later in a nearby hospital. For weeks afterwards, America was pummeled relentlessly, owing to the fact that Shepard was homosexual, and that the attack thus was deemed to be a “hate crime.” Though his assailants were subsequently sentenced to life in prison for their murderous deed, the leftist counterculture was not to be satisfied. It had an “icon of injustice” on which to parade and grandstand in pursuit of its agenda, and had no intention of letting go of it.

It made no difference that the real cause was almost immediately known among local law enforcement to be a drug deal gone bad, or that in a 2004 ABC 20/20 news report, a thorough investigation of the incident clearly disproved any motivation for the crime based on Shepard’s lifestyle. The left had a golden opportunity to claim its “moral high ground.” Shepard was a “martyr” of anti-homosexual hatred, and the people of Wyoming bore ultimate guilt for it. Ditto for any region of the Country where leftist moral debasement was not embraced.

This pattern continued into 2009, when Barack Obama signed the Byrd/Shepard “Hate Crimes Prevention Act.” Despite the growing awareness that Shepard’s death did not fit the left’s definition of a “hate crime,” such a strong narrative had been created to that effect that advocates of the measure deemed usage of Shepard’s name to be good publicity for their agenda. For nearly a quarter of a century, this scam has served the leftist counterculture well.

Fast forward to October of 2022, and the rage of the day is Paul Pelosi, alcoholic husband of extreme-leftist House Speaker Nancy Pelosi, attacked by David DePape, who wielded a hammer in his assault. DePape inflicted multiple injuries on Pelosi, including a fractured skull. Leftist Democrats and their Fake News minions from coast to coast (the very same ones who reflexively demand we do not “rush to judgment”) have been ecstatic, gleefully reporting every canned anti-Conservative, anti-Trump mantra as supposed “motivation” for the attack.

Never willing to miss an opportunity to venomously grandstand, Barack Obama immediately seized on the leftist version on the incident the very next day during a campaign appearance for Democrat tinhorn Wannabe Gretchen Whitmer of Michigan. With his characteristic shamelessness, Obama said “We got politicians who work to stir up division to try to make us angry and afraid of one another for their own advantage.” The irony of Obama, for eight years the incessant “Race-baiter in Chief,” to excoriate others on the subject of “divisiveness,” is sadly lost on his leftist minions because they too have no shame or self-awareness.

Meanwhile, as details unfold regarding DePape, it is beyond reason for the leftist political/media axis to honestly presume him to be “on the right.” Having lived among the far-left of San Francisco’s moral/political sewer, and being an activist for, among other lurid things, public nudity, DePape is clearly immersed in the depravity of the counterculture. As such, he hardly fits the profile of a Trump supporter. Yet that was the connection leftists immediately sought to fabricate. The picture they have attempted to paint only becomes more twisted and complicated, as the timeline of the assault and details of police response to it are made public. Despite much confusion and likely deliberate obfuscation, it is now apparent that this was not an attack on a public figure for “political” reasons, as it was first presented. Yet the story is being repeated at every opportunity, in order to solidify that notion.

At this point, the whole affair faces one of two prospects. It may eventually be wholly investigated and factually presented to the public, but only if the truth doesn’t pose a liability to the leftist Democrats. On the other hand, if it is provably the result of seedy activity on the part of Paul Pelosi (who does indeed have a track record of such), the entire episode can be expected to vanish into thin air with no more mentions from Fake News than Hillary ever received for her treasonous breaches as Secretary of State.

The 2022 Mid-Term elections are only days away. And on every major issue of importance to Americans, Democrats are on the ropes! The leftist agenda of the Schumer/Pelosi Congress and its Biden Cabal sock-puppet in the White House, once presented with the empty promise of “Build Back Better,” is playing out horribly! The state of the Nation is abysmal compared to where it was during the Trump years. So Democrats are now growing desperate to the point of hysteria, hoping to latch onto some means of changing the subject. And the Paul Pelosi attack seemed like their gift horse, exemplifying the dangers of Right-wing extremism and hatred, except that it represents nothing of the kind.

As the phony re-construction of the event continues to implode, Americans should be asking themselves what all the lies, baseless accusations, and transparent lamenting over the fate of Paul Pelosi actually say about leftists/Democrats. What can a party really have of worth to offer the Nation, if its players believe this manner of fraud and deceit is their most effective political strategy and their best course of action?

Christopher G. Adamo is a guest author for NRN. He’s a lifelong conservative from the American Heartland. Adamo has been involved in grassroots and state-level politics for many years, seeking to restore and uphold the Judeo-Christian principles on which our Nation was founded. His book, “Rules for Defeating Radicals,” is the “Go To” guide for effectively confronting and overcoming the dirty tricks of the political left. It is available at Amazon.

Latest posts by Christopher G. Adamo (see all)
Share to break through the censorship!

Alexis Ohanian Reacts To Drake Calling Him A "Groupie" In Song

Stocks Tumble On The Heels Of Another Disastrous Inflation Report

Biden’s EPA Will Use New Regulations To Bury Coal Industry

The Democrats Have Lost Their Minds on Criminal Justice Reform

‘Ransacked’: Trump Says FBI Agents ‘Didn’t Even Take Off Their Shoes In My Bedroom’ During Raid