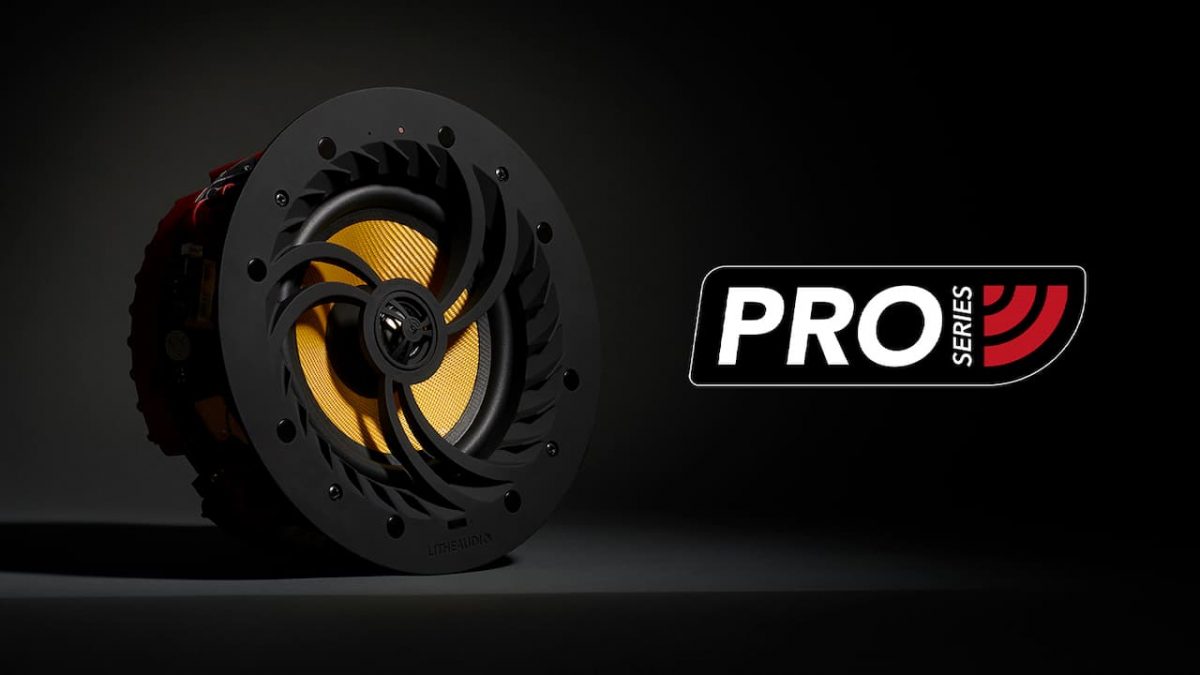 UK-based Lithe Audio has announced its entry into the U.S. residential and commercial markets with a line of all-in-one ceiling, surface, and garden speakers.

What makes most Lithe Audio speakers and systems distinct is that they incorporate an integrated amplifier, wireless input and output connectivity, and speaker components in one device.

Each speaker or system requires only a power source for installation. This makes it easier for installers (integrators) to provide wireless audio streaming in single rooms, distributed systems, and outdoors and also the assembly of wireless surround-sound home theater systems.

The Wi-Fi Multiroom Ceiling Speaker adds built-in support for AirPlay 2 and Chromecast to create distributed audio systems in the home. The speaker is available with software drivers for integration into Control4 and FIBARO control systems, with support for additional manufacturers coming soon.

At the top of Lithe Audio’s ceiling speaker line is the Pro Series Wi-Fi Multi-Room Ceiling Speaker for residential installations.

This speaker includes support for:

Find out more about WISA technology in our reference article.

Tip: For extra bass, Lithe Audio offers a 70W Wi-Fi Multi-Room Micro Subwoofer. The subwoofer is small enough to fit on a bookcase, under a bed, or behind a couch.

For rooms or areas where high-end audio quality is desired, but can’t accommodate a traditional ceiling speaker, Lithe Audio is introducing the IO1 speaker. It offers the same technology as the company’s Wi-Fi Multi-Room Ceiling Speaker but can be installed vertically or horizontally on walls, flush-mount in corners, mounted on a yard stake, and more. These options can accommodate most indoor or outdoor spaces.

Tip: The IO1 will be introduced at CEDIA Expo 2022 and is planned for release in the first quarter of 2023 (images, additional info, and pricing forthcoming).

Another solution that might work for you is Lithe Audio’s Bluetooth Garden Speaker. This speaker is IP56 rated and its rock design allows it to blend with backyard landscaping.

With the exception of the I01, all the speakers discussed in this article should be currently available to U.S. customers dependent on any stocking issues. However, pricing varies depending on what add-on capabilities and system options (singles, pairs, etc…) are purchased. Also, any installation cost is extra.

Here are links to the official product pages for the following Lithe Audio Speakers:

Lithe Audio is represented in the U.S. market by The BIG Corp, a global, full-service consumer electronics sales rep firm and consulting agency.

Lithe Audio’s solutions will be making their official U.S. debut at CEDIA Expo 2022 — from Sept. 29 to Oct. 1 in Dallas, Texas.

WTF is an OLED TV?

Technics, Sony and the 1970s: How Two Japanese Tech Innovations Changed the Game