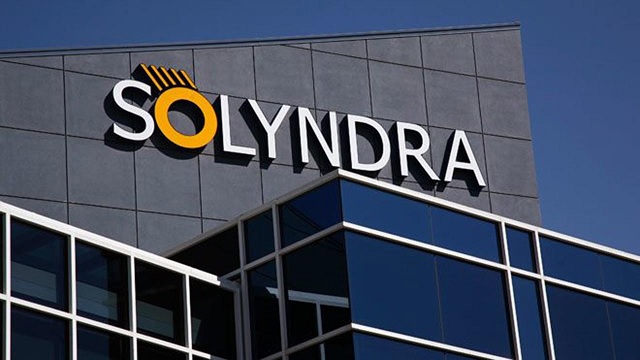 The so-called ‘Inflation Reduction Act’ passed by the Senate contains $250 billion in Energy Department loan guarantees for, among other things, renewable energy.   This should scare the bejeezus out of anybody who remembers the Solyndra green energy scandal during the Obama administration overseen by none other than Joe Biden.

The scandal resulted in $2.25 billion taxpayer dollars lost and a hundred criminal investigations.  The centerpiece of the scandal was the disastrous $535 million loan guarantee to Solyndra which went bankrupt.  Many other companies went bankrupt as well, like electric car maker Fisker Automotive which received a $529 million dollar loan to build a factory in Delaware, of all places.  Hmm, wonder how Delaware got selected.  Battery maker A123 went bankrupt after getting $250 million in stimulus money.  Then there was the Crescent Dunes thermal solar power plant in Nevada which got almost a billion dollars in federal financing, but never reached its energy output targets, and went bankrupt in 2014.

Strict controls were promised for the loan guarantee program but, instead, we got good old-fashioned graft and corruption dressed up in a shiny new eco-friendly coat.  Now we can expect a new round of companies to go bankrupt because they’re ill-conceived and have to turn to government for funding after finding no one in private financing will touch them.

The government loan office is already back in business.  In May, the Energy Department announced a $500 million loan guarantee for a hydrogen storage facility in Utah, the first clean energy loan guarantee since 2014.  But federal spending on fanciful environmental projects never really stopped.  For example, $5.5 billion in funding for electric public transit vehicles was announced in March.  Too bad about that electric bus that caught fire and burned up in Connecticut in July.   The taxpayers got smoked on that one.

You can already catch whiffs of corruption in federal energy project spending under the Biden administration.  A Biden mega-donor got a $500 million government loan to build a solar company in India.  The federal agency involved has a history of prioritizing politically connected projects backed by huge political contributors.  Joe Biden’s choice to head the Federal Energy Regulatory Commission is all in for Biden’s green energy push and with good reason.  He spent years lobbying for a company that is behind an offshore wind farm backed by the administration.  A Democrat congressman from Illinois pushed for $273 billion in ‘tax credits for clean energy’ without disclosing his ownership interest in an alternative energy company that stood to benefit from the subsidies.

A top deputy for Energy Secretary Jennifer Granholm pushed several policy recommendations from an energy storage industry lobbying group she used to work for.  Granholm herself comes from the green energy swamp, being a big investor in a green energy company until ethics rules forced her to sell her stake for a cool $1.6 million profit.

So, what we have here is a new Solyndra Corruption Act handing a bunch of green energy cronies a huge new pile of federal money with which to enrich their friends in the green energy swamp.  Expect prior patterns from the Solyndra scandal to hold.  Expect more green energy companies to gorge themselves on government dough and go bankrupt.  Expect taxpayers to lose billions more, and expect some of the loot to end up in the pockets of Biden cronies.  We know this is going to happen and a lot more of our money will go down the drain.  The only question is, how much are we going to be scammed out of this time?

Extremism In Defense of Election Integrity Is No Vice

‘Nothing Left To Cut’: Inflation Leaves Families With Children In Dire Straits