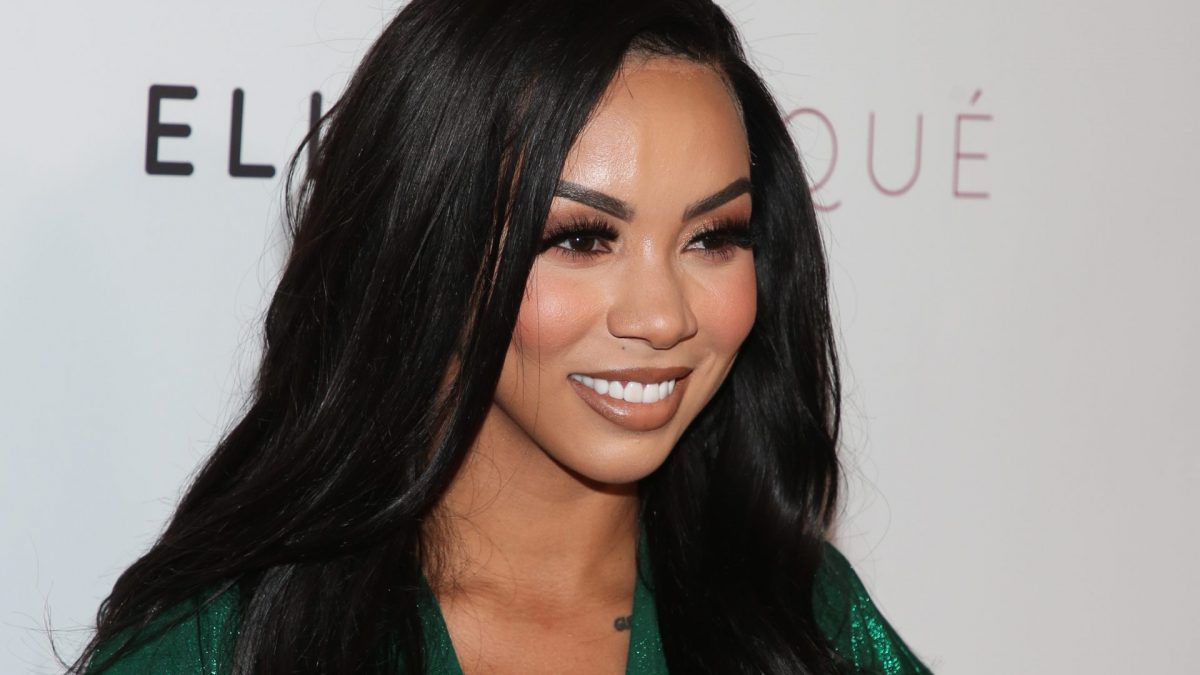 Over the weekend, Brittany Renner was booked and busy as an interviewer at Rolling Loud Miami. Yet, she didn’t spend all her time chatting up performers and the crowd! Early Monday, footage surfaced of the influencer in a water tussle with an attendee. Though she initially drenched the man, he returned the vibe, and ultimately security dragged him out of the audience. Now, the man, identified as Omar Martinez, plans to pursue legal action.

Below, you’ll see the initial viral video, which shows Brittany and Omar emptying water bottles on each other after a brief exchange. Security then approaches Omar and begins to remove him from the crowd before the video cuts off.

Omar spoke with The Shade Room on Monday, revealing his perspective of what went down. He shared a video of the moments before Brittany walked over to him. Omar can be heard saying “go Brit” multiple times. Things allegedly got heated when Omar went from cheering on her twerking to mentioning her ex-boyfriend PJ Washington. The former couple shares a toddler son they welcomed in May 2021.

“I was hyping her up at first while she was twerking as she was walking away I screamed “I love PJ” as a fan of them,” Omar told The Shade Room in written text. “So then she proceeded to walk towards me with anger, opened a water bottle about to pour on me and I told her to throw it on me because she is the celebrity here not me. After she threw her water bottle, I proceeded to throw water back.”

Before Brittany threw the water first, Omar repeatedly yelled “Fantastic Floors,” which initially confused folks online. But Omar clarified to TSR that he was promoting his floor installation business.

A closer angle of the interaction showed Brittany face-to-face with Omar, drinking from the same water bottle she later emptied on him. Omar repeatedly encouraged Brittany to “pour it on [him].” When a friend tried to remove Brittany from the situation, she persisted with the conversation. So, Brittany and Omar continued to bicker.

At specific points, she told him, “I love it,” and flicked her tongue in his direction. He responded, “let’s go viral,” teasingly adding, “that’s what I want.” Brittany replied, “get his d**k out your mouth.” When Omar began saying “Fantastic Floors,” Brittany squeezed the water bottle, splashing his face.

Brittany Responds To The Viral Exchange

Following the water throwing, security went berserk on Omar. About five guards dragged him from the crowd to toss him from the festivities. Omar fell to the ground for a few seconds during the removal. An additional source told The Shade Room that security did not put a bag over Omar’s head. Instead, the plastic seen on Omar’s head was his bookbag, which “was just over his head due to how they were handling him.”

When The Shade Room asked Omar if he plans to pursue legal action, he responded, “yes, I am, duh.” However, he was unclear whether the legal action would be against Brittany, Rolling Loud’s security, or both.

We reached out to Brittany for comment, but she left the message on seen. However, the book author took to Twitter in response to the viral conversation and potential lawsuit.

“I don’t tolerate disrespect and I’m willing to accept whatever comes behind that,” she tweeted.

I don’t tolerate disrespect and I’m willing to accept whatever comes behind that.

Major City’s Residents Resort To Crowdfunding Cops To Protect Themselves

Workers Of The World Are Uniting To Throttle Supply Chains

Police Arrest Man Suspected Of Attempting To Abduct A Barista