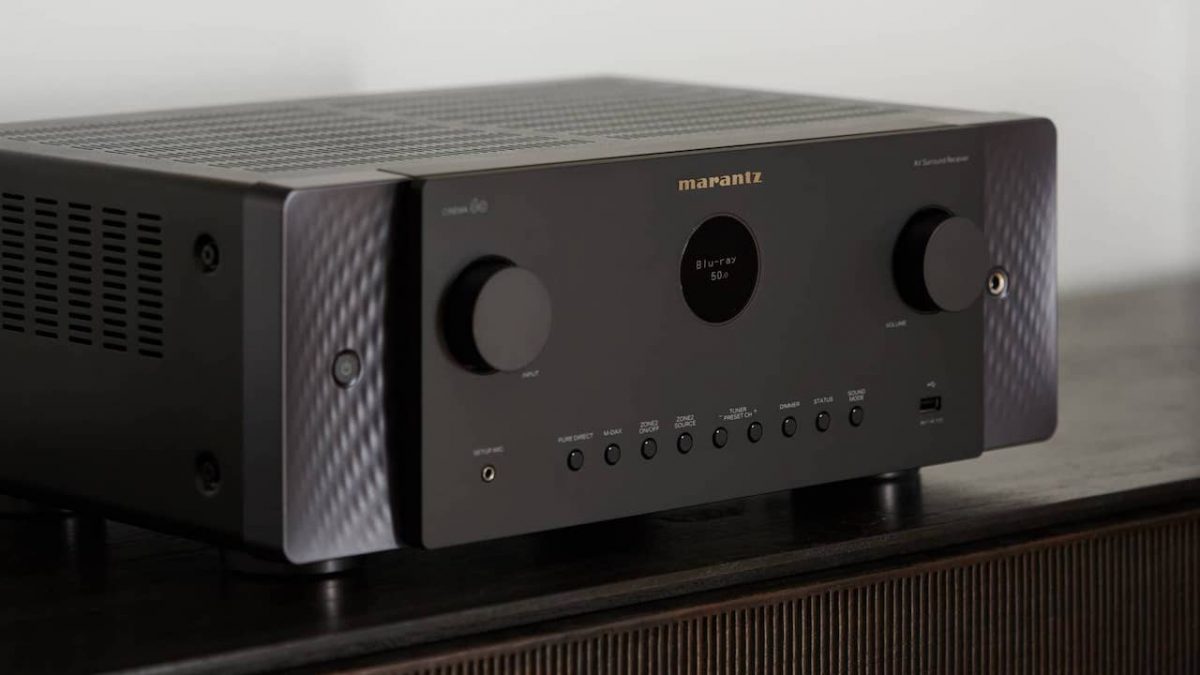 On the heels of Denon’s 2022/23 AV receiver announcement, Marantz is making some news of their own. Of course, this isn’t surprising since Denon and Marantz are sister companies under the Sound United umbrella (now owned by Masimo).

One of the the things that has made Marantz stand out with its AVRs has been its distinctive front panel designs. For 2022-2023, Marantz continues its minimal front panel looking with a porthole style status display, which is definitely an eye-catcher. If you were impressed with the Marantz Model 40n, the new CINEMA series is going to make you remove the doors of your media cabinet.

However, behind that minimal display is an assembly of features that can be overwhelming, about the only thing missing is a built-in popcorn popper.

For this article, we will only touch on the major highlights. If you tap the links on the model numbers, you can check out all of the technical features and specifications for each receiver.

Amplifier Type: All the receivers in this group incorporate Class A/B amplifiers.

Tip: The receivers, with the exception of the Cinema 60 and 70s, will support Dirac Live room correction via a future firmware update (expected to be available in March 2023, a fee may be charged).  The inclusion of Dirac Live will allow users to fine-tune speakers connected to a receiver to more accurately match the acoustic environment of the room they are placed in, providing a more well-rounded music listening experience with better accuracy, larger sweet spot, more precise voice intelligibility, as well as deeper, but less boomy bass.

Now, let’s check out some of the options each receiver in this group provides.

The Cinema 40 houses 9 discrete assignable amplifiers that can output 125 wpc and provides four subwoofer outputs. You can set up a primary and 2nd room system, take advantage of its speaker bi-amp connection flexibility, or set up the optimum Dolby Atmos, DTS:X, or Auro 3D Audio configuration for your need (support for up to a 7.4.2 or 5.4.4  channel setup).

If you want to expand your setup further, the Cinema 40 provides two additional preamp outputs (for 11 channels) that can be connected to external amplifiers.

This receiver shares most of the same features as the Cinema 40, including a built-in 9.4 channel configuration but with slightly lower per-channel power output (that’s 9 amplified channels that can output 110 watts per channel and preamp outputs for up to four subwoofers). The Cinema 50 also includes 2 additional preamp outputs for system expansion.

This receiver can easily accommodate Dolby Atmos, DTS:X, and Auro 3D audio formats in just about any room at a lower price than the Cinema 40. IMAX Enhanced and Sony 360 Reality Audio are also included. The Cinema 50 has 6 HDMI inputs and 3 HDMI outputs.

The Cinema 60 drops things down to 7 amplified channels with 2 subwoofer outputs. However, with 100 wpc the Cinema 60 is right at home in most rooms.

The Cinema 60 retains Dolby Atmos and DTS:X, but Auro 3D Audio, Imax Enhanced, and Sony 36 Reality Audio are not supported.

Here is a receiver that may appeal to many. Instead of the usual large box look, the Cinema 70s is a space-saving slimline design that decreases component clutter, but there is a caveat. Although this receiver does incorporate a 7.2 channel configuration, in order to achieve that slim line design the power output is reduced to 50 watts per channel. However, if you are setting up a modest system, this may be a good solution.

The Cinema 70s provides 6 HDMI inputs, three of which are 8K compatible. 4K/120Hz pass-through is supported via the 8K-enabled HDMI inputs. There is one HDMI output.