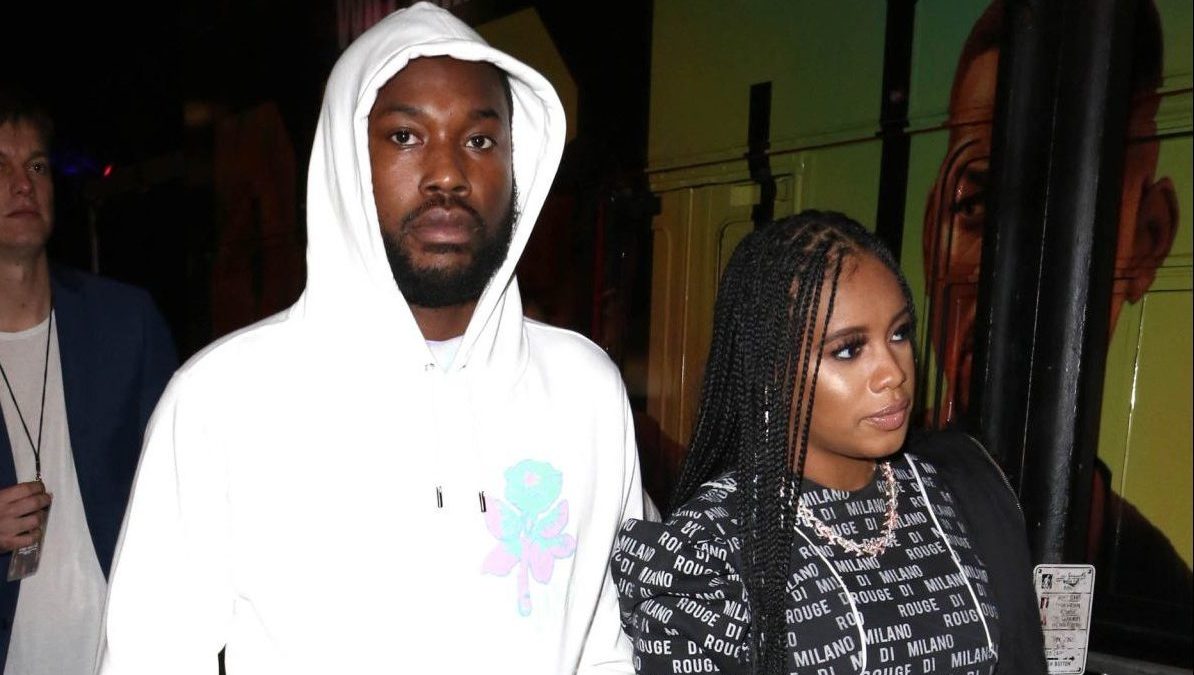 Meek Mill is turned off by BET after Milan Harris, the mother of his son, worked with the network to showcase her rap skills—or tried.

The 35-year-old “Dreams and Nightmares” rapper broke his silence on Twitter last night after a video of Milan freestyling at the 2022 BET Hip Hop Awards went viral online. Commenters rated the clip of Milan rapping about her humble beginning from being raised on the west side of Philadelphia to now being an 8-figure entrepreneur with her own fashion line.

Milan, who has over 1 million supporters on social media,  struggled a bit with breath control, she admitted in tweets, but seemed to have fun while showcasing her 16 bars. Unfortunately, Meek didn’t see it as just a fun freestyle moment but believed the television network exploited his child’s mother for promotion while seemingly embarrassing her.

In tweets, Meek explained why he thought the show humiliated Milan for promotion.

Ion like “bet” got my bm tryna spit bars for attention/clout …it’s like a setup embarrassment made to look like opportunity! and I’m with the “women hustler empowerment motion” but y’all drawin .. Pure manipulation.

Meek clarified even further his feelings about Milan freestyling on BET in later tweets. The father of two hinted that social media may have influenced Milan, 33, to do something that wasn’t necessarily the best for her image.

Milan is a serial entrepreneur, fashion designer and influencer who uses her social media channels to promote her businesses. The boss lady and Meek welcomed their son Czar together in 2020. Meek, who has his own fame from his many years in the music business, offered Milan some advice in more Tweets.

I was voicing my opinion about a connection to my life and a company I been getting money wit .. .. all them women lit love to them! Everything ain’t networking especially if you say you getting money … stay true to your self “phones” made us all get a lil lost even me!

Meek continued, calling the network out for no longer being “Black owned,” seemingly referring to Viacom acquiring BEt in 2000.

Sh*t not even owned by blacks to my knowledge…. I live life without narrative one of the reason I don’t have religion …. The streets traumatized me and hypnotized me to that and I’m breaking that! Catch me outside I’m not perfect but I’m not living in that fame narrative lol.

Shit not even owned by blacks to my knowledge…. I live life without narrative one of the reason I don’t have religion …. The streets traumatized me and hypnotized me to that and I’m breaking that! Catch me outside I’m not perfect but I’m not living in that fame narrative lol