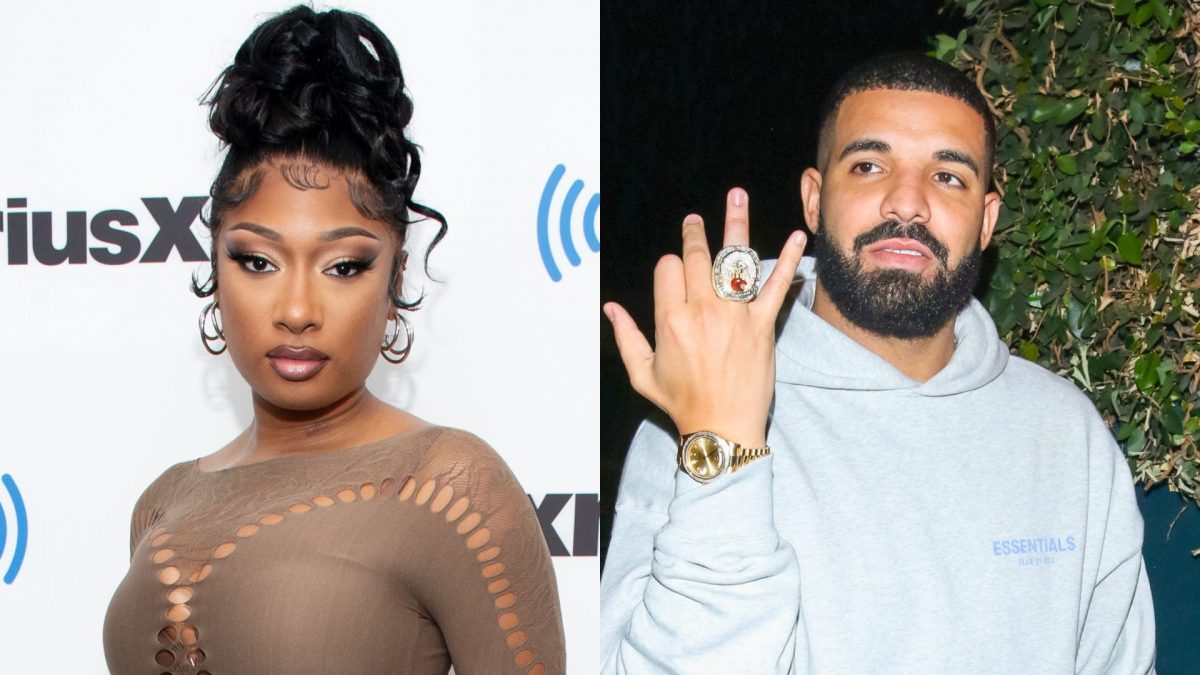 Megan Thee Stallion isn’t here for any double entendres involving her name or spoken experiences! And the Houston rapper stood her ground behind that when she seemingly responded to Drake‘s lyrics in his and 21 Savage‘s new song Circo Loco.

“I know I’m very popular but y’all gotta stop attaching weak a** conspiracy theories in bars to my name lol,” Megan tweeted. “N–gas nor hoes EVER address me or @ me WITH a fact or receipts. I AM CLOUT BITCH keep sucking my pussy.”

I know I’m very popular but y’all gotta stop attaching weak ass conspiracy theories in bars to my name lol Niggas nor hoes EVER address me or @ me WITH a fact or receipts. I AM CLOUT BITCH keep sucking my pussy

Drake and 21 released their 16-track collab album Her Loss on November 4 after a week’s delay. Circo Loco sits nine songs in. Five lines into the track’s first verse, Drake raps, “this bitch lie ’bout getting shots, but she still a stallion.”

Within an hour of the album’s midnight release, Megan was trending on Twitter. In the majority, people speculated the bar was a slight at Megan–a wordplay on her stage name and ongoing criminal accusations against Tory Lanez. Others claimed Drake was using the word stallion to reference a woman lying about getting butt shots.

When BM in hip-hop get shot, the world stops, and we have dialogues about gun violence in our community, etc., (as we should), but how come when Megan The Stallion spoke out abt Tory, she was met online harassment, her story memefied, and now the inspiration for rap lyrics…

“Megan i was talking about ass shots not gun shots” pic.twitter.com/bl5Wd3zWPO

Megan Goes IN About Using Tory Incident “For Clout”

And it looks like the Houston Hottie agrees with those saying the lyrics are about her. Her first tweet came a little after 1 a.m. on Friday.

Then, when a user said Drake DID mention her name by using “stallion” in the lyrics, she responded with her definition, “a stallion is slang for a TALL THICK WOMAN.”  Minutes later, Megan addressed her rap peers taking her Tory Lanez shooting incident as a joke.

“Stop using my shooting for clout bitch ass n–s! since when tf is it cool to joke abt women getting shot! You n–s especially RAP N–S ARE LAME,” Meg wrote. “Ready to boycott bout shoes and clothes but dog pile on a Black woman when she say one of y’all homeboys abused her.”

Megan first identified Tory as her shooter a little over a month after the July 2020 incident. She went live on Instagram on August 20, 2020, where she admitted she didn’t tell police that Tory, real name Daystar Peterson, had shot her.

In October 2020, the Los Angeles District Attorney’s Office charged Tory with one count of assault with a semiautomatic firearm and one count of carrying a loaded, unregisteredhandgunm in a vehicle.

Their statement said Megan “exited the vehicle, and Peterson is accused of shooting several times at her feet and wounding her.” Per Vulture, the criminal complaint says Tory allegedly “inflicted great bodily injury” on Meg.

This past June Megan spoke to Rolling Stone about the aftermath of the alleged shooting.

“What nobody knows is, I had to get surgery the same night. I stayed in the hospital in California for maybe four days. Then I was in New York for a while. Both of my legs wrapped up. I could not walk. I still have bullet fragments in my feet right now,” Megan said. “I was very scared that I was not able to be Megan The Stallion no more. And I was fucked up.”

Megan Says People Support Attacking Her But Not Defending Herself

Tory’s trial is expected to begin on November 28. 2022 after being pushed back from September. He is currently on house arrest as of October 28 for a separate incident involving August Alsina. Megan, on the other hand, seems to be anticipating the trial and the truth.

“And when the mf facts come out remember all y’all hoe ass favorite rappers that stood behind a n–a that SHOT A FEMALE,” Megan followed up with on Twitter.

She ended her responses by tweeting about people’s reactions to her self-defense online.

“People attack me y’all go up for it, I defend myself now I’m doing too much…every time it never ends and this did NOT happen until I came out and said I got shot…y’all down fwm okay cool fuck it bye,” Megan tweeted.

Drake nor 21 Savage have yet to publicly respond to Megan’s callouts.

In An Industry's First, ICICI Lombard Risk Management Gets Patent for An IoT System