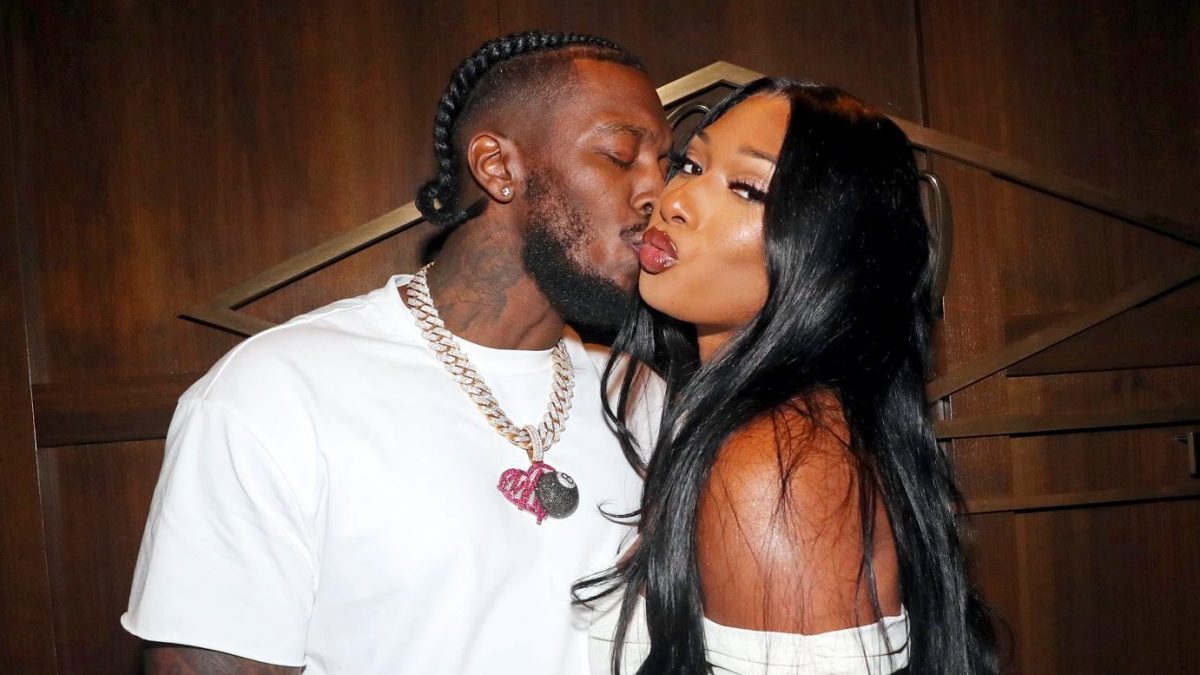 On Tuesday, Megan Thee Stallion, and her man Pardison “Pardi” Fontaine celebrated their two-year anniversary, and following their special dinner fans quickly began to wonder if wedding bells were in the near future for the couple.

Megan and Pardi dined at the Times Square location of Brooklyn Chop House in New York City Tuesday evening as they celebrated another year together. Megan was seen wearing a blue sequin dress, and she shared some moments from their special night with her followers via her Instagram stories.

She shared a video of her and Pardi as they sat inside the backseat of their car, and she also shared videos of the ambiance that was created inside the restaurant for their special dinner.

However, it was the two being captured as they left the restaurant that had people wondering if Pardi may have popped the big question during their dinner.

As they were spotted walking outside of the restaurant, photos showed that Megan had a nice rock on her finger. Leading some people to question if the rap couple could be engaged now.

However, later Wednesday, Megan took to Twitter to shut down the engagement rumors.

She simply said, “Lol as nice as last night was, we are not engaged.”

Earlier on Tuesday, Megan and Pardi both took to social media to share photo dumps of special moments to commemorate their second anniversary.

‘I Will Take This as Retaliation’: Another Vermont Father Says School District Is Punishing Him for Speaking Out Against Biological Male In Girls’ Locker Room