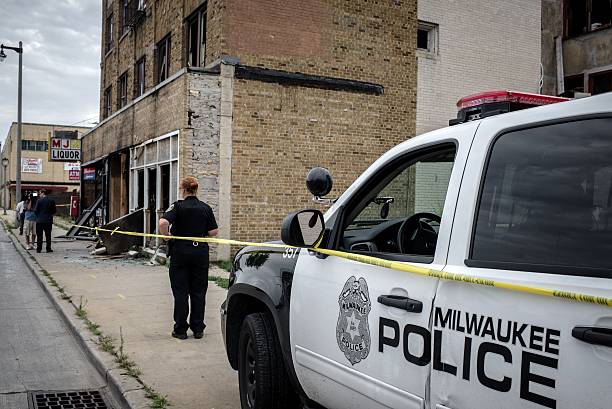 A Milwaukee woman was murdered by two men after allegedly informing one of their wives that she was having an affair with the woman’s husband.

Kania Brunson, 20, was reportedly killed by Sultan Shareef and Johnny Allen Hopgood after she informed Shareef’s wife that she was in a relationship with the suspect, according to CBS 58.

Woman Killed By Lover After Informing His Wife Of Their Affair: “She’s Reaching Out To My Wife”

The estranged couple met up on September 24, with Shareef even calling Brunson’s mother, Jennifer Meadows, a week before she was murdered.

“I want to be done messing with your daughter, but she’s reaching out to my wife,” Shareef told Brunson’s mother.

On the night of her death, Brunson met up with Shareef, where he reportedly attacked her. Meanwhile, an unidentified friend of the married man called the cops after witnessing the suspect on top of the woman as she begged and screamed for help.

“He cut my throat!” Brunson yelled.

Authorities arrived at the scene shortly after the 911 call, however the pair were no longer there. A few hours later, cops received another call and eventually discovered Brunson’s body, which was found bound together with gunshot wounds and having been set on fire.

Investigators questioned Shareef’s wife, who said her husband was with her on the night in question, however surveillance video footage determined she was lying.

Brunson wanted to become a veterinarian or an orthodontist, but had enrolled in cosmetology school, the outlet reports.

Victim’s Mother Intends On Going After Everyone Complicit In Her Daughter’s Death, Suspects Held On Bond

Meadows went on to say that even after the arrests Shareef and his brother-in-law, Hopgood, she still intends on going after everyone complicit in her daughter’s death.

“They think that they’re gonna be out here and live their normal life after they, you know, helped with this,” Meadows said.

What is the Easiest Way to Get Life Insurance Coverage?

Tina Lawson Shares How Proud She Is Of Beyoncé After She Earns Her Seventh No. 1 Album