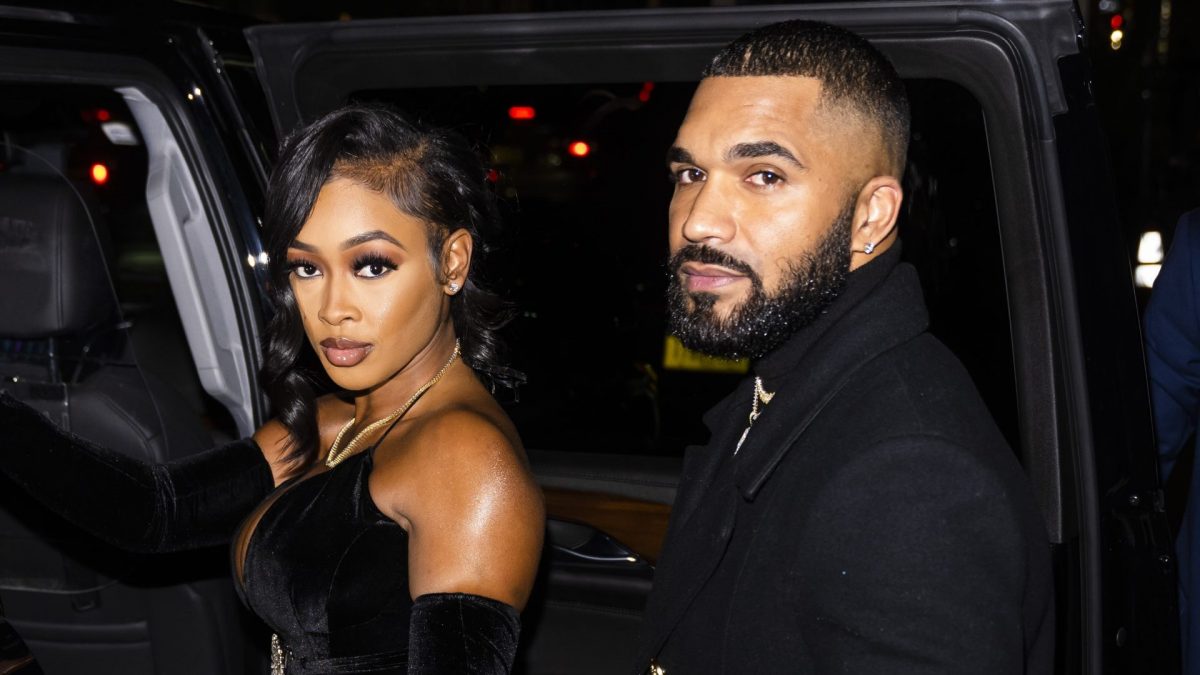 Things got spicy between two women who have a lil’ something thing in common when it comes to Tyler Lepley! Girlfriend Miracle Watts recently unloaded on his alleged ex-fianceé April King on social media. The mother of his first two children sparked the exchange after she challenged a clip of Miracle claiming Tyler and her kids, Leo and Jade, as her own.

Miracle recently posted a video about staying on your grind despite setbacks. The pregnant mother used the example of her business and its fluctuating sales.

“I know y’all probably look at it like she got this many followers, I’m sure her sales just be out the f***ing roof,” Miracle said. “They don’t! Lord, I wish they did, but your girl stay motivated, stay consistent. And I’m finna be a mama or whatever. I gotta buy some milk, I got kids to feed. So I just, I can’t give up.”

April King Tells Miracle Watts “They Are Not Your Children”

Sometime after Miracle shared the video, she took to her comment section to confirm a statement a user made saying, “I heard KIDS as in more than 1.” Miracle responded, “yes, I have 3 kids [heart emoticon].”

“…you do? You have met Leo twice and Jade once. They are not your children,” April fired at Miracle.

Miracle broke down her response to April into three parts, with a lil’ razzle-dazzle of shade on the side.

“@aprilamking #1 I would never try to fulfill your shoes as a mother, I have my own shoes to fill. #2 as [a] woman and mother you should feel good about someone who wants to embrace your children and include them as a family,” Miracle wrote to April. “Would you prefer the opposite? #3 I don’t do internet games, you have my number MS.KING!”

The influencer added her spicy sauce on top in a separate comment, saying “& I’m happy you can FINALLY write me from your real page.”

After Hollywood Unlocked posted a TikTok video of Miracle Watts seemingly throwing additional shade, she hopped in the comment section with more to say.

“THAT IS NOT THAT MAN “EX FIANCEÉ,” Miracle directed at HU who used that description of April in the caption. “They were never engaged, nor did he cheat on her with me while they were together chileee. Idk who made that up, but it’s FALSE!”

Other Instagram users quickly hopped in the thread with additional answers and Miracle provided them! One person wrote, “so they were already broken up? cause everybody making it seem like they was still together.”

“Yes, she and I even had a conversation and she confirmed it, but that part never makes headlines,” Miracle responded.”

She later added, “NOT AT ALL” when another user asked if he left April for her.

At the time of publication, April King seemingly let Miracle have the last word and slight shade! She didn’t respond to the additional accusations. Meanwhile, Tyler Lepley took to his stories to let folks know a vacation is loading!

Months later, Tyler went public with new bae. However, the couple didn’t hold back on the public displays of affection. Throughout the months, they posted several steamy videos, pictures, and even jokes on social media.

Whewwww! Miracle Watts and Tyler Lepley left it all on that couch, okay! 😩 (🎥: @ss_shootasteph) pic.twitter.com/GFJGGzjuLm

By mid-May of 2022, they announced their pregnancy in a skit-like video!

The month prior, the couple seemingly purchased their first home together.

OHKAY! It looks like things are getting serious between Miracle Watts & Tyler Lepley! The two just purchased a home together 👏🏽 📷:(@lovelycg ) pic.twitter.com/ubX26qO9Jc

Home, baby, and lovey-dovey moments aside, the couple is also getting to the bag together! They recently collaborated on a co-ed swimsuit line with Icon Swim.

Miracle also joined Tyler on the season two set of P-Valley for a role as a bartender at The Pynk.

Ooo this scene with Tyler and Miracle is sexyyyyy . #PValley pic.twitter.com/OV3SDhLycR