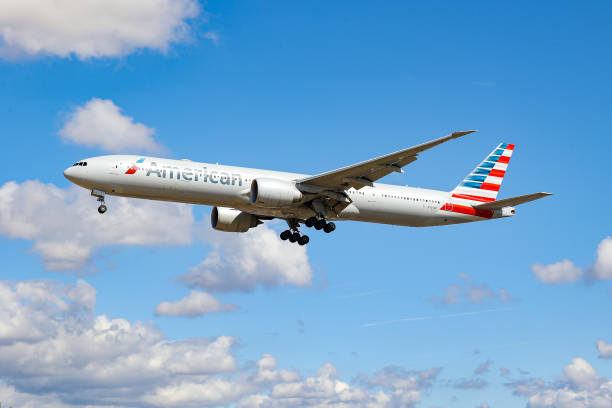 A young mother ended up giving birth mid-flight to her baby boy 36,000 feet in the air, and even named the child after his amazing mid-“sky” delivery.

Kendria Rhoden, 21, of Hartford, Connecticut, was cleared to fly by her doctor at 32 weeks with her due date set for October 23, according to KKTV.

So in September, she decided to go on a trip with her family to the Dominican Republic before welcoming her baby boy.

The health-care worker began experience cramps in her airplane seat as the American Airlines flight took off from New York City. Within 34 minutes into the flight, she had gone into full-fledged labor, prompting the cabin crew to assist in delivering the child.

“These carried on and 34 minutes into the flight, my waters broke,” Rhoden told Caters. “The cabin crew were such a big help.”

The extremely-pregnant woman was sitting next to her sister, Kendalee, 26, who quickly realized her water had broken mid-flight.

“I was shocked,” Kendalee told the outlet. “I kept asking if she was sure until she stood up, and the entire seat was drenched!”

Kendalee then told the rest of the family who happened to be on the flight, and hit the panic button causing the “flight attendants (to) rush over to the scene.”

“We’ve Got A New Passenger Aboard:” Crew Members Announce After Assisting In Delivery

Four members of the flight’s crew ran to woman’s assistance, and after “an extremely stressful 20 minutes” an announcement was made that “we’d got a new passenger aboard.”

Skylen Kavon-Air Francis. “I just remember everyone filming us when we were coming off the plane, and they were all saying congratulations to me,” the new mother added.

Skyline, who was named after his airborne arrival, was carried off the plane in the Dominican Republic as everyone clapped and welcomed the new passenger.

The newborn did have to spend the first four days in the neonatal intensive care unit due to his premature arrival, while the family worked to determine Skylen’s nationality and get him back stateside.

The Rhoden family has since visited the American embassy to confirm the child’s American nationality and expedite his emergency passport which currently lists his birthplace as “in the air.”

Doctors instructed Kendria to remain on the Caribbean island for a few weeks, however the family has since returned home safely.

“I feel good now because I’m home and he’s safe. He’s where he needs to be right now,” Kendria told KKTV. “So, I would say I’m happier than I was in the Dominican Republic.”

Now an aunt, Kendalee has shared several clips of the miraculous story on TikTok last month, which went viral as millions of people tuned in to follow.

Commenters joked about the wild nature of Skylen’s birth, with one saying being “born in the air is the biggest flex.”

“Born in the air is the biggest flex,” jacquesangy wrote. “Now that gives a new meaning to airborne,” Russel Rush9881 joked.

“Not the baby being AirDropped,” ChristianDior commented.

Tiger Woods Is Officially A Billionaire!