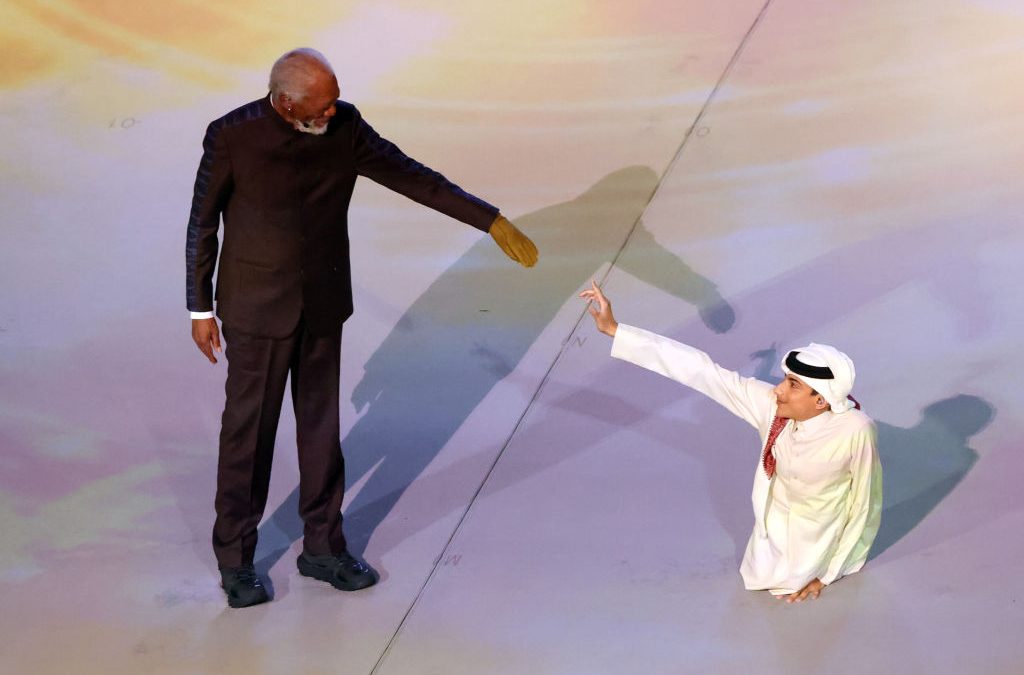 Morgan Freeman is being slammed by fans for participating in this year’s Qatar World Cup opening ceremony on Sunday, and even narrated the opening segment in the Middle Eastern country, which stands accused of continuous human rights violations.

The 85-year-old actor kicked off the festivities at the Al-Bayt Stadium in Doha, according to the Independent.

“We gather here as one big tribe and Earth is the tent we all live in,” the Oscar winner told the crowd.

The government of Qatar took several measures to ban armbands supporting the LGBTQ “OneLove” campaign. According to FIFA, players sporting such armbands would be given a yellow card.

Qatar also banned the consumption of meat products and beer, two days before the matches were set to kick off.

Since 2013, when Doha won the bid to host the World Cup, rights groups have called out Qatar’s poor human rights record, particularly on LGBT rights, civil liberties and treatment of migrant workers, according to The Hindu news outlet.

The state of human rights in Qatar has remained an ongoing concern for several non-governmental organizations, namely Human Rights Watch, which reported in 2012 that hundreds of thousands of mostly South Asian migrant workers in construction in the country risk serious exploitation and abuse, sometimes amounting to forced labour.

The National Human Rights Committee was established in 2002 to investigate such human rights abuses.

And fans were quick to excoriate Freeman for participating in the country’s opening ceremony.

Who is Ghanim Al Muftah, the Qatari icon who shared the stage with Morgan Freeman?

“For a man who played Nelson Mandela — who knew better than anyone the impact and importance of isolation on a country and its success on the ground to change that nation’s policy,” tweeted one angry fan. “It is so disappointing to see #MorganFreeman take the money and support an oppressive regime.”

“Qatar out there with Morgan Freeman spitting words like unity/inclusion in an effort to promote tourism, and then not practicing it,” a third commented. “For all the ‘their country their rules’ crowd out there, sure. But then they don’t get to lie bout what they’re really about just for a cash grab.”

“Morgan Freeman should be ashamed. How much they pay you? How much is your integrity? Never rise your voice to talk about of minorities. You just lost that privilege,” blasted another commenter.

Human Rights Issues Cause Other Celebs, Performers To Drop Out Of World Cup Appearances

The ongoing controversy plaguing the World Cup host country has seen several celebrities back out of commitments, including Shakira and Dua Lipa.

Freeman did not immediately respond to the New York Post‘s request for comment.

Twitter Speculates That Tinashe Was 'The Blueprint' For Saweetie