Home > News > Move over J6 protesters, the left is back outdoing you with violence 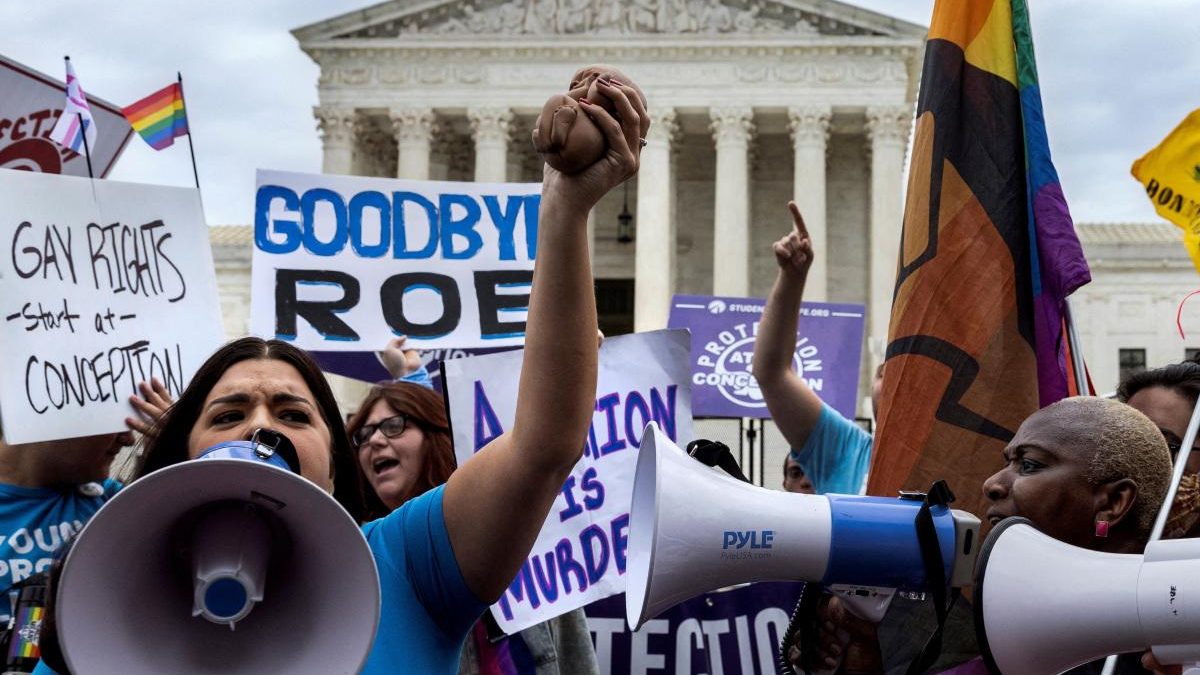 Move over J6 protesters, the left is back outdoing you with violence

A year and a half later, the Democrats are still plodding through weeks of public hearings addressing the protest at the U.S. Capitol on one night, January 6, 2021, as if the violence was so dangerous it was going to destroy the country. The hearings haven’t gotten anywhere because with the exception of a couple of turncoats, Republicans aren’t participating since they view it as a witch hunt, and it’s not easy turning concern over voter fraud into serious crimes.

Now the House Select Committee investigating Jan. 6 looks sillier than ever, as just one night of violence after the Supreme Court’s decision reversing Roe v. Wade was issued on June 24 easily eclipsed the violence on Jan. 6.  Rabid pro-abortion supporters held lawmakers hostage in the Arizona State Capitol building while they violently pushed on the doors to get in. A Colorado crisis pregnancy center was set on fire and vandalized by graffiti. In Portland, Oregon, protesters broke windows and left graffiti.

Ten people in Oregon were arrested, some for throwing rocks, smoke bombs and water bottles at police, as well as resisting arrest, and six were arrested in South Carolina, including for resisting arrest. At least 25 were arrested in New York City, where some vandalized the Women’s National Republican Club and took their tops off. Protesters in Los Angeles attacked the police with a flamethrower and other objects, and attacked a car with a stick, resulting in the arrests of at least 25.

In a memo issued on June 24 warning about the violence, DHS specifically identified a pro-abortion group calling for violence, Jane’s Revenge. The group, which was formed in May after the SCOTUS abortion opinion was leaked, posted online calling for “a night of rage” after the SCOTUS opinion was issued, stating, “we need the state to feel our full wrath” and “we need them to be afraid of us.” Jane’s Revenge has claimed responsibility for vandalizing the campaign office of a member of Congress, a pro-life group, and at least three arson attacks since May targeting pro-life organizations in Oregon, New York and Wisconsin.

DHS said there are at least 11 incidents where pro-abortion “domestic violent extremists” vandalized religous organizations threatening violence, including threatening to bomb and burn a church in New York. Jane’s Revenge vandalized a crisis pregnancy center in Virginia and committed arson at another one in Colorado.

The homepage of Jane’s Revenge clearly states at the top, “Everyone with the urge to paint, to burn, to cut, to jam: now is the time. Go forth and manifest the things you wish to see.” The vandals spray paint the message on targeted buildings all over the country, “If abortion ain’t safe, you ain’t safe!”

Violence but no arrests?

Yet despite the violence in Phoenix, which forced police to use tear gas, not a single protester was arrested. In fact, two of the few people who appear to have been arrested across the country were pro-life protesters. A man was arrested for using a megaphone too loudly, and a woman was arrested for not removing a sign she had attached to a pole.

Protesters have been demonstrating for weeks outside the homes of conservative Supreme Court justices, and one was arrested earlier this month for plotting to kill Justice Brett Kavanaugh.

The left has long been the home of violence, probably due to their rejection of Judeo-Christianity which denounces violence. The Black Lives Matter and Antifa rioting in the summer of 2020 after the death of George Floyd, along with similar protests afterwards related to the deaths of black men, caused far more violence than the Jan. 6 protest. The arson, vandalism, and looting that occurred between May 26 and June 8, 2020 caused $1–2 billion in damages nationally, the highest recorded damage from civil disorder in U.S. history. By the end of June 2020, at least 14,000 people had been arrested.

Unlike the J6 protest, where the only victims who died were the protesters at the hands of police (a few police officers died later from unrelated causes), the race riots resulted in numerous deaths. Two teenage black men were killed at Seattle’s autonomous CHOP zone that summer, which was described by Seattle’s then-mayor Jenny Durkan as “the summer of love” and “more like a block party atmosphere.” Durkan later ordered the zone shut down. The left-wing Guardian admits that 25 people were killed across the U.S. due protests in 2020, almost all related to left-wing violence.

Some of the deaths were caused due to right wingers defending themselves against left-wing aggressors, like Kyle Rittenhouse, who was acquitted of all charges after fatally shooting two left-wing protesters who attacked him.

DHS warned that the abortion violence may continue for weeks. A far left channel called for burning down all churches except black churches. My lefty friend, who closely monitors the pulse of the left but says he personally abhors violence, told me, “I think the violence is just getting started as anger and hatred grows toward your side.” In a June 26 post on Anarchist Federation, Jane’s Revenge warned, “To all the conservatives, Fox News anchors, judges, cops, Christian extremists, or federal agents reading this: This attack is nothing in compare to what is in store for you. Some spray paint will be the least of your worries…So far its just been pregnancy crisis centers, but tomorrow it might be your cars, your homes, or even your lives.” [sic]

So why isn’t there a House committee investigating Jane’s Revenge and the abortion violence that has occurred since the Supreme Court’s opinion was leaked? It’s clearly just going to get worse. Because the left has two standards of justice in this country; violence by left-wing extremists is blown off as “peaceful protesters,” while violence by right wingers is exaggerated and treated as far worse than it really is. With Republicans expected to retake the House later this year, maybe we can expect a J24 committee in January.

Rachel Alexander
Rachel Alexander is a guest author for NRN, conservative commentator, and editor of the Intellectual Conservative. A recovering attorney, she frequently appears on TV and news radio. She previously served as an Assistant Attorney General for the State of Arizona, corporate attorney for Go Daddy Software, and Special Assistant/Deputy County Attorney for the Maricopa County Attorney’s Office.

Beef Prices Are Going To Stay High — Here’s Why

‘How Is Joe Biden Not Guilty?’: Jesse Watters Calls Out Biden’s Rhetoric After Politically-Motivated Killing