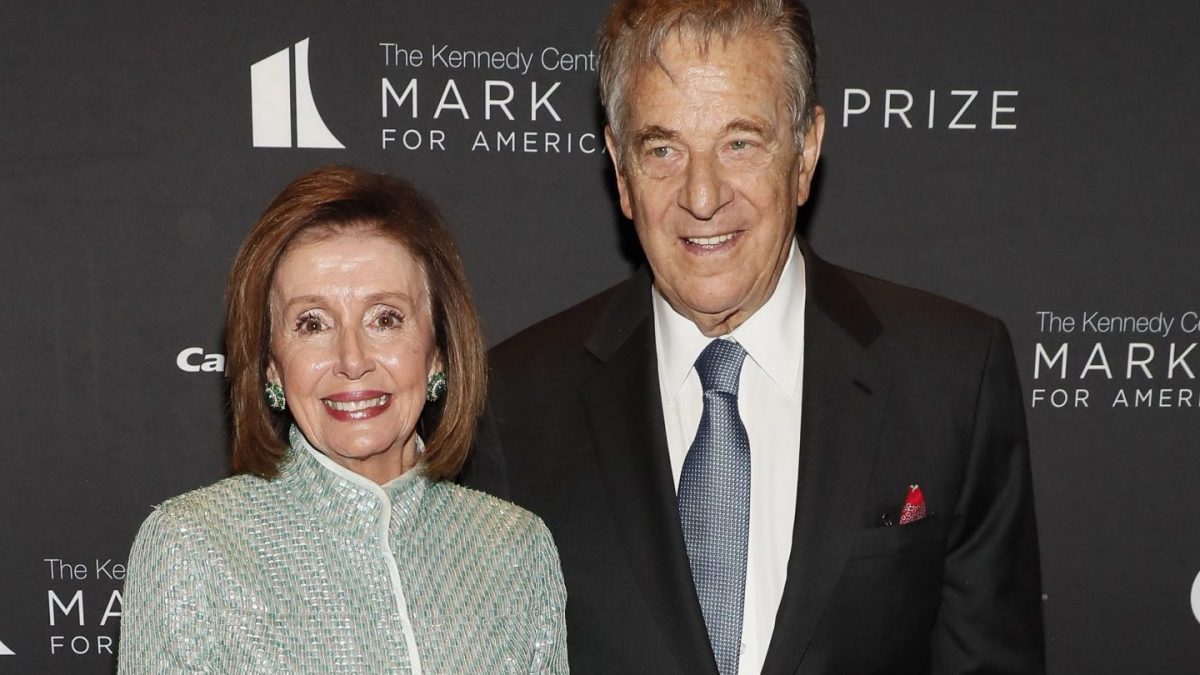 On Friday, it was announced that Paul Pelosi, the husband of House Speaker, Nancy Pelosi, was hospitalized after being severely beaten with a hammer after an intruder broke into their San Francisco home.

According to the Associated Press, the intruder was reportedly looking for Nancy as he shouted, “Where is Nancy, where is Nancy?” Police arrived at the home shortly after 2 am where they found Paul, 82, and the suspect, who has been identified as David Depape, 42. Police Chief William Scott said that both men grabbed onto the hammer, and Depape yanked it from Pelosi and began to beat him with it.

Pelosi was taken to Zuckerberg San Francisco General Hospital after he suffered blunt force trauma and was struck several times in the head.

The exact details of Pelosi’s condition were not shared, but a spokesperson did say that he would recover.

Nancy Pelosi was in Washington at the time of the attack as she was scheduled to appear at an event with Vice President Harris on Saturday. She has since canceled her appearance.

A motive for the attack is still under investigation. However, the AP reports that three people with knowledge about the investigation spoke on condition of anonymity and shared that Depape targeted Nancy and Paul Pelosi’s home.

Vice President Harris spoke out about the attack and said,

Doug and I are appalled by the attack on Paul Pelosi, Speaker Pelosi’s husband. The entire Pelosi family is in our hearts and we wish him a speedy recovery.

CNN reports that Depape posted several memes and conspiracy theories on social media that were in relation to Covid vaccines, the 2020 election, and the January 6th attack on the Capitol. These posts were made through Facebook, which has since been removed.

Relatives did confirm that the account where the memes and conspiracy theories were posted, did belong to Depape, and that he had been estranged from the family for some time.

TV’s Biggest Night Brought Out The True Fashionistas On The 2022 Emmys Red Carpet!