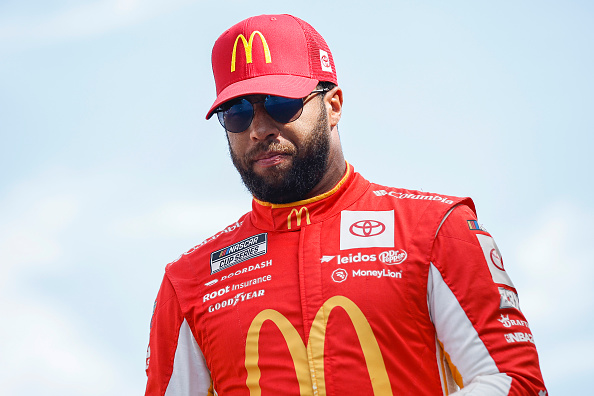 Bubba Wallace will be off the racetrack for one game after NASCAR launched an investigation into an incident that occurred over the weekend. According to AP, NASCAR has suspended Wallace for one game after determining he “deliberately” crashed into Kyle Larson’s car on Sunday. Shortly after, Wallace and Larson engaged in a physical altercation.

Bubba repeatedly shoved Larson after the incident and was even seen pushing away a NASCAR official before heading back to the pit.

While many fans were under the impression that Bubba was suspended because of his hot-headed nature after the crash Head of Competition and Racing Operations Steve O’Donnell explained that the organization determined that his behavior on the track was intentional and extremely dangerous.

When we look at how that incident occurred, in our minds, (it was) really a dangerous act that we thought we intentional and put other competitors at risk.”

Bubba Wallace issued an apology for his behavior in a statement on Twitter saying, “I want to apologize for my actions on Sunday following the on-track incident with Kyle Larson and the No. 5 car. My behavior does not align with the core values that are shared by 23XI Racing and our partners, who have played a crucial role in my incredible journey to the top of this great sport.”

He continued: “I want to apologize to NASCAR and the fans, along with Christopher Bell, Joe Gibbs Racing, and Toyota for putting them in a situation in the Playoff that they do not deserve.”

Despite the apology, 23XI Racing revealed that the company has no plans to appeal the suspension.

23XI is aligned with NASCAR on the one-race suspension issued to Bubba and we understand the need for the series to take a clear stand on the incidents that took place at Las Vegas Motor Speedway. Bubba’s actions are not in keeping with the values of our team and partners.”

Bubba Wallace should be arrested for assault!pic.twitter.com/2Spknp5QzO