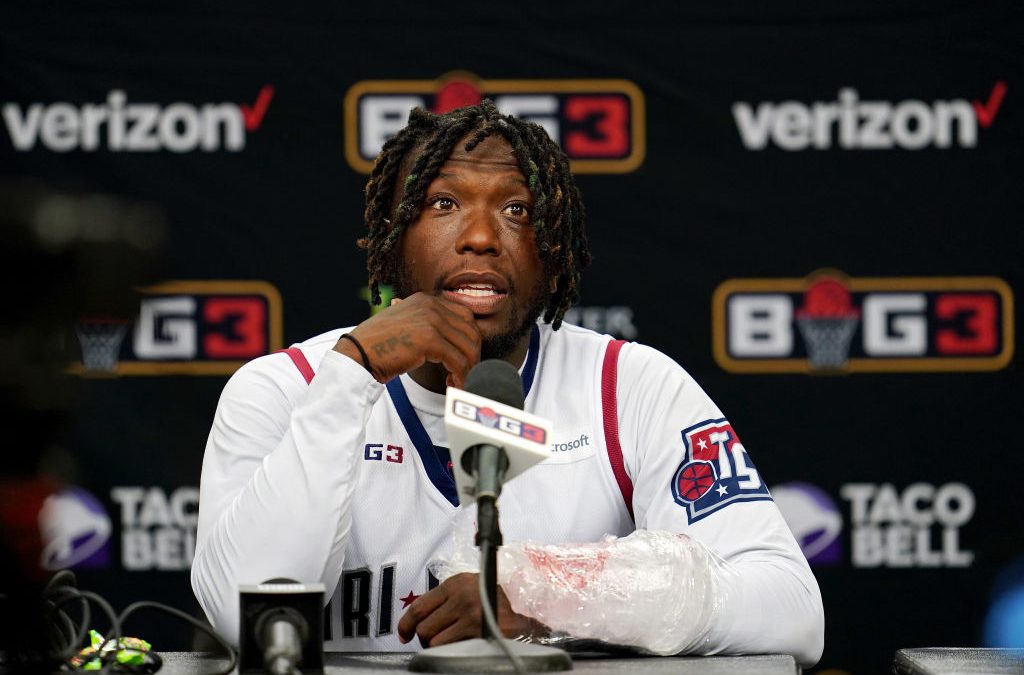 Former NBA player Nate Robinson revealed he’s undergoing treatment for kidney failure – an issue that has plagued him for the last four years, according to The Athletic and Stadium’s Shams Charania.

On Saturday, Robinson said in a statement that he ultimately decided to share his story because he want’s “to be the voice for all those who are having trouble speaking about this illness, and come together for a greater cause – our health.”

“Never Been A Vocal Leader On The Court… But Now It’s Time For Me To Speak Up,” Robinson Says

He added that while he “was never a vocal leader on the court,” preferring “to lead by example, but now it’s time for me to speak up.”

“I am currently undergoing treatment for Renal Kidney Failure and have been privately dealing with it for the last four years…. I was never a vocal leader on the court, I preferred to lead by example, but now it’s time for me to speak up and help all those affected by or dealing with Kidney Disease,” Nate’s announcement read.

Robinson went on say that he was grateful for the car and support he’s received.

“I am grateful for the care and support I’ve received and continue to receive during this process, and I hope through this announcement that I can help others like me.”

According to Kidney.org, acute kidney failure requires immediate treatment. The good news is that acute kidney failure can often be reversed. The kidneys usually start working again within several weeks to months after the underlying cause has been treated. Dialysis is needed until then.

Dialysis is a procedure to remove waste products and excess fluid from the blood when the kidneys stop working properly, and often involves diverting blood to a machine to be cleaned. Missing dialysis treatments can be deadly.

The 38-year-old three-time NBA Slam Dunk Contest winner had previously been selected by the Phoenix Suns in the first round of the 2005 NBA draft before being traded to the New York Knicks, where he played for four-and-a-half seasons.

The Knicks eventually traded Robinson to the Boston Celtics in 2009-2010. He was traded again the next season to the Oklahoma City Thunder, before bouncing around to several other teams before retiring from the league in 2015.

Robinson continued to play basketball overseas until 2018, and even played in BIG3 3-on-3 basketball league, which was co-founded by rapper Ice Cube.

Outside of the court, Robinson lost by brutal second round knockout in a highly-publicized boxing match against YouTuber Jake Paul in 2020, famously immortalized in a series of gifs and memes that kept him viral for the better part of that year.