Home > News > Never Forget That on August 25th, 2020 Kenosha, Wisconson Was Burning and Kyle Rittenhouse Was There Defending It! 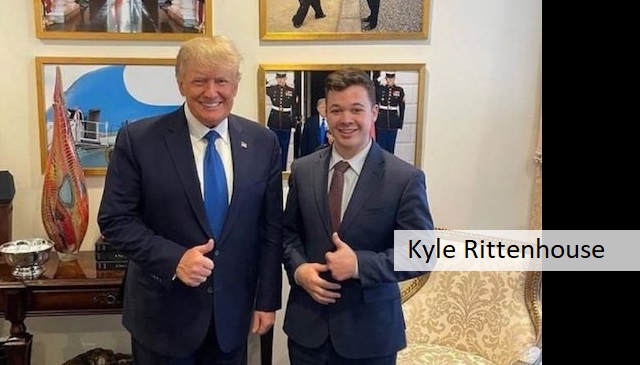 Never Forget That on August 25th, 2020 Kenosha, Wisconson Was Burning and Kyle Rittenhouse Was There Defending It! August 25th, 2020 is a date that changed the lives of Kyle Rittenhouse and his family forever. Here’s why.

It’s the date, two years ago, that Kenosha was incinerated by a violent mob and Kyle Rittenhouse almost lost his life trying to protect property and innocent life.

After barely escaping alive that night, each and every moment since was spent fighting for Kyle’s freedom.

Against a corrupt, broken news media which lied to your face and seemed intent on fueling a race war for ratings and political vendettas.

Against left-wing political arsonists who were happy to see the country burn as long as they could rule over the ashes.

Against Big Tech tyrants whose obsession with absolute control would make the CCP blush.

With the support of countless patriots in every corner of this country, Kyle beat the odds and won his freedom.

But now, with the civil battle officially underway, he finds himself with his back up against the wall once again. So with this week’s very grim two year anniversary, I ask two things of you.

First, we ask you to leave him a very short note of support for Kyle as I know how deeply the experiences of that night must have impacted him. Hearing something positive from those who’ve had his back would mean a great deal.

And second, we are still short of our first big civil fundraising goal, so his mother Wendy Rittenhouse asks you to help us raise another $20,000 by the end of the weekend. Even if it’s just a few dollars, we would deeply appreciate it.

Wendy Rittenhouse writes, “Obviously, Kyle’s fight has been as personal as it gets for me. But this became bigger than just Kyle. It’s about ensuring that America is a place of fairness. Of justice. Where the powerful cannot defame, censor and crush the everyday citizen. Where we have the right to defend ourselves, and in doing so not lose our reputation, our assets and the chance to live a normal life. This is a big week for Kyle, and Wendy hopes you will help make it a good one.”

The post Never Forget That on August 25th, 2020 Kenosha, Wisconson Was Burning and Kyle Rittenhouse Was There Defending It! appeared first on Dr. Rich Swier.

Why US Needs to Remain Engaged With Bulgaria

Dems’ ‘Inflation Reduction Act’ Will Have No Effect On Inflation, Analysis Finds

SHEFFIELD: Biden Must Decide Soon On Whether To Wipe Away Student Loan Debt — Here’s Facts He Can’t Ignore

Joe Manchin Refuses To Endorse Biden For President In 2024