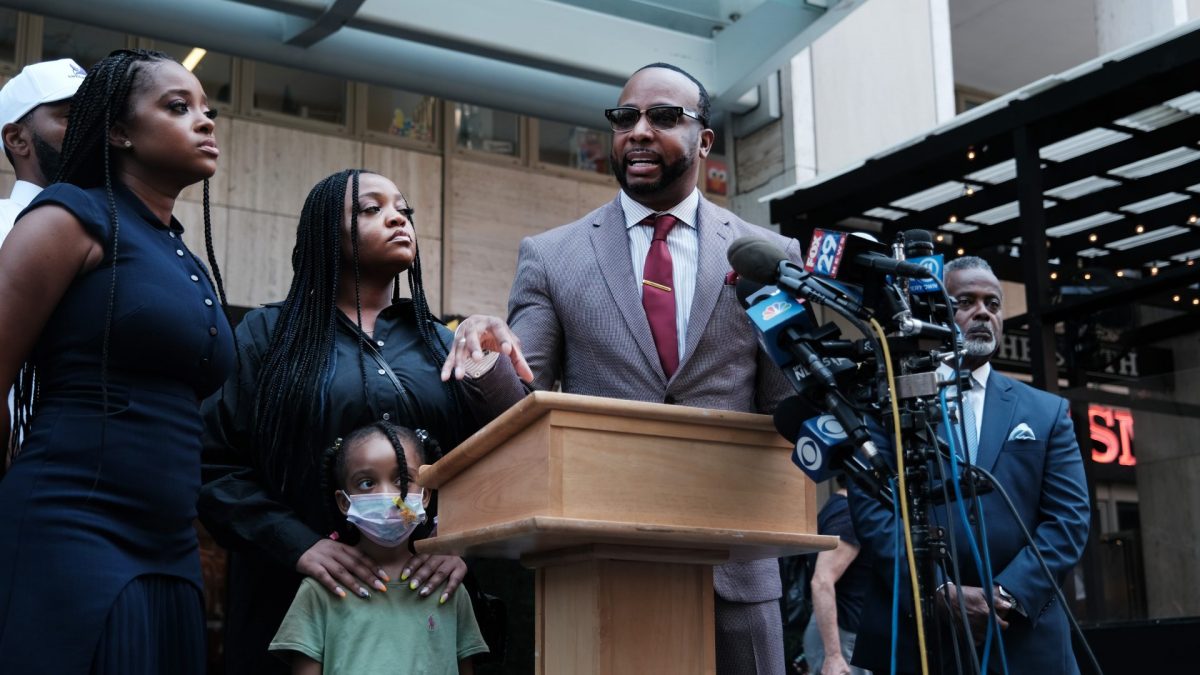 The family from the viral Sesame Place video continues to apply pressure as they proceed to call the park out as they allege that two of their children were discriminated against. On Wednesday, the family along with the social justice organization Until Freedom, held a press conference in New York City to address the incident.

During the press conference, the mother who recorded the viral video, Jodi Brown, was joined by her niece Nylah Brown, one of the two young girls from the video, as well as her attorney B’Ivory LaMarr. It was revealed that her daughter Skylar Brown, the other young girl from the video, is currently in isolation as a result of the incident.

When asked what the family is seeking, they made it clear that no amount of money will make right after what the experience has caused. Instead, they are looking for Sesame Place to take full accountability for the situation, as well as the termination of the performer in the Rosita costume from the video. They are also demanding that the company takes care of any health care or mental care expenses that the children may need due to the incident.

“Mental illness is real, we deal with this all across the country. It only takes one episode sometimes to have a dire consequence. So we want to recognize that and make sure that they’re taken care of in that regard.”

He continued to share that the company has less than 12 hours to come out with a more genuine apology for the family, or they would release what happened in addition to what was captured on the viral video.

Check out the full press conference below:

As previously reported, after Jodi Brown’s video went viral on social media, Sesame Place issued an apology that she said was not geniune, and was used to only save face. More families later shared their own personal videos also calling out the park, and they then released an additional apology.

US Army Abandons Recruitment Goals, But Not Its Woke Policies

Justin Sylvester Says People Took The Viral Cooking Clip With Jenna Bush Hager “Out Of Context,” After She Gets Called Out For Being Too Touchy

Nick Cannon & Abby De La Rosa Enjoy Their Baby Moon As They Await The Arrival Of Their New Baby!