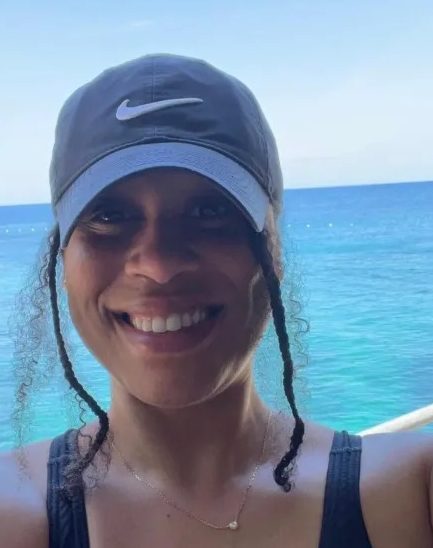 Nicole L. Linton, the woman responsible for the deadly Windsor Hills crash, has been released from the hospital and is in police custody, according to Fox News. The nurse is being held on $9 million bail at the Century Regional Detention Center in Lynwood, California. Originally the bail was set at $2 million.

As we previously reported, Nicole was arrested Friday on suspicion of vehicular manslaughter with gross negligence after the high-speed crash happened around 2 p.m. on Thursday at the intersection of Slauson and La Brea Avenue. During the collision, Nicole’s Mercedez-Benz ran a red light at an accelerated speed.

California Highway Patrol (CHP) stated, “Due to extensive fire damage, it is unknown at this time the make and model of the involved vehicles and which vehicles the involved parties were traveling in.” Reports state that other victims have been identified. 66-year-old Craig Pitchford, a possible pedestrian, was identified by the coroner’s office. CHP reported the sixth victim was later found dead in the burned wreckage of one vehicle, but their identity has not been released.

Eight others were injured in the collision, including seven occupants of a Chevrolet Traverse. The driver was 33-year-old, a one-year-old boy, and three teenagers suffered moderate injuries. However, two additional teens inside the vehicle sustained minor injuries. In addition, an eighth victim, a 19-year-old driver of an Audi A3, also suffered minor injuries.

Several people have discussed the tragic accident, including Nicole’s employer Kaiser Permanente. According to her LinkedIn profile, she listed she was a travel nurse employed by a health- care staffing agency and had been working in the intensive care unit at Kaiser Permanente West Los Angeles Medical Center.

The organization issued a statement Friday saying,”Everyone at Kaiser Permanente is deeply saddened by Thursday’s horrific crash. It’s impossible to imagine the pain those involved are experiencing. Our thoughts are with everyone affected by this tragedy. At this time, we are not able to comment on what has been reported as a criminal investigation.”

Currently, Nicole is expected to be charged by Los Angeles County for the deaths of six people. Our thoughts continue to be with those affected.

‘Outrageous’: EPA Agents Are Flying Helicopters Over Texas Oil Fields To Crack Down On Methane Emissions From Drilling