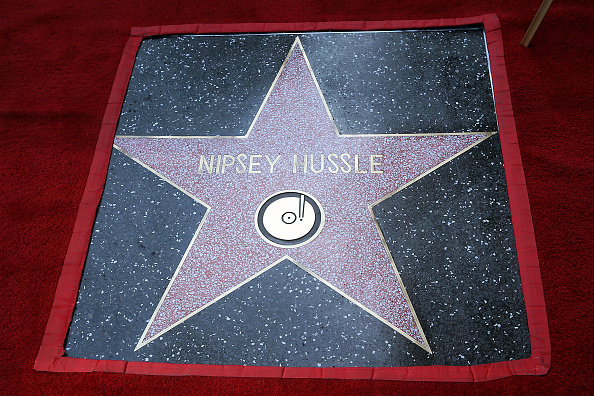 The marathon continues! Nipsey Hussle’s family and friends are rejoicing about the recognitions the late rapper received on what would’ve been his 37th birthday. The rapper now has his own official day in the city of Los Angeles. During today’s ceremony to receive his star on the Hollywood Walk of Fame, councilman Marqueece Harris-Dawson announced that August 15th would be known as “Nipsey Hussle day.”

Councilman Harris-Dawson, who represents the Crenshaw and Slauson neighborhoods, spoke on Nipsey’s involvement in the community before handing his grandmother Margaret Boutte the proclamation. Margaret was on stage with her granddaughter Samantha Smith and Nipsey’s father, Dawit Asghedom.

As we previously reported, many of Nipsey’s family members spoke out during the ceremony. His sister Samantha said the occasion was bittersweet.

Lauren London, Nipsey’s longtime girlfriend and the mother of his son Kross also took the stage. The actress, who is also a Los Angeles native, said,

“I think I speak for the entire city of LA when I say that we’ve always known Hussle was destined for greatness. This moment only amplifies this for us. Nip would’ve been honored by this moment.” She added, “So whenever you’re in the City of Angels, and you see this star, I hope it encourages you to break away from whatever might be holding you back and for you to run your marathon until God says that it’s finished.”

Happy birthday Nipsey. May your legacy continue to live on!