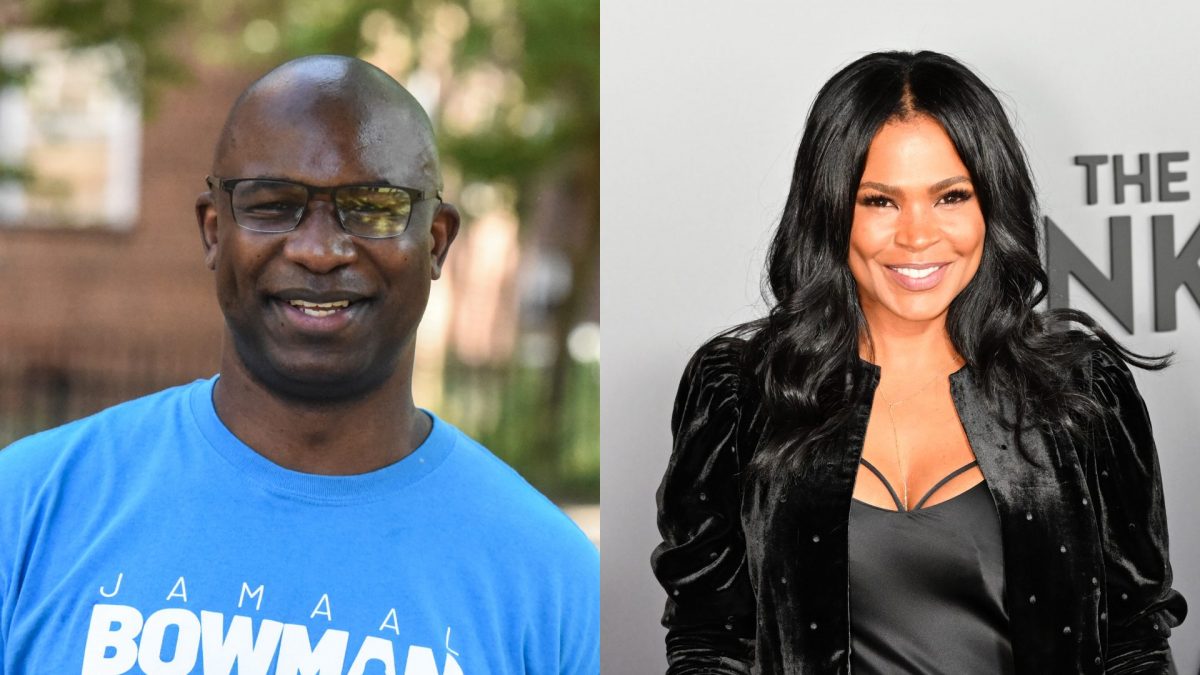 On Friday, a New York congressman positioned himself as a knight in shining Twitter armor for Nia Long! And it wasn’t long before users shared their critiques (and laughs) about the intense message of support.

This week the actress has been in countless headlines and social media talks leading up to the 2022-23 season suspension of head coach Ime Udoka. The Boston Celtics caught Ime having an improper, intimate relationship with a female staffer–a violation of their code of conduct.

Meanwhile, Nia and Ime have been in a relationship since 2010. They welcomed a son in 2011 and got engaged in 2015. On Friday, she thanked family, friends, and the community for their love and support.

As the Ime news developed, folks on Twitter slammed the coach for fumbling thee Nia Long. Well, it looks like representative Jamaal Bowman was on the same beat. He took it upon himself to stand for Nia from his work account.

“Sending nothing but love to Nia Long. We’re not letting a man, who didn’t recognize the luxury her presence was, dim all her beauty and glory,” Congressman Bowman tweeted. “Matter of fact, we need a Nia Long national holiday.”

Sending nothing but love to Nia Long.

We’re not letting a man, who didn’t recognize the luxury her presence was, dim all her beauty and glory.

The tweet quickly picked up traction. And the reactions ranged from doubled-over laughter to claims of a missed shot and reminders of Bowman’s married status.

Well, the congressman wasn’t blind to the reactions and didn’t stay quiet for too long. About an hour after his initial, Bowman responded to the Twitter chatter. The married state representative dismissed any claims of shooting his shot.

Hahaha, ya’ll hilarious. Y’all do know it’s okay for a man to show a woman love and support without shooting his shot? That’s actually a thing.

No word yet on how serious he was about the national holiday, though!

Residents Of Jackson, MS File A Class Action Lawsuit Because Of The Water Crisis

DaniLeigh Says The Situation With B. Simone Wasn’t That Deep

No Bond For Man Accused Of Shooting, Killing JSU Student