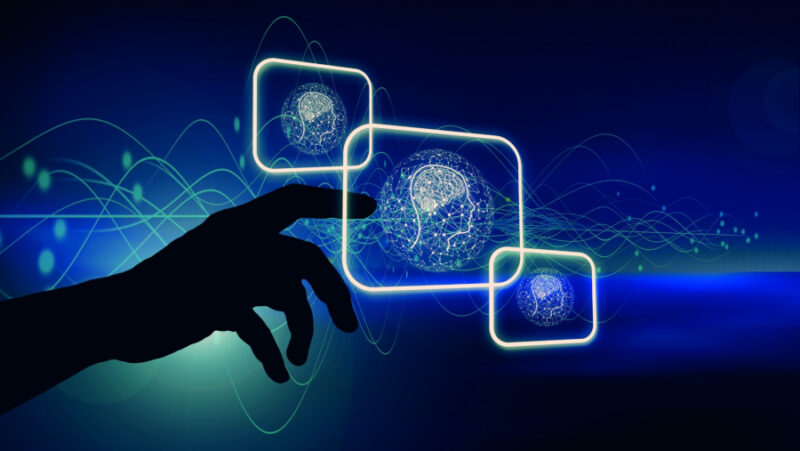 Censorship software in the West originates from certain left-leaning think tanks that refer to themselves as “Counter Violent Extremists” (CVEs). Many CVE groups have developed content moderation techniques, but this essay will focus on the predominant developer, Jigsaw, a special CVE owned by Google. With the data advantage of Google Search / YouTube, Jigsaw is a formidable foe to privacy and social networking.

Jigsaw partnered with the New York Times on “content moderation” for the newspaper’s social media pages 1 and to test Jigsaw’s first program, Perspective API. 2 At the time, the program simply deleted or hid comments that clients (such as the New York Times) found disagreeable. A client could use the text-based AI program to highlight keywords so that the client could more conveniently browse, rather than browse through all comments to find “toxic” ones. The Client could also allow the text AI program to simply delete or hide the comments itself rather than the Client having to be explicitly involved in the process at all. Comments could be deleted or hidden before ever being published on comment sections, and some users may not realize that his/her comment was deleted (early “shadowbanning”). This provides obscurity to the client and prevents the likelihood of user scrutiny.

As this machine-learning (or text-based or speech-based AI) was improved, it expanded to include images and video as well as text. 2

To summarize, Perspective API allowed platforms or specific pages to hide or delete content, and even do so before those comments are even published online (such as a YouTube comment section). If content is hidden, it would not acquire more likes or comments or any other form of feedback, because other users could not see the hidden content. This program works without informing the users whose content is hidden or deleted.

Surprisingly, marketing videos of Perspective API exist, though some have been deleted recently, which I found as a “case study” justifying the use of Perspective API, where the New York Times was the client. This is hardly the first time that I have followed a suspicious story of the New York Times where the news agency deleted articles or pages. 3 For a link to a marketing video that works (for now), click here.

Jigsaw has a 2nd program called Moderator, which is also open-sourced 4 though it can be difficult to find at times. Oddly enough, Jigsaw’s Moderator was also a tool that they developed in partnership with the New York Times, 12 making this the second case of the New York Times social media pages being the testing grounds for censorship software.

Technically, some components of content moderation are a form of censorship, such as Perspective API. Moderator is more difficult to classify since it is preferential treatment of other opinions, rather than deleting opposing views.

Regardless, how do we know if Jigsaw is using these programs for the better good of all? What is the goal?

Censors rely on certain justifications, such as systemic racism in the West, hate, far-right extremism, and terrorism. It is critical to understand (1) where these myths ultimately originate so that we can address them and establish motive, (2) additional objective analysis to determine the truth, and (3) where the funding of these myths come from. So far, news outlets and think tanks have failed to address any of these issues, so I have.

In one of the most beautifully aesthetic websites that I have ever visited, 18 Jigsaw uses the appeal to emotion in a highly passionate narrative about “violent white supremacy”. Jigsaw used a staggering 49 citations overall, yet dozens were misinterpreted or misused entirely. 6 In other words, Jigsaw repeatedly cited work that did not support their claims. Beautiful or not, objective truth requires evidence and logic.

Bizarrely, Jigsaw uses a mere 35 individuals to justify the CVE’s methods 6|18, and no empirical evidence is produced or cited. I should put that into perspective.

A think tank with special access to Google and YouTube user data (literally billions of people) was only able to find 35 former white supremacists, globally.

No greater example exists to discredit the silly narrative of “white supremacy”.

No crime data, extremism data, or any form of compelling evidence has been presented that violent white supremacy is a significant threat, much less a threat that warrants censorship on massive scales.

Jigsaw’s disinformation projects 13 also use “data” from the Atlantic Council’s Digital Forensic Research Lab (DFRLab). The DFRLab collects data based off of definitions of disinformation from several groups, including Facebook. 14 The two think tanks appear to disagree on what regions have the most disinformation however (the Lab believes it is Iran and Russia, while Jigsaw believes it is the West), though Jigsaw fails to mention this when citing the Lab.

Furthermore, not only is Jigsaw mis-citing the Lab, but is also citing a source that is not credible. The DFRLab released two articles 15|16 of the Capitol riots where far-right extremism was characterized as being highly networked and reaching millions of “sympathizers”. The truth of the matter is that far-right extremism is of the “lone wolf” type of extremism as opposed to the “affiliated” extremism of the left.

Not only is the significance of far-right extremism being lied about, but the very nature of it as well.

This is particularly hypocritical of the CVE community, whose programs and techniques are designed (post 9/11 Islamic terrorism) for affiliated, or collective extremism. Yet the community solely focuses on right-leaning “extremism”, highlighting the political nature of the CVEs.

The DFRLab examined institutional outlets like Twitter, which were implied to be safer as opposed to the radical and dangerous “Parler, Gab, MeWe, Zello, and Telegram.” 15|16 How convenient for Google, the owner of Jigsaw, who wants more network control. As with Jigsaw’s narrative about the white supremacy issue, Jigsaw’s narrative about disinformation leads the CVE to the conclusion that the world needs more network control from Google and other dominant platforms and the CVE community. While this questionable interest should be noted, there is another explanation for these methods [last section].

The DFRLab uses the appeal to authority fallacy without releasing data: “The team at the Atlantic Council’s Digital Forensic Research Lab has conducted exhaustive research.” 16 This statement is the only proof that the lab produces for their claims. YouTube also commits the same logical fallacy when the platform defends their left-leaning news bar by characterizing those pages as “authoritative” sources. 17

If it is not obvious already, the CVE community is using an insignificant villain to characterize large groups of innocent people as “extremists”, “racists”, or “dangerous” in some way. It is carefully planned wording to use “millions of sympathizers.” The CVEs rely on storytelling and qualitative approaches.

III. Why Does This Problem Exist? (The Ultimate Villain)

This essay is meant to introduce an audience to the dominant way in which information is suppressed online. As for the cause of it all, we would need to examine state intervention. 12

When the leftist exclaims, “they are private businesses,” he would be correct if those businesses were not receiving privileges from the state. It would not benefit a private business to partake in an action (censorship) that angers consumers; therefore, if a business is still successful, it is either producing valuable services or it has state privileges: the cause and the solution.

[11] Institute for Economics and Peace. “Global Terrorism Index 2019 Measuring the Impact of Terrorism.”

Kelly Offield
Kelly Offield is an investigative journalist and columnist for NRN. He believes free, civilized societies should adopt Austrian economics and Libertarian legal theory. His B.S. in Physics allows him to empirically, mathematically, and statistically analyze information technology. Since the control of information is the fundamental barrier to freedom, he specializes on this topic. He has traced the censorship, redirection, and modern propaganda to the government intervention that created it. Visit here to connect with Offield and his work in a deeper way.

Fetterman Panics, Ditches Biden After Being Questioned About Their Appearance Together

Was the FBI Mar-a-Largo Raid a ‘Setup’ to Keep President Trump Off of The 2024 Ballot?

America Is Literally Falling Apart. It’s Time for Those Who Care About Country to Step Up.