Home > Entertainment > One Person Drowns Inside Of Car After Severe Flooding In St. Louis 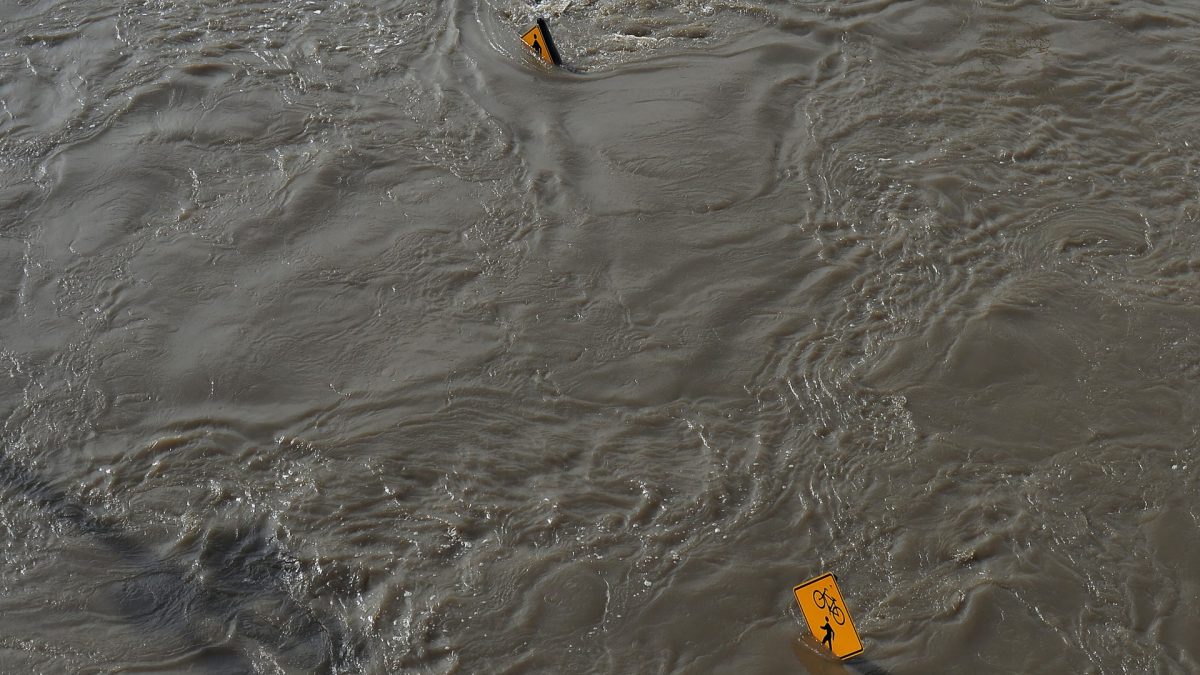 St. Louis Fire Chief Dennis Jenkerson revealed that one person died as historic rainfall in St. Louis caused severe flooding, per CNN. The chief said “approximately eight and a half” feet of water trapped the person inside a vehicle in the city’s western area.

A resident called authorities, saying someone might be inside the submerged car. Rescuers checked the vehicle and found the person after the water began to taper off. The St. Louis Post-Dispatch reports that the person, whose identity has not been released, died at about 10:30 a.m. However, it’s unclear how long they were in the car before their death.

According to the local National Water Service, St. Loius saw 7.68 inches of rainfall in six hours after it began pouring at midnight on Tuesday. This amount of rain is more than the typical 7.31 inches the city receives for July and August combined. To break it down even further, the rainfall that fell in the first 12 hours is about 25% of the area’s yearly rainfall.

A historic morning in the St. Louis area. Our hearts are with all of those affected from this catastrophic flooding. Here are some facts that put this rainfall into historical perspective. #mowx #stlwx pic.twitter.com/jUtOGl8ioq

Local outlet KSDK reports that multiple drivers have been rescued from roads, highways, and even homes. Roads along I-70 in north St. Louis were reportedly the city’s leading cause of flooding concerns. On Tuesday, the St. Louis fire chief said firefighters have been on about 70 rescue assists of civilians.

“While we hope the worst is behind us, we want to keep the public informed,” St. Louis Public Safety Director Heather Taylor said. “Highways are mostly clear. Avoid the highways if you can. That is critical with this rain…Parts of Highway 70, I believe, are all open as well, but they may be closed again due to additional rainfall.”

Footage Of The Record Rain Aftermath Spreads On Social Media

Here is a look at the top 5 reported storm total rain amounts we’ve received in the area so far, and it’s still raining in these areas. If you’ve got a measurement you’d like to share, please send us your location, total rain amount, and the time you measured. #STLwx #MOwx #ILwx pic.twitter.com/Qw7jm7tArZ

However, the state of Missouri itself is taking a lashing from this rain. The NWS St. Louis reported that certain areas received between 10-12 inches of rain early this morning. About 2.2 miles north of St. Peters, 12.34 inches, was recorded at 8 a.m. Additionally, one mile northeast of O’Fallon saw 10.05 inches by 6:17 a.m. local time.

Take a look at footage from local news coverage and folks experiencing the downpour and its aftermath.

This is not normal. pic.twitter.com/V6toEsWm3M

This is what my street looks like now in the St Louis flood pic.twitter.com/Nr2nSna0yg

Record flooding in St. Louis. These photos remind me of the same ones I took helping Hurricane Harvey victims. Some of the hardest hit areas are where predominantly Black people live. @GovParsonMO
should have BEEN declared it a disaster area. #stlouisflood pic.twitter.com/E3sNERSzsZ

And it looks like things could get worse, per an update by the NSW St. Louis. In a tweet, they announced that “widespread showers and storms” will hit the state starting tonight and into tomorrow. About one to two inches of rain will fall, but the amount could be higher. Isolated flash flooding is also a possibility.

This story is developing.

Want updates directly in your text inbox? Hit us up at 917-722-8057 or https://my.community.com/theshaderoom