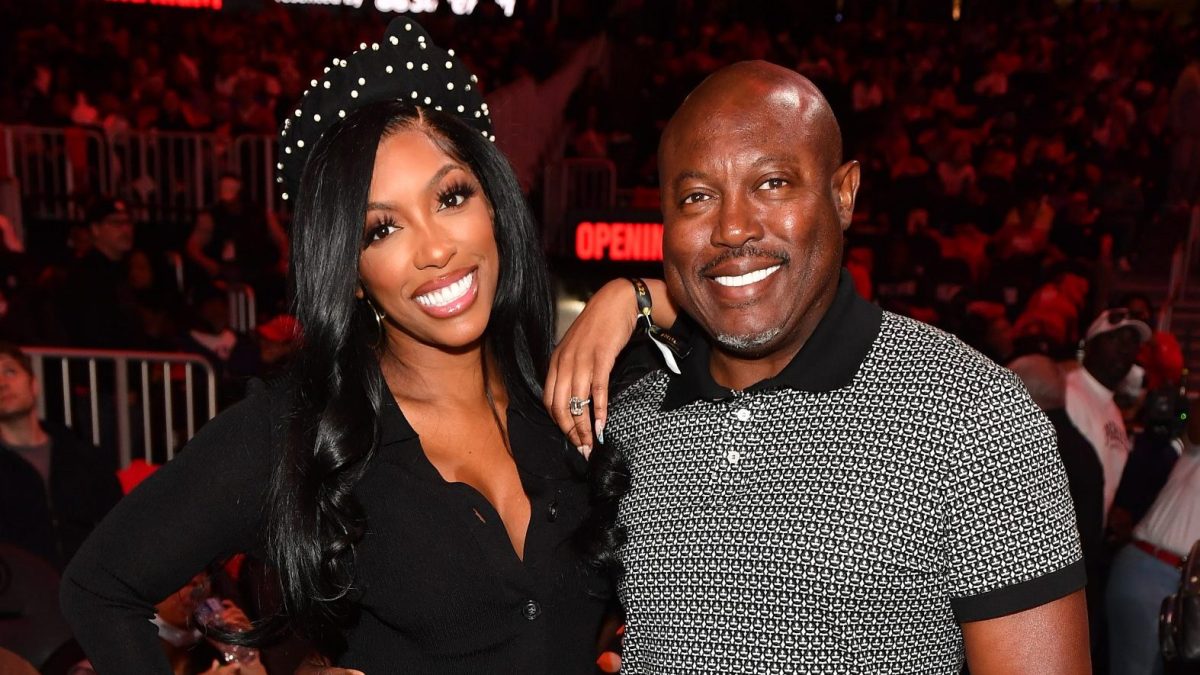 Porsha Williams might’ve ruined one of the most-anticipated parts of a wedding–the first look at the bride!

On Wednesday (November 9), a video of Porsha on Instagram Live started making its social media rounds. In the clip, the former Real Housewives Of Atlanta star appears to be demonstrating how to wear one of the pieces from her Amazon clothing collection.

“There is nothing more valuable in life than owning the power to be yourself,” Porsha previously said about her fashion line. “That’s why I am calling my drop collection Power by Porsha.”

Instead of showing how easy the item is to wear, as Porsha intended, her ‘model’ struggled to get it on. So the TV star, giggling at the moment, panned the streaming video to show viewers the mistake.

Instead, she also gave fans about a 15-second look at her bridal gown! They appeared to be filming the content inside Porsha’s massive walk-in closet. In the video’s background was a sleeveless, bright red dress on a hanger. Half of the dress’s bodice features detailed gold accents, while the rest opens into a ball gown of giant, featured loops.

When Porsha finally realized her mistake, her eyes showed it, and she also stretched toward the camera, quickly yanking it in a different direction.

“My wedding dress was in the thing. Take it down,” Porsha squeals at the other people in the room.

Someone in the background replied, “I didn’t know.” With a lingering smile on her face, Porsha ended the stream.

A Wedding That Matches The Closet

Like Porsha’s closet, her wedding is expected to be a grand affair! She told Bravo Insider in January that she and her fiancé Simon Guobadia are planning three different weddings across the globe. So, it’s unclear WHICH wedding gown accidentally landed in the spotlight before its time. And Porsha has yet to address the first-look fumble.

If you’re lagging on the deets, Porsha and Simon confirmed their romantic relationship in May 2021. However, she faced some online backlash, given that Simon first appeared on the Real Housewives franchise as the husband of Porsha’s friend Falynn Pina.

At the time of the announcement, Porsha revealed that they were “crazy in love” after being in the relationship for one month. She claimed no friendship with Falynn and that Pina’s divorce from Simon was “settled.”

Like Porsha, Simon also made a statement about their relationship. He revealed he had already turned their budding romance into a potential lifelong commitment.

“I asked her to marry me because we checked ALL of each other’s boxes, and then some. We have done the individual work to sustain a healthy relationship, and I stand next to her, proud that we found each other,” Simon wrote.

That same day,  Falynn’s statement hinted that the divorce was still being finalized. Nonetheless, the new couple continued moving forward–sharing plenty of intimate moments for social media users to chat about!

Porsha introduced her bridal party in April after hosting a Sunday brunch for the gals, including her sister and RHOA’s Shamea Morton.