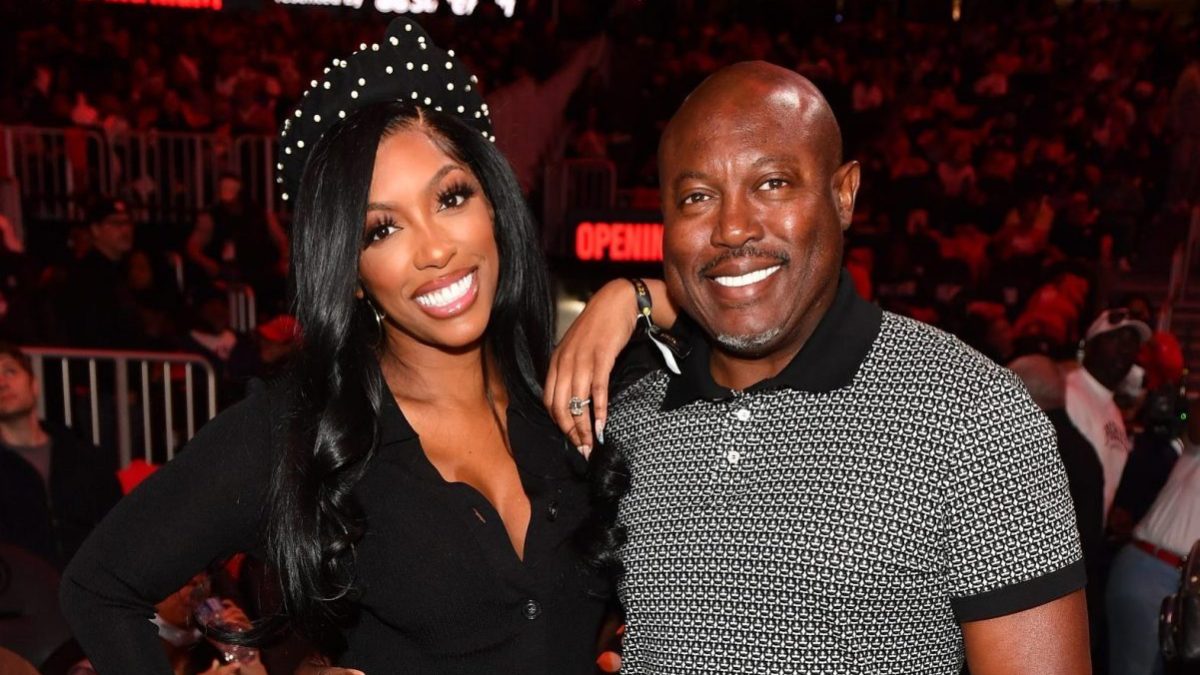 The big day has finally arrived for former Real Housewives of Atlanta star Porsha Williams. The 41-year-old who recently went viral for accidentally giving the internet an early look at her wedding dress has finally wed 57-year-old Simon Goubadia in not one but two weddings this past weekend.

According to People, the couple’s first nuptials were exchanged during a traditional Nigerian ceremony at the Four Seasons hotel in Atlanta, in front of 250 guests. It is also reported that attendees were not allowed to use their phones during the ceremony.

Aside from exclusively telling People that she was “ridiculously excited” to wed Goubadia, Williams also revealed that she was “anxious” ahead of her seven wardrobe changes between the two ceremonies.

“It’s going to be a true fashion extravaganza. I just couldn’t turn any dresses down! If a wedding dress came my way, and I loved it, I got it.”

On Friday, the day of the first ceremony, Williams graced her guests with three outfit changes. For the nuptials, she wore a red gown by designer Lakimmy customary. The gown was made for an Edo bride and she also wore an okuku, a headpiece with Benin coral beads.

If that wasn’t dazzling enough, Williams continued to upstage her wardrobe with her second round of ensembles for Saturday’s American ceremony. According to People, the nuptials were given in front of 350 guests, at a Methodist church in Atlanta. Those in attendance included fellow Housewives stars Kim Zolciak-Biermann, Kandi Burruss, Drew Sidora, and Cynthia Bailey. Also in attendance were Karlie Redd, Jennifer Williams, T.I., Tiny Harris, and more.

Williams looked stunning as she walked down the aisle in a white lace Frida ballgown. Afterward, the newly changed into an Albina Dyla gown for the reception ball held at St. Regis Atlanta.

If that wasn’t enough, Williams also swapped this ensemble out, sporting another for the bouquet toss, and another for the after-party. People also shared that Williams sported a new wig, by her brand Go Naked, for every ensemble change.

The Guests Didn’t Come To Play

With such extravagant ceremonies, it was only right for those who attended to come with their A-game. Monique Samuels shared a clip of her leaving the couple’s Nigerian ceremony on Friday, and looked absolutely stunning as she rocked her own gold gown and headdress.

What a celebration! Repping my 35% as we celebrated the Guobadias’ today! Congrats to my sis @porsha4real and Simon!!!! Love you both! May God bless and watch over your union. You certainly could feel the love today.

Nene Leakes also arrived in style as she rocked an effervescent black gown that showed off a little more than just cleavage.

Space Travel at a cost of air ticket travel is not too far away: Skyroot Co-founder Pawan Kumar Chandana

Fans Speculate That Summer Walker May Be Expecting Twins

While Republicans Push Back, Democrats Double Down On Woke Investing