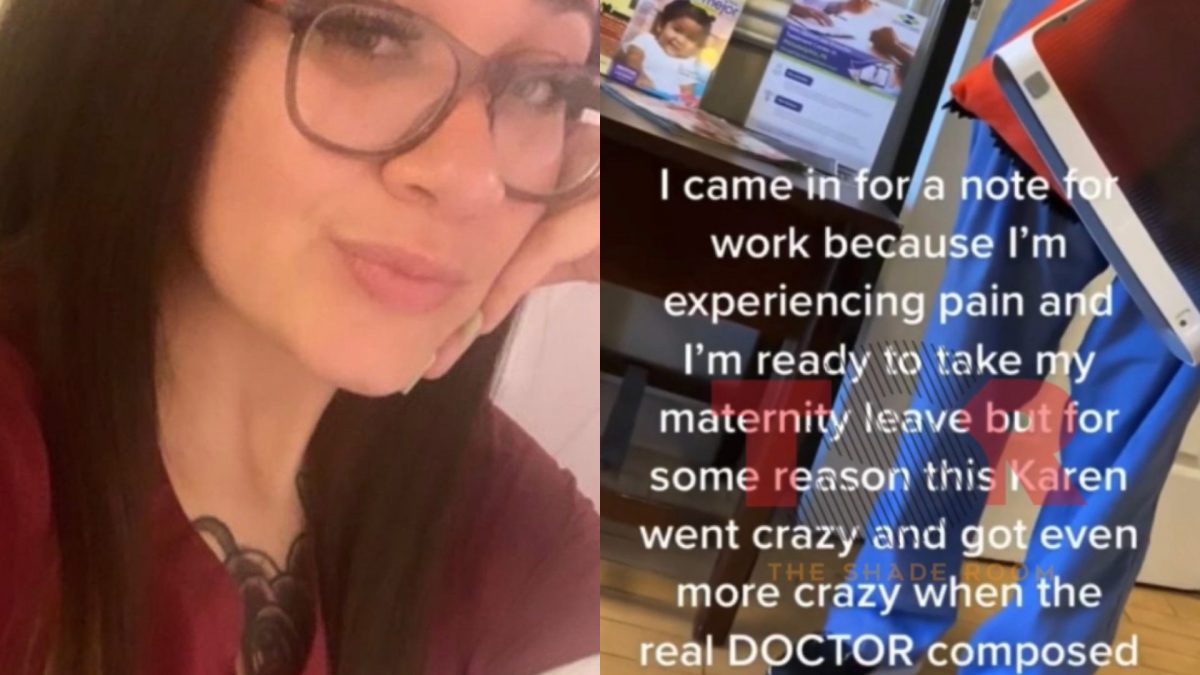 An expectant mother is speaking out after an altercation with a nurse occurred at the Philly Pregnancy Center.

According to Jillian, she went to the center because she had been experiencing a lot of pain, and wanted a doctor’s note for work. After being examined by the nurse in the video, she was told that she couldn’t receive a note from the doctor. The nurse explained that the most she would be able to do is say that the mother is unable to lift 25lbs or more.

This is part 1 to the crazy karen story . Please repost keep this viral i need to bring awareness and get justice for the way i was treated . I appreciate all the love and couldn’t get to every comment . So thank you so much for all the love !

After requesting to speak to the doctor, the ladies return to the front desk, and the doctor is called. The nurse states that she doesn’t want the mother to use the phone in her office, to which the mother responded calling her a “weirdo.” The nurse then decides to call the cops on Jillian, stating that she allegedly felt threatened.

After police arrived to deescalate the situation, Jillian is told to wait in the lobby for the doctor’s note she requested. It is at this point that the nurse decides to confront the mother, and accuse her of fraud. At one point, the nurse even appears to get physical with Jillian.