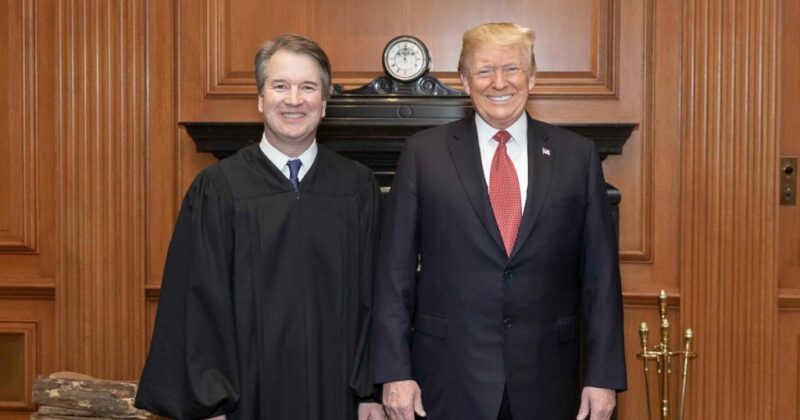 President Trump gives credit to God for reversal of Roe

When asked by Fox News if he thought his selection of three conservative justices to the Supreme Court contributed to the decision to overturn Roe v. Wade, Trump responded, “God made the choice.”

Trump appointed Neil Gorsuch, Brett Kavanaugh, and Amy Coney Barrett to the Supreme Court while he was in office.

The Supreme Court currently has a majority of conservative justices, including Chief Justice Roberts and Justices Clarence Thomas and Samuel Alito.

The decision on Roe may be Trump’s most enduring legacy.

Global Vital Signs Monitoring Equipment Market Garnered About USD 8 Billion in 2021; Market to Grow on Account of Rising Awareness of Value of Monitoring Vital Signs in Homes Over Growing Prevalence of Chronic and Infectious Diseases

Customer Shoots 2 Subway Workers After "Too Much Mayo" Argument

Europe’s Industrial Might Is Collapsing While Its Elites Deny Reality

‘We Have To Do A Thorough Investigation’: McCarthy Swipes At Pelosi Over Her Husband’s Stock Dealings

Luxury Ranches? How America’s Booming Billionaire Class Is Changing the Face of the West