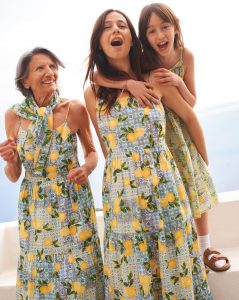 Primark has today announced plans to open a new 29,700sq ft store in the cathedral city of Salisbury, Wiltshire. The much-anticipated new store, which is expected to open in the summer of 2023, will occupy a prime retail unit in the Old George Mall shopping centre, which is managed by Railpen, the investment manager responsible for the safekeeping and administration of over £37 billion AUM for several pension schemes.

The anchor signing demonstrates Railpen’s significant confidence in and commitment to Salisbury, with the new store set to bring the full Primark offer where customers can look forward to shopping the brand’s extensive range across clothing, kidswear, beauty, lifestyle and home.

100 new jobs are anticipated to be created as part of the new opening, with more details on vacancies and how to apply to be released in the coming months on careers.primark.com/.

Kari Rodgers, Primark Retail Director UK, said: “After much speculation, we are delighted to announce that we will be opening our first store in Salisbury next year and we’re looking forward to becoming a part of this great city and community.”

Matthew Howard, Head of Property Asset Management at Railpen, commented: “The signing of Primark will be an excellent anchor store for the Old George Mall and has been a long-sought-after addition to the centre among consumers. Primark will offer a best-in-class shopping experience for people in the city and will prove extremely popular. The store will drive footfall and serve to reinforce Old George Mall’s position as the prime retail destination in Salisbury.”

Primark Salisbury will join Primark’s 191 stores in the UK and is part of an ambitious expansion programme which will take Primark from 403 stores today to 530 stores across 16 countries over the next five years.