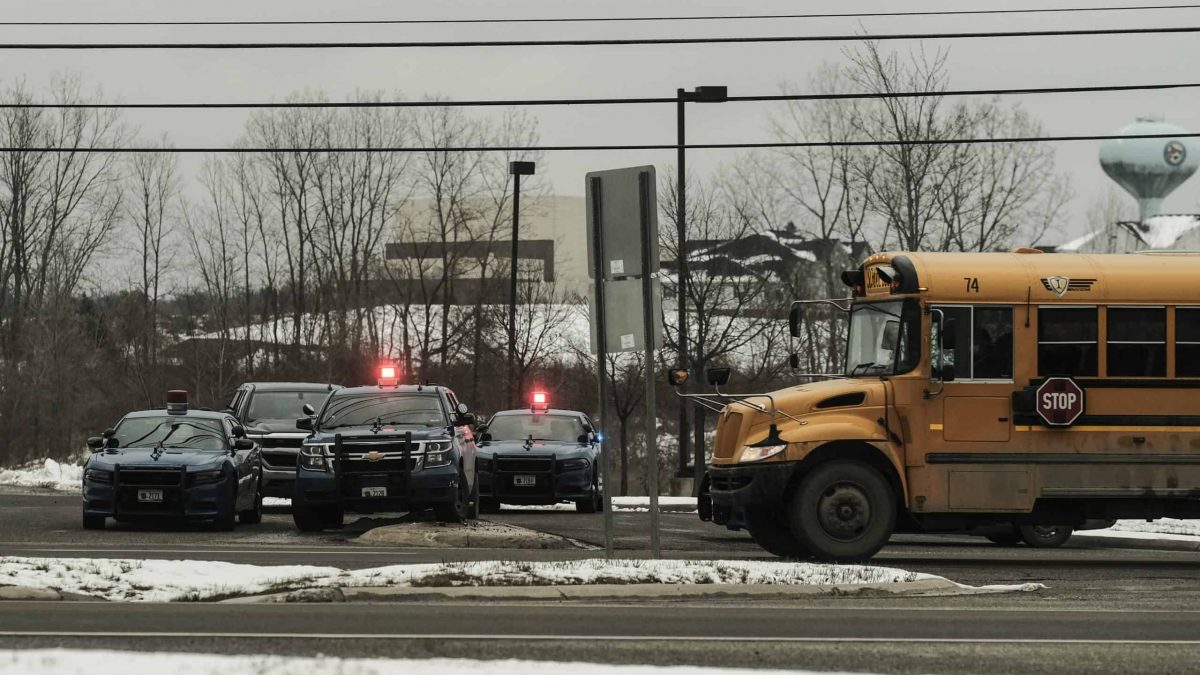 A California elementary school principal has been charged with child abuse and endangerment and placed on administrative leave after video showed him shoving an 11-year-old special needs student to the ground.

Brian Vollhardt, the principal at Wolters Elementary School in Fresno, had resigned following a criminal investigation over the summer after violently pushing the boy on June 7, according to EdSource, but has since taken a new position in a different school district.

Shocking newly-released surveillance video footage shows as Vollhardt shoved the child, who reportedly has autism, as the boy spoke with him and two other staff members in the school cafeteria.

One of the staff members could be seen running to the child’s aid as he fell, while Vollhardt continues to point and yell at him.

A principal in Fresno knocked down a special needs student. He quit the next day and is now vice principal in another school. pic.twitter.com/Y7mmtXL8s8

The boy’s legal guardian, Ann Frank, told ABC 30 that the principal called her that same day and claimed the child assaulted him. Frank added that the boy, who she described as her son, insisted it was Vollhardt who pushed him and not the other way around.

It took over three months for Frank to receive footage of the incident to confirm the student’s account, Frank went on to say.

“You cannot put force to these kids like that,” Frank said. “My son is autistic. Any parents seeing this video, they know what I’m feeling right now.

My son was pushed with force by this principal who was supposed to protect him.”

Meanwhile, Vollhardt claims the boy was “getting in his face” and made a fist before pressing it against him, prompting him to push the child to the floor, according to an arrest warrant affidavit.

The Fresno Bee reports that Vollhardt had a similar incident with the same student 11 days earlier on May 27th.

Brian Vollhardt, Principal at Wolters Elementary pledges, “I pledge to erase the distance in distance learning by extending grace, compassion, and support to my students, staff and their families as we journey through distance learning together.”#IPledgeFUSD #MakeThePledgeFUSD pic.twitter.com/77b4TRs6h7

Vollhardt allegedly forced the child to the ground and held his knee to the student’s back while holding down the student’s shoulder for “approximately 2-4 minutes,” according to a complaint.

Vollhardt was hired as a vice principal at a school in another district following the incident in Fresno, the outlet reports.

The Golden Plains Unified School District has since confirmed Vollhardt has been put on administrative leave after learning of the incident and seeing the video.

Frank said Vollhardt “doesn’t need to handle anybody else’s kids” and commended the Golden Plains Unified School District for promptly removing him upon learning of his actions.

‘Who’s to say how many other kids he’s done this to?”

However, Frank criticized the police department and Fresno Unified School District for taking so long to respond to the incident, and has since hired an attorney.

In a statement, Fresno Police Chief Paco Balderrama said that he was disappointed that he did not see the video until earlier this week, and added the department will be implementing changes to insure violent misdemeanor charges are reviewed by a supervisor.

As of Friday, there was no record of any disciplinary action regarding Vollhardt’s teaching credentials, the Fresno Bee reports.

The treatment of autistic students has recently made headlines for all the wrong reasons, with three former staff members at another California school being charged with manslaughter earlier this summer for the 2018 death of an autistic teen boy, who died after being restrained face-first on the floor for an hour, The Shade Room previously reported.

‘Hell Of A Legacy’: Biden Struggles To Form A Sentence While Promoting Chips Investment