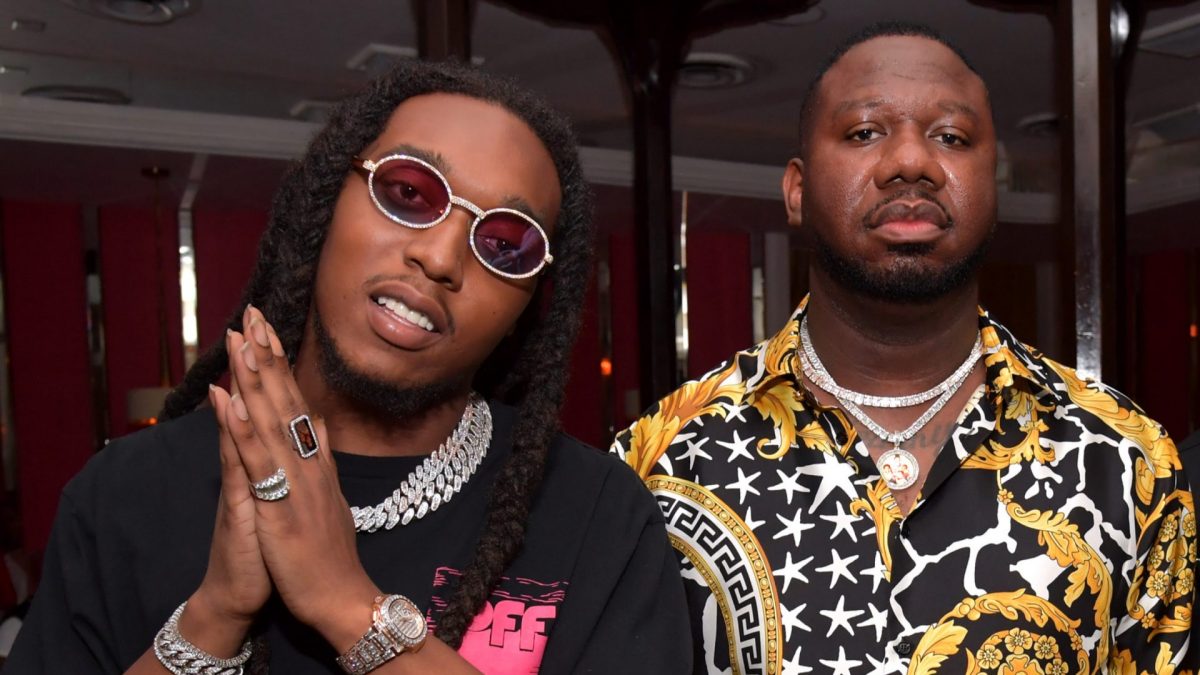 The Quality Control Music family lost one-third of their hit group Migos after Takeoff passed away on November 1. Amid the world mourning the rapper, QC and its CEO Pierre Thomas released statements addressing the unexpected death, its cause, and respect for Takeoff’s family.

“It is with broken hearts and deep sadness that we mourn the loss of our beloved brother Kirsnick Khari Ball, known to the world as Takeoff. Senseless violence and a stray bullet has taken another life from this world and we are devastated,” the record label said. “Please respect his family nad friends as we all continue to process this monumental loss.”

What Happened To Takeoff?

QC’s statement is the first definitive answer the public has received about how the rapper died. However, the source of the stray bullet remains unclear. Several narratives have already trickled onto social media as photos and videos of moments before, during, and after the shooting circulate online.

On Tuesday (November 1), TMZ also released footage of Quavo engaged in a heated discussion with someone. Takeoff is standing a few feet near him. Then someone says, “aye, let’s go,” but a series of quick movements take place that the recording camera barely captures. Seconds later, multiple shots ring out.

Aftermath footage shows a disturbing scene of a distressed Quavo yelling near his nephew’s body on the ground. A pool of blood gathered near the rapper’s head as his crew attempted to move his body, then decided against it.

Police received a 911 call about the shooting at 810 Billiards & Bowling Houston shortly after 2:30 a.m. local time. Takeoff was pronounced dead at the scene.

In a press conference on Tuesday, the Houston Police Department asked people who attended the private event to “step up” and provide information regarding the shooting. No suspects or arrests have been made at this time.

Celebrities, including Drake, Fabolous, Rick Ross, Desiigner, The Game, and Fivio Foreign, shared their condolences and grief yesterday. But powerful words came from the man and executive who oversaw Takeoff’s rise to fame and musical influence. Within an hour-ish of QC releasing a statement, CEO Pierre “P” Thomas spoke of his love for the fallen artist in a separate message.

“Young King @yrntakeoff I don’t know where to begin but I want to say that anybody that knows me knows how much I love you and anybody that knows you knows that you definitely didn’t deserve to die at such a young age. We only get 1 life and once it’s gone it’s over, no coming back,” P wrote on Instagram.

Then, the CEO directed his words at the community. He denounced violence in disagreements and urged folks to be mindful of what they share online about Takeoff.

“So with that being said I want our community to remember that we don’t have to continue to result to violence every time there is a disagreement. It’s ok to love your brother and sister. We all have been guilty of self-hate but I pray this never ending cycle will some day change us all. We have so many memories to keep your name alive,” P wrote. “As we mourn your lost I pray that everyone please be understanding to what the family has to see on the internet with the videos and negative comments. This is somebody’s child. Let them get thru this process with peace and love.”

P ended his statement with loving words for Takeoff, saying, “you came from the stars, so I know you will forever be up there watching down on all of us.”