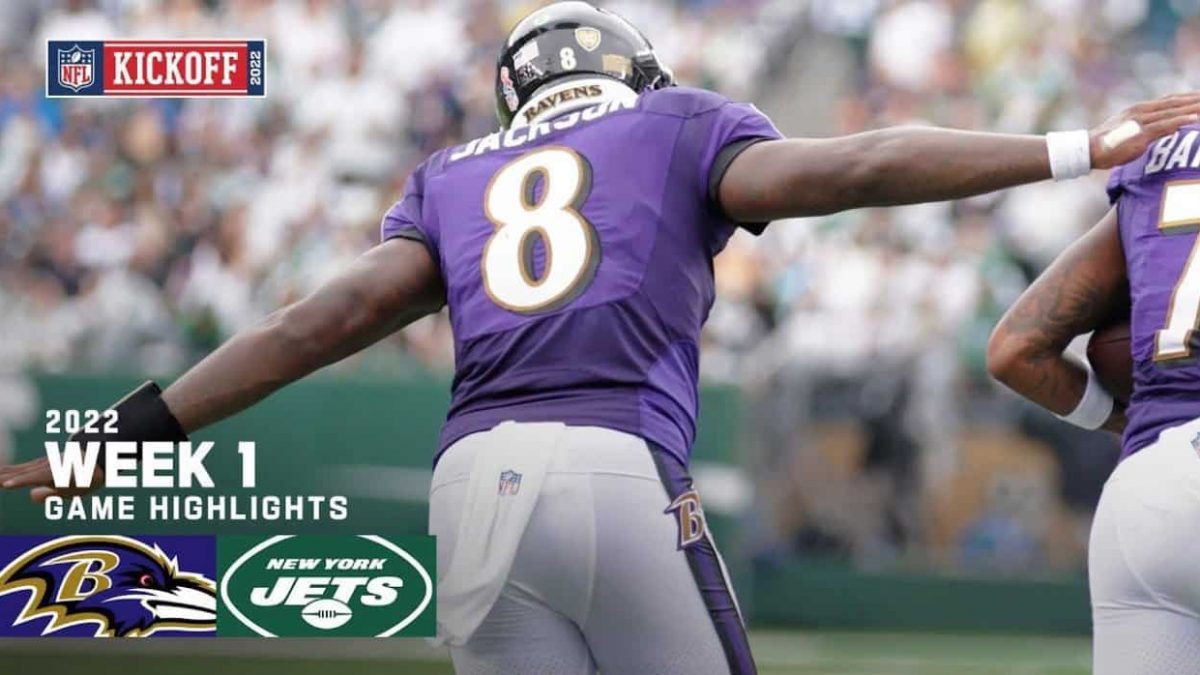 With the first games of the 2022-23 NFL season being played this past Sunday, the Baltimore Ravens are off to a good start. They held the Jets to only 9 points, while only allowing a single touchdown in the 4th quarter. The Ravens themselves managed to put up points in every quarter except the 4th.

Lamar Jackson threw for 213 yards, three touchdowns, and had one interception. He had a completion rate of just over 50% and went 17/30. Two of his touchdowns were caught by Devin Deuveray and the other was caught by Rashod Bateman.

While this was only the first game of the season and they have a long way to go, it is great to see Lamar Jackson and the Baltimore Ravens get off to a positive start. One would have to imagine the extra pressure on them as they played their first game away against a New York team on 9/11. Ravens Head Coach John Harbaugh had some words to say after the game on what an honor it was.

“Thanks everyone for being here on a really important day. It was really an honor, we felt like, to be here on 9/11, and to be in New York City and to get a chance to take a walk last night, I did with some of the other coaches. We walked around and got a chance to see the tower’s site and the lights. It was just surreal. The full moon was out, the lights were incredible, and it makes you think back to that day, what, 21 years ago? My daughter was born that year. So, it’s very meaningful for everybody, and we have the utmost respect and gratitude for our first responders, for the NYPD, FDNY, and the Port Authority here in New York and everywhere”

Our win yesterday means you get 50% off all Papa Johns regular menu price pizzas today with promo code RAVENS50.

Even under pressure they still managed to have an amazing game. Rashod Bateman’s fifty-five-yard touchdown was an amazing sight to behold. In fact, all three of Lamar Jackson’s touchdown passes were quite impressive. If Jackson and the Ravens can keep this up, look for them to be a real problem for defenses this season!

If the Ravens want to help increase their odds of making the playoffs and the Super Bowl, they will want to keep the positive momentum going they have built up after game 1. While they are off to a good start, it’s not enough and they will need to show the Dolphins what they are about this Sunday as well as throughout the entire season.

One thing the Ravens will look to improve on is their running game. Against the Jets, Baltimore only ran for a total of 63 yards. Head Coach Harbaugh said the running got better as the game when on, but they still need to be more effective running the football. Harbaugh also said that both Kenyan Drake and Mike Davis ran the ball well. When you consider Drake is still new to the team, learning all the plays and formations, it’s good to see him being such a big part of the running game.

As the Ravens look to up their running game, look for them to also use a lot of play-action plays. As Harbaugh stated after the game, play actions are one of the most efficiently successful plays in the NFL. Also, the better their run game is as a whole, the better they will be able to sell it which should also allow for a better completion rate when the play action is called. 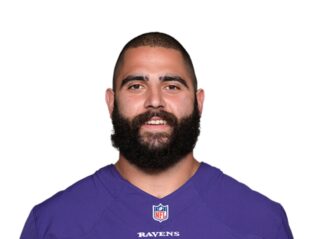 Mekari is going to be one of Baltimore’s key players this season. After Ja’Juan James’ season-ending injury, Mekari was subbed in at left tackle. Mekari is an amazing example of what a versatile player looks like as he can play all 5 positions on the offensive line. Mekari is likely to keep the left tackle spot until an injured Ronnie Stanley is ready to return. The Ravens also have not ruled out the signing of a new offensive lineman. This isn’t a major concern for them but is something they will continue to look into depending on how things play out.

Do the Ravens Have What it Takes

They have already proved that they can make do when injuries occur, even during games. Lamar Jackson also seems to be in good form with multiple pass touchdowns during his first game, a couple of which were for significant yardage. If the Ravens can either pick up a healthy offensive linesman or one of their others returns from injury, that should be a good start for them to continue their dominance.

Look for them to continue to work on running the ball and utilizing play actions. Both of these are going to be serious additions to their arsenal of plays and will no doubt help them gain more wins. This time last year, on Sept 13th 2021 the Ravens lost to the Raiders during the first game ever hosted in Las Vegas. The Ravens went on to finish 8-9 over that season and ended it with a six-game losing streak. Surely they hope to put that in the rearview mirror and keep up the positivity from week 1!