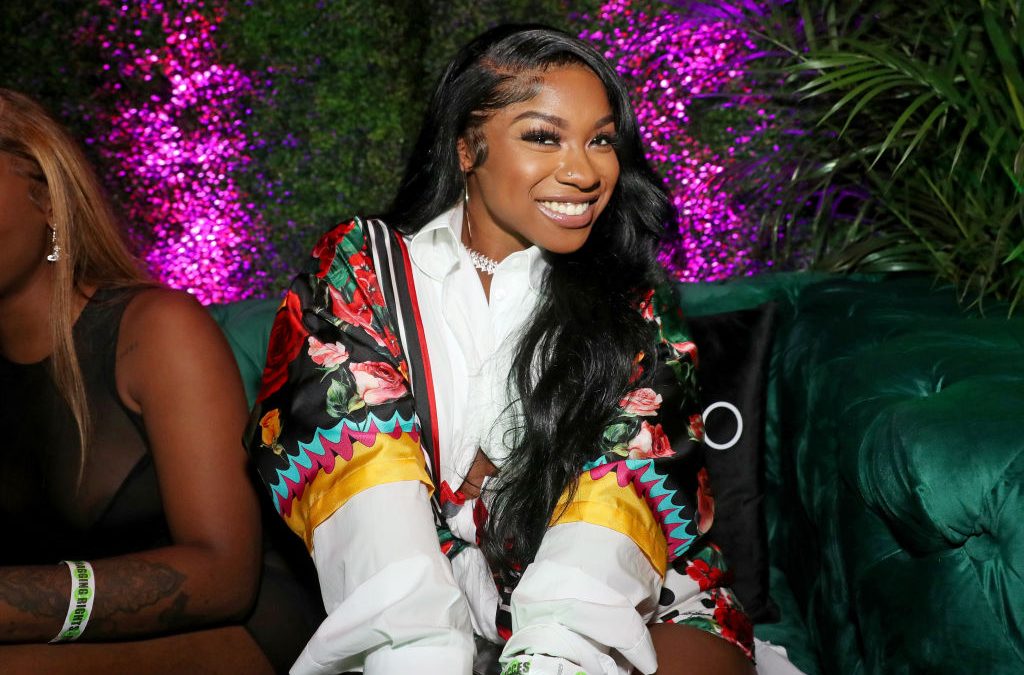 Reginae Carter is way more than the daughter of a rap legend, and in this TSR Exclusive interview she’s opening up and ready to tell her truth.

From public breakups and makeups to the pressures of growing up in the spotlight, our host Thembi sat down with the budding star to discuss it all.  Roomies, this is Reginae Carter like you’ve never seen her before…it’s time to step into The Shade Room.

23-Year-Old Actress, Fitness Mogul Daughter Of Lil Wayne Paving Her Own Lane: “I’m Not A Rapper”

Despite the fact that the 23-year-old has already made a name for herself in her own lane with acting, the fact that rapper Lil Wayne is her father certainly hard to ignore. When asked about that, Carter made it clear from the jump: “I’m not a rapper.”

Carter went on to say that when she was younger, she emphasized her famous last name when it suited her, but added “the world watched me grow up.”

“The world watched me grow up. Like since I was little, I knew I was this person, my father is that (person), so it’s like yeah, I had to humble myself, and I’m still doing it.”

When asked about the next generation of Carter’s, Reginae kept it 100% and said she wasn’t interested in having kids for the foreseeable future.

“There ain’t a clock ticking that I gotta feel like ‘I gotta do that.’ Hell no, I cannot do kids,” she said, before adding she “loves kids, but of my own? Not right now. I feel like I am still learning life.”

While she did reveal she has had “a lot of men (approach) her,” and giggled when asked about YK Osiris, she said “a lot of people wanting to talk to me that came to (her) on the low, like,” which she added she wasn’t into.

Especially once a guy publicizes it like YK Osiris did, which she took as a slight.

“Are you looking for clout? Are you dropping something?” she theorized. “Like what do you want.”

Despite Reginae’s blossoming under the spotlight, she’s no stranger to public controversy, especially when it came to her previous on-again off-again relationship with rapper YFN Lucci.

The two raised eyebrows and sparked debates all over the internet with their relationship until Lucci’s arrest in 2021, on charges of racketeering, violating the state’s anti-gang law, felony murder, and more.

Reginae Speaks On Moving On From Lucci After His Arrest In 2021 For Murder, Gang-Related Charges

Since then, Reginae has completely called it quits with Lucci, but remained diplomatic, saying:

She added that “y’all saw me with him for a minute while he was in jail,” but said that she never visited him behind bars due to COVID-19.

However, she laughed when asked if she ever put money on Lucci’s books, to which she responded in the negative.

Meanwhile, Reginae has been spotted with a new man in a new relationship with YouTuber Ar’mon Warren.

After a series of online appearances together and speculation of a budding romance between the two, who have since made it official.

Reginae gave us all the tea on her new boo, who she and her mother defended when asked about DJ Akademics saying she “downgraded” and “wanted a hood guy” even thought she had said she didn’t want a hood guy.

“I have nothing to say about that, period. It’s all just crickets to me. I don’t even hear it. My mom likes Ar’mon, I haven’t brought him around my dad just yet, it takes a little time before I can bring you around my dad. But me and my mom, that’s like my best friend.”

She went on to say that with her father, it’s a slow, gradual thing before she introduces a love interest to him.

But, she did say that she has told him about Ar’mon, and “he’s liking what he’s hearing.”

Dad Says “He’s Liking What He’s Hearing” About Armon, But Laughs Off Questions Of Marriage, Children

“Ar’mon is just dope, man. First of all, we were friend, first. We were friends for a while before we started being like, ‘damn, we like each other!’”

She said Ar’mon is “very attentive, a gentleman, a man.”

She laughed off the question when asked if he was marriage material, but was content with where they’re at now, saying “he reassures me,” and says he “does speak about a future with me.”

But “it’s still new” she added.

We’ve watched Reginae grow up and form a career for herself, and this is only the beginning.

The young talent has big dreams and intends on making them happen.

She currently has a fitness line called IFITIN (I fit in) which she says will be launching more items in the near future, “because the website is so dope,” she added.

It’s the kind of fitness brand where everyone can feel like they can participate, Nae went on to say.

“Ive been working out for so many years, (and) everybody already always talks about my body, so why not?”

But when it all comes down to it, she says she really wants to act: “I really wanna be on (one of) these shows.”

“Everybody has a time, and my time will come.”

She specifically mentioned Power, Ghost, and The Chi as shows she would love to act in, and in some cases act in again.

Reginae made her acting debut in 2018 when she appeared in Lifetime’s “Pride and Prejudice: Atlanta.” She has since appeared in several other projects.

She also impressed fans with her acting chops in a reenactment of “Power Book II: Ghost” episode from earlier this year.

THE SHADE ROOM is the culture — What’s going on, who’s worth talking about, the trends, the hashtags, and the challenges in the streets and on Tik Tok.

‘Thanks To Me, The World Now Has 8 Billion People!’ Father Of 12 Nick Cannon Shares A BTS Look At His Holiday Shopping