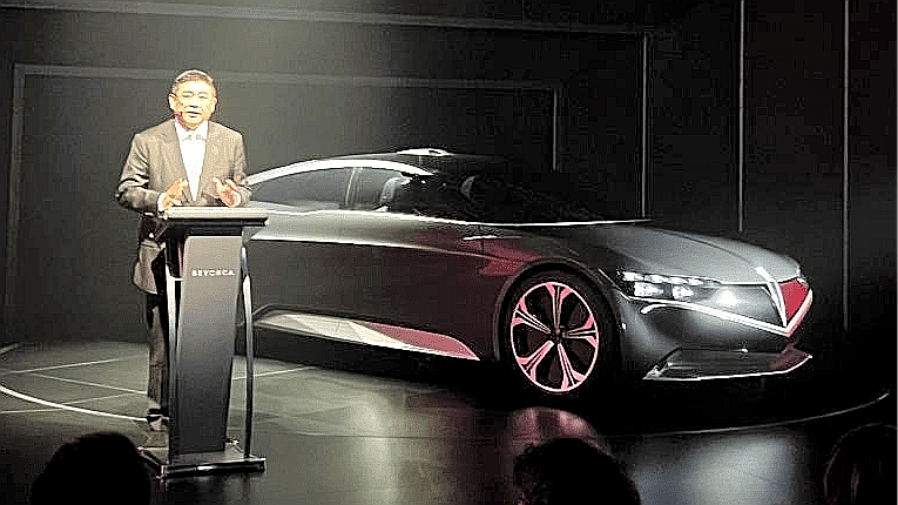 BeyonCa, a new China-based electric vehicle startup backed by Renault, has unveiled its to launch a smart prenium electric car that will be able to protect the drivers in the car from serious incidents like heart attack and can even monitor blood pressure.

BeyonCa announced its global debut on October 30, showcasing the BeyonCa Gran Turismo Opus 1 and has claimed itself to be the world’s first super premium EV brand.

Beyonca plans to unveil its first production car in the first quarter of next year with deliveries starting from 2024, company’s top executive told Reuters.

The car currently in concept stage will have enough smart features such as sensors that can monitor a driver’s blood pressure, alarms to alert doctors employed by Beyonca of an emergency and an autonomous driving function to help park the car.

The Gran Turismo Opus 1 will be supported by an Artificial Intelligence (AI) -based smart cockpit that can monitor the driver’s health status in real-time and will automatically stop the vehicle if symptoms of cardiovascular disease, stroke or driver fatigue are detected.

The car is said to be equipped with the world’s first in-cabin cloud doctor service where a doctor will appear virtually on the vehicle’s infotainment screen. The team of ‘cloud doctors’ will be supervised by chief health officer, Dr. Tim Guo, a cardiovascular specialist with over 27 years of experience.

Led by current Renault China CEO Soh Weiming, the upcoming BeyonCa cars will be fitted with sensors and cameras, which can monitor the vital signs of the driver. If unusual symptoms are detected while driving, an Artificial Intelligence (AI) assistant tries to talk to the driver. If the driver does not respond in such a situation, then the autonomous driving system takes the car to a safe place. After this, the virtul doctor in the car can check the patient through the screen of the smart cockpit.

The company is targeting the high-end premium segment, where they would compete with models such as Audi’s A8L, BMW‘s 7 Series and Mercedes’ S Class.

In an interview to Bloomberg, a company official said, “We are not making ambulances here. We are building a premium car with smart AI to help people. However, industry experts believe that the high price tag could have a negative impact on the sales of this car as other Chinese startup BYD is making more budget friendly and attractive cars.”

The Gran Turismo Opus 1 is expected to be priced from 1 million Yuan (RM650k) or about ₹ 1.14 crore, according to CarNewsChina.com.

The Gran Turismo Opus 1 will be supported by an Artificial Intelligence-based smart cockpit that can monitor the driver’s health status in real-time and will automatically stop the vehicle if symptoms of cardiovascular disease, stroke or driver fatigue are detected.

The car has ‘New Bian Que Diagnosis’ system on-board. This system will collect data about the mood, heart rate, pulse, and breathing of people inside the car. It will enhance the self-driving system of the GT Opus 1. The name of this system is on ancient Chinese figure—Bian Que, who is considered a most important figure in the history and development of Chinese Medicine.

Besides being backed by auto major Renault, BeyonCa is also backed by Dongfeng Motor, a Chinese state-owned automobile manufacturer headquartered in Wuhan, Hubei of China.

BeyonCa is a true global company with headquarter in China, a design center in Germany and an AI development hub in Singapore, which is headed by former Volkswagen China boss and current Renault China CEO, Soh Weiming.

Polycarbonate Sheet Market Size is expected to reach at USD 2.8 Billion by 2030, registering a CAGR of 5.1%, Owing to Increasing Demand in Agricultural Sectors

Petroleum Additives Market Size is projected to be worth USD 8,836 Million by 2030 at a CAGR of 5.2%, Owing to Rising Automotive Manufacturing in Emerging Economies