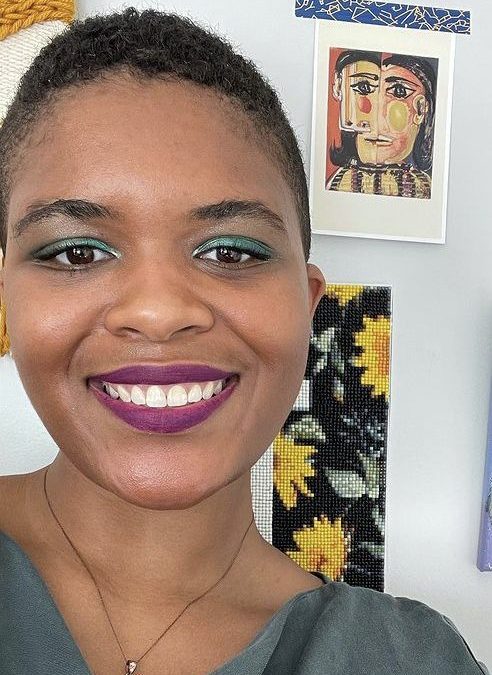 Whew! Social media has been in an uproar regarding Rhode Island Senator Tiara Mack, who recently posted a risqué TikTok video. In an effort to secure votes, Tiara Mack decided to post a short video of herself twerking in a bikini upside down…and the response was likely the opposite of what she intended.

After being a hot topic for her unconventional methods to guarantee reelection, Tiara Mack responded on Twitter and seems to be unbothered by all the newfound attention:

“Damn. Twerking upside down really makes the conservative, unhinged internet accounts pop off on a Monday. Can the media cover any policy wins had by the youngest Black state senator in Rhode Island? As a Black, queer woman you all should know the answer. It’s no. Let’s them carry on their narrative. Me? I’m going to be joyful, free, and unbothered.”

After being contacted by local Rhode Island NBC affiliate, NBC 10 News, Mack spoke about the criticism. She told the outlet via phone “it’s disappointing what is considered newsworthy and that when it comes to coverage of her, the media errs on the side of racist and sexist tropes while her accomplishments in the legislature and as a national champion rugby player are not covered.”

Tiara Mack also posted another video on TikTok slamming her critics and stating that her video will likely help her achieve her ultimate goal of reelection. “My constituents fricking love that I’m a real person and fun and not a robot. I’m trying to determine which point of envy these people are mad at. Is the Ivy League degree? Is it the sitting state senator? Is it the bodacious body? Because the hate is real and abundant,” she said.

DaniLeigh Says The Situation With B. Simone Wasn’t That Deep

“One Chip Challenge” Sending TikTokers To The Hospital, Experts Warn