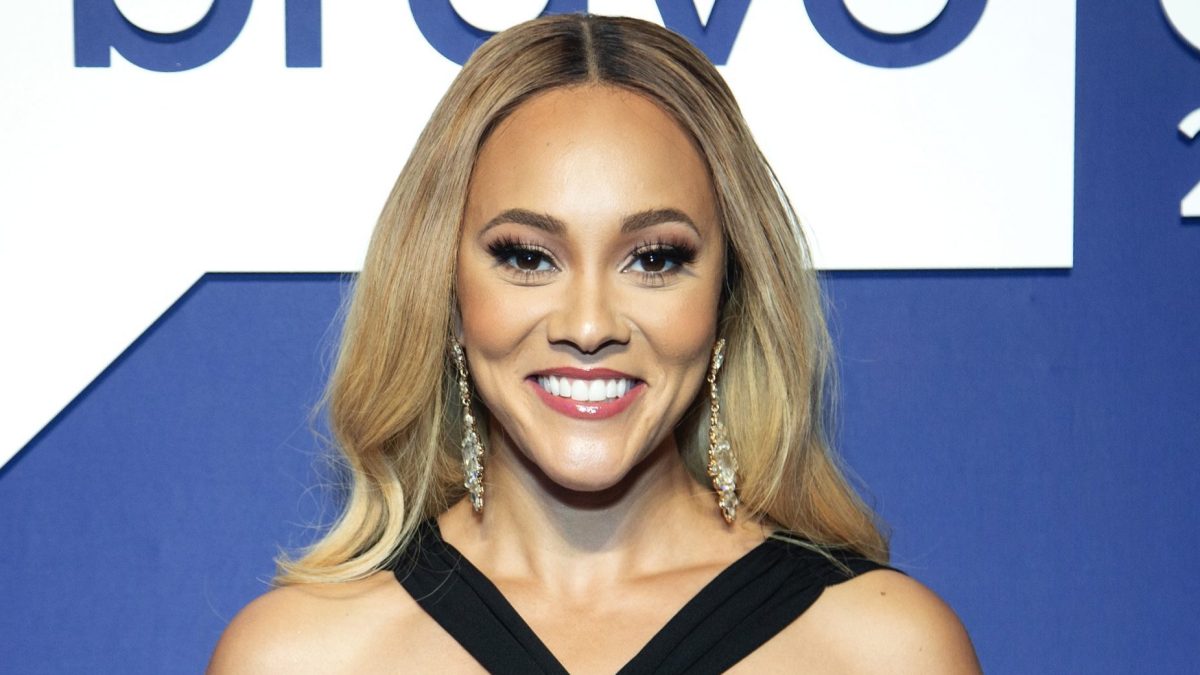 Ashley Darby, an OG star on The Real Housewives of Potomac, is clapping back in an attempt to shut down allegations that she—along with some of her cast mates—are colorists.

The reality TV personality responded to the claims through a short video posted to her Instagram Story on Monday evening, just about a day after a new episode of RHOP aired on Bravo.

“First and foremost, I am not a colorist,” she declares in the clip. “I feel like people forget that I have had issues or disagreements with every single woman on the show, for whatever reason, for whatever thing that we disagreed upon, at some point in time—irrespective of the hue of her skin.”

Ashley says that she’s not a colorist, & has had issues with every woman on the show no matter what the color of their skin was. #RHOP pic.twitter.com/DyvzbgtrRb

Was It Standard Housewives Beef, Or A Loaded Message?

Ashley’s video is in response to backlash that came up after Season 7, Episode 6 of RHOP aired.

In this episode, the Potomac ladies head down to Miami, Florida, for a cast trip. While there, Darby takes the opportunity to play a little prank on Candiace Dillard Bassett by organizing for her and Wendy Osefo—two dark-skinned Black women—to share one small bed together.

#RHOP Preview: The ladies are on their cast trip and Ashley is pulling a shady prank on Candiace 🤭 pic.twitter.com/kuQw6naDmk

We should add that Ashley’s antics also come on the heels of her and Candiace going head-to-head at a winery, and self-proclaimed “Green-Eyed Bandit” Robyn Dixon eggs her on, as she has a bone to pick with Wendy over some unrelated drama.

Many viewers interpreted this as light-skinned women teaming up to belittle Black women with deeper skin tones. However, others felt as though this was a reach.

I gotta stay off #RHOP twitter bc y’all rly watering down the colorism thing. Ashley has gotten into beefs with almost everyone on the cast from Katie to Karen but bc her beef is now with dark skinned women, she’s colorist? Come on y’all get a grip.

It’s not lost on me that Gizelle, Robyn, and Ashley are collaborating on trashing on Wendy and Candiace….. colorism is the 8th housewife here and it’s clear as day😒😒😒! #rhop pic.twitter.com/gYKVsZn6b5

I already know we about to get a thesis on this and I’m exhausted already. #RHOP https://t.co/iGXLuHfrgW

If y’all stop being Colorist we wouldn’t have to talk about it. It’s simple! #RHOP pic.twitter.com/uoIqno2xQ6

As for Ashley’s attempt to shut down these colorism accusations, people didn’t appear to be too moved.

Lol I really wish I could explain this to Ashley and I’m pretty sure she’d get it. It’s not colorism if u beef with the dark skin girls, it’s a petty show. It’s colorism when you only malign darker women for the same behavior. It’s colorism when the template is light v dark skin https://t.co/vLhUYvtnBD

Yes Ashley has had issues with everyone on #RHOP because she’s a messy bitch but the way she has or hasn’t given passes to people based on their complexion says a lot. Perpetuating colorism is primarily implicit and subconscious https://t.co/Fskp0HegoL

Has Ashley had a fallout with every single woman on the show? Yes.

Is there a problem with colorism on the show? Also yes.

Two things can be true at the same time. #RHOP https://t.co/jzLdJju8CM

colorism is not simply who argues with whom. Saying Ashley has argued w light skinned women as well is not the smoking gun defense y’all think it is #RHOP https://t.co/tlN9Eqorjp

Notably, allegations of colorism being present on the RHOP cast is something that goes back quite some time. Candiace in particular has been vocal about this on Twitter.

I’m also excited to see what (brown paper bag) acrobatics are used to defend certain deplorable behaviors by certain sects of the viewership.

The subject has also come up at various RHOP reunion specials, including at the Season 6 reunion last year.

After the matter was brought up, Ashley straight-up declared that she didn’t believe that colorism existed on the show.

“I don’t feel as though colorism accusations exist in this group,” she shared, though Candiace and Wendy disagreed.

What are your thoughts on the RHOP colorism conversation?

Oop! Mariah Carey Says She Constantly Has To “Remind People” That She’s A Songwriter During Hall Of Fame Induction Speech

Tevin Campbell Opens Up About Identifying As A Gay Man