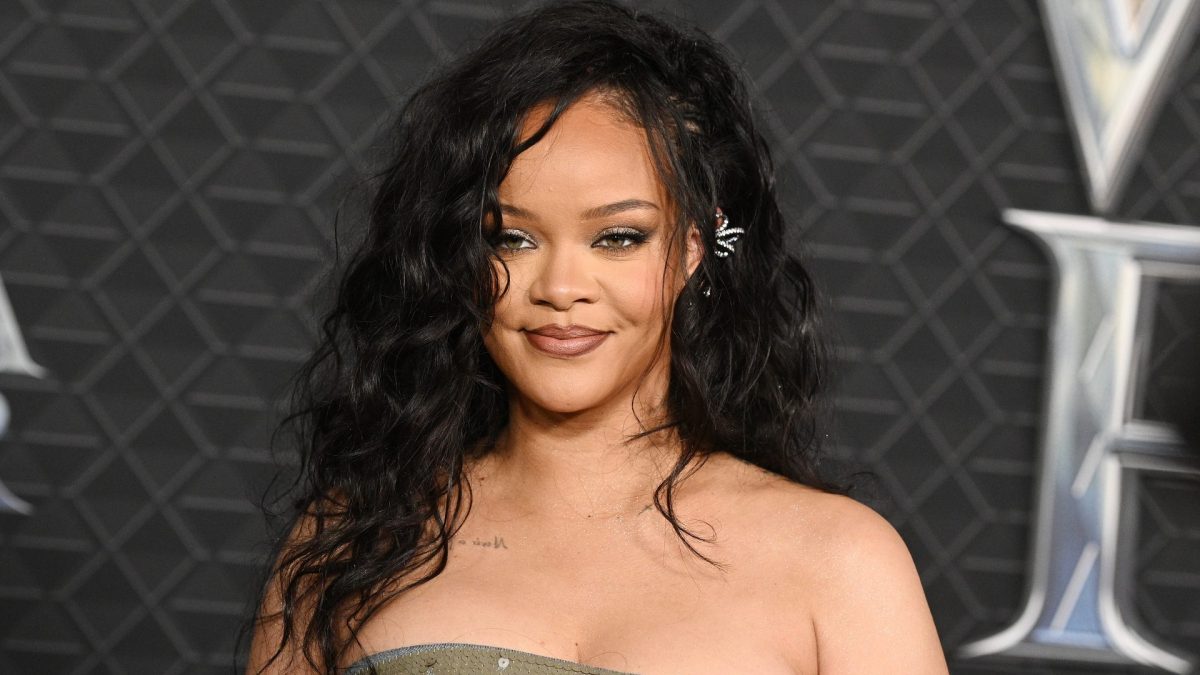 Rihanna isn’t intentionally hiding her son’s name and face from the world–she just hasn’t gotten around to sharing yet! The singer recently opened up about new motherhood, her upcoming Super Bowl performance, and that new music fans have been feening over.

Rihanna reportedly welcomed her firstborn with A$AP Rocky in May, but the world has yet to catch a glimpse of the mini fashion killa.

“We just didn’t get around to it, really, we’ve just been living,” Rihanna said told the Associated Press. “I guess there’s a certain freedom that comes with kinda just like getting it out there. The challenge is we wanna do regular sh*t with our baby.” Rihanna added, “But, since we haven’t gotten ’round to sharing him with the world, we have to navigate it extremely, extremely cautiously right now.”

Rihanna Describes Motherhood As Being “Trippy” At First

In a separate interview with Access Hollywood, Rihanna reflected on the “trippy” yet “amazing” beginning of motherhood.

“The beginning is like you’re tripping acid every day,” she said. “It’s wild, trippy as hell.”

Continuing the conversation, the interviewer inserted a “really.” And Rih responded, “you won’t know that because you’ll never have the opportunity to give birth, you will never have those hormones weirding you out like that and telling you ‘wait, I have a baby, that’s crazy.”

The first-time mama added, “You look at him, he’s yours, but he’s a stranger, and he’s new, and you’re learning him as he’s learning you and learning the world. It’s an amazing experience, honestly.”

Aside from the hallucinogenic feeling of motherhood, Rih also admitted being taken aback by her son’s eye contact. According to the singer, he’s got that heart-stopping stare.

“His eye contact, that’s some other sh*t,” Rihanna said. “Oh my god, when he looks at me in my eyes, my whole soul…I can’t tell if it’s cold or hot. It’s just like dropping. It’s amazing.”

Rihanna Says Performing In Super Bowl Was “Now Or Never”

Given the bond Rih-Rih describes, it’s hard to imagine the singer wanting to leave her little one! She told the Associated Press that the show was “a challenge she welcomed.”

Rihanna confirmed she’d be headlining the halftime performance in September. But speaking to AP, she shut down the biggest speculation after the announcement.

“Super Bowl is one thing, new music is another thing. Do you hear that, fans? Because I knew the second that I announced this, I said, “oh my God, they’re going to think my album is coming,” she said. “I need to get to work.”

Still, the new mama has been spending time in the studio–and polishing her Fenty empire. Just days ago, the singer released Lift Me Up. The song is the lead single on Black Panther: Wakanda Forever and Rihanna’s first new song in six years. In addition, her Savage X Fenty Show Vol. 4 will be streaming on Amazon Prime Video starting tomorrow.