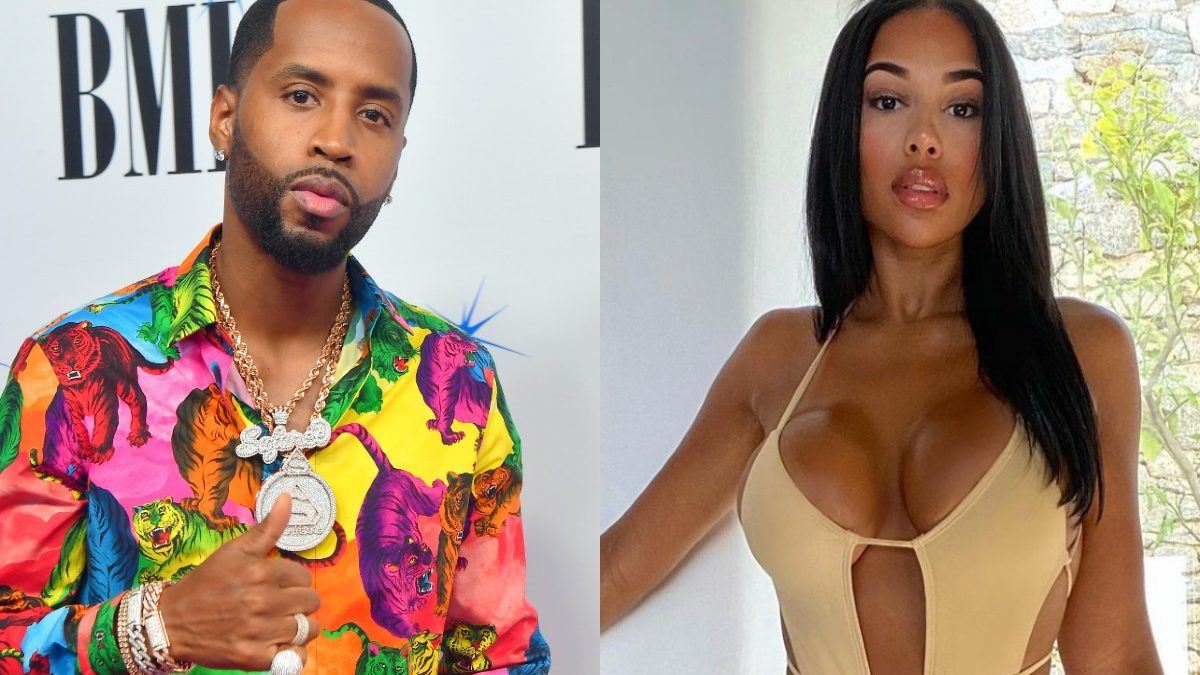 Chileeeee, Safaree the Stuntman is going viral once again after clips from an intimate video of him and Kimbella Matos started making their rounds on Twitter, and he does not seem happy about it. The video, posted by The Vault Uncut on Twitter, shows multiple short clips of Safaree and Matos performing sexual acts on one another.

Shortly after the footage started making its rounds, folks online shared their reactions to the video and to Safaree’s man parts, which have been the talk of his career since his 2018 sex toy deal.

Nevertheless, the ‘Love & Hip-Hop’ star threatened to take legal action against anyone involved in the leak.

I am taking full legal and criminal action. The person who did that is going to pay. And I am not letting up either. Not letting this 1 slide. This is a cyber crime and I pressing full charges!!”

Safaree seemingly started seeing Kimbella during his time of separation from Erica Mena.

Safaree’s now ex-wife stepped into The Shade Room with some commentary of her own about the tape.

Can you even sue yourself and your paid partner if you both were the….????? nevvaaaaaa mind.”

Mena and Matos exchanged words on social media back in June after Erica accused Safaree of cheating on her during their marriage. Erica called Kimbella a “prostitute” on Twitter, prompting a social media storm between the two of them.

Kimbella has not publicly spoken on the resurfaced tape.