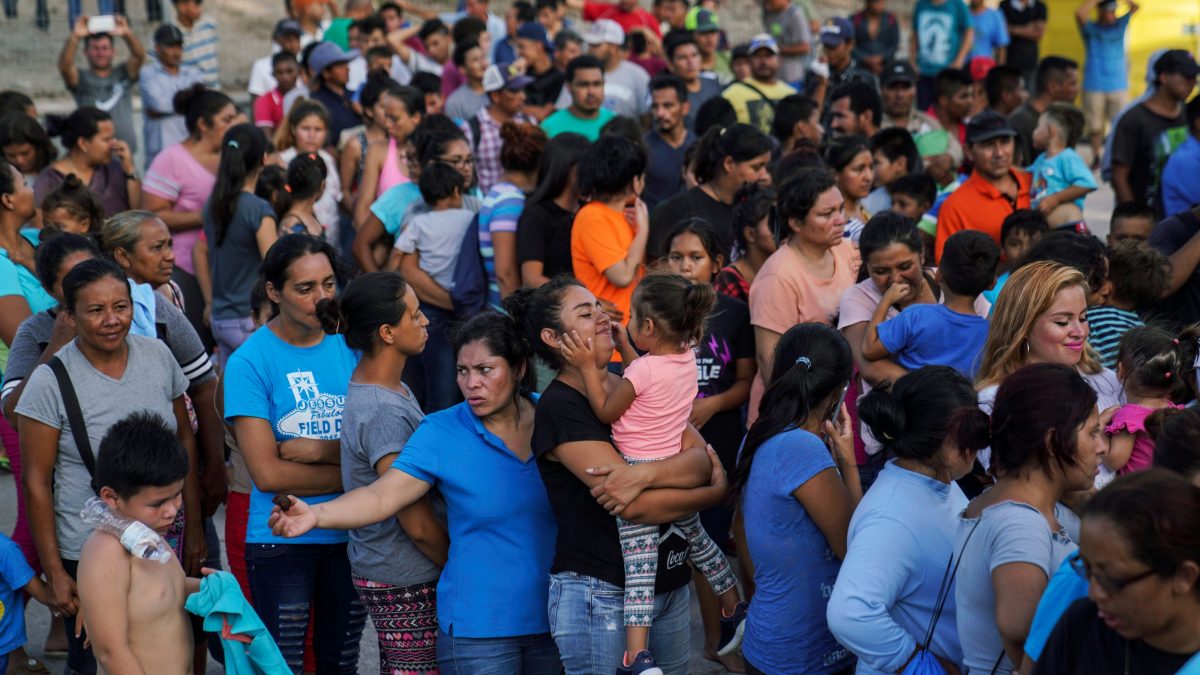 Part one of a series.

The Supreme Court majority by their ruling in Biden vs Texas is now co-conspirator in the Biden administration’s refusal to enforce immigration law.

The Migrant Protection Protocols (MPP) otherwise known as the “Remain in Mexico” policy was enacted by the Trump administration in January 2019. The country was being overrun by aliens requesting asylum and the detention facilities were at capacity. Releasing asylum seekers into the country is a guarantee that almost all of them, over 95 percent, will never, leave although less than 15 percent will be granted asylum.

Almost half of those claiming asylum never even file their asylum paperwork. They just disappear into the country. Many of those who do file their paperwork will attend their hearings. But the adjudication is not announced at the last hearing. It can take weeks or more to finally be sent the court’s decision. Most of the requests are denied and the alien is sent a deportation order and given a few weeks to get their affairs in order before they must report to be deported. At best five percent show up and are deported. The rest just disappear.

The Biden administration and DHS Secretary are aware of this. That is why they are allowing and transporting these people all over the country. DHS Secretary Mayorkas’s statement that those who do not receive asylum will be promptly removed is as true as his “belief” that the border is closed.

The Migrant Protection Protocols was the perfect solution -although poorly explained to the American public. Anyone can claim asylum but if you aren’t released into the country you can’t stay. Very few, with no valid claim, will pay a coyote, and make the treacherous journey knowing they will not qualify for asylum but even more important will not be released into the country.

The MPP was one of the three options provided by Congress regarding the treatment of aliens who have requested asylum. The other two options include “detention” or a “parole” release under extremely limited conditions on a case-by-case basis.

“Detention” as written in 8 U. S. C. §1225 requires that “every alien shall be detained (emphasis mine) for a removal proceeding”. Clearly, there are not sufficient detention facilities to house the over 100,000 aliens per month who have not been returned to Mexico under the Title 42 provisions. However, not only is some of the detention space not being utilized but the administration in their 2023 budget has decided to reduce the number of detention beds.

“Parole” as written is designed to be an option if the alien has an urgent humanitarian reason or if there is a significant public benefit to allow temporary entrance into the United States. This law was amended twice to tighten the requirements.

As stated, detention is mandatory, and parole can only be used on a case-by-case basis under an extreme conditions.

Is Remain in Mexico required?

﻿One of the decisions before SCOTUS was, is the MPP required? As written that option states they “may” be returned to Mexico. Typically, “shall” means mandatory and not permissive while “may” allows for some discretion. As detention and return are mutually exclusive, they cannot both be “shall”. You cannot detain an individual and at the same time return them to Mexico.

The option of “parole” is extremely limited and must be determined on a case-by-case basis. The administration is claiming they are “paroling” the 100,000 plus each month which is of course absurd on its face. Their interpretation of case-by-case based on their actions is ludicrous and should need no more interpretation than is the sky blue and is water wet?

The real issue is between detention and the MPP. The Court ruled for the Biden administration that since “may” allows for discretion they are not required to use that option to control the flow of illegal aliens requesting asylum. However, since they do not have the detention space to house all of those requesting asylum the “may” technically becomes “shall”. Simply put if we can’t detain you, you must remain in Mexico.

The Immigration and Nationality Act gave DHS three options. The first two, detention and the Migrant Protection Protocols were to ensure that no one requesting asylum would have an opportunity to abscond into the country. The third option, parole gave discretion for a small, exceedingly small number of individuals to be allowed entrance if an emergency warranted it.

As Justice Alito so eloquently and succinctly said in his dissent, “Congress has provided no fourth option, but the majority now creates one.”

It is very clear that the Biden administration has no interest in enforcing the law and the Supreme Court legislating from the bench has now given them the protection to do just that.

Next: No one is above the law?

Don Rosenberg
Don Rosenberg is a writer for NRN. He’s a retired entertainment and publishing executive who’s son Drew, second-year law student, was killed by an illegal alien at age 25. Rosenberg created Advocates for Victims of Illegal Alien Crime (AVIAC), where he serves as the president. At AVIAC, as parents and family of loved ones killed or negatively impacted by illegal alien crime, their goal is to promote American’s safety and security in legislation and public policy. Learn more at AVIAC.us.

Biden Will Get Billions To Spend On Green Programs. Here’s What Happened Last Time He Had That Money