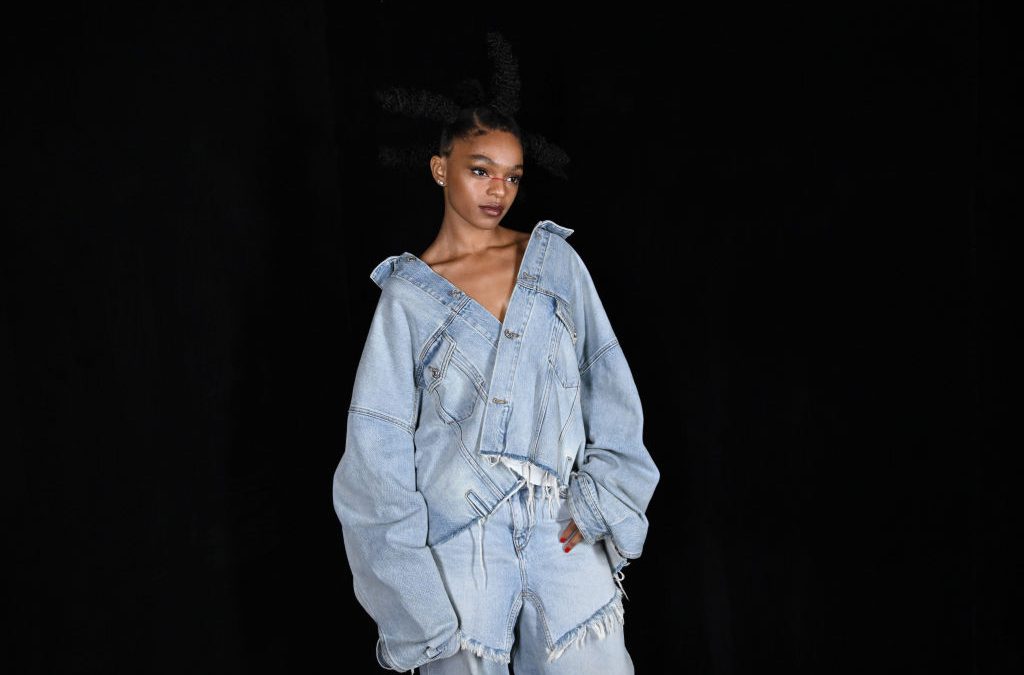 Selah Marley is defending her wearing a controversial “White Lives Matter” shirt alongside Kanye West, blasting critics for being “hive minded” and telling them “you can’t coax me into silence.”

On Monday, the 23-year-old modeled the provocative shirt at Kanye’s Paris Fashion Week runway show, with some labeling the move as a “publicist stunt” and others outright criticizing the pair for wearing it.

She texted Ye after receiving a slew of abuse online for her actions, saying she wants to “continue the conversation with depth and clarity.”

The model and granddaughter to the legendary reggae musician also took to Instagram and called her critics “stick in a hive mind mentality.”

She went on to say she would not be bullied or coaxed into silence.

I absolutely expect this from Kanye but Selah Marley has disgraced the name and memory of her grandfather Bob Marley and everything her mother stands for. He was the world’s Black freedom fighter. If you don’t know her mother is the legendary Lauryn Hill. pic.twitter.com/70ODDFnhUR

“You can not bully me, manipulate me, or coax me into silence. Nor will you bully me into being who you want me to be.”

“I’m ready for us to have the conversation. Tell Kanye West to text me when he wakes up so we can continue to move this conversation forward and provide the necessary clarity, depth and health that we are collectively in need of,” she wrote in a separate post.

Selah texted the rapper that “I think that what we did has obviously created a lot of conversation and I would like us to continue that conversation,”

She said she “loves taking risks and embracing freedom,” but added “in this case, I think we can continue to discuss the depth behind our decisions.”

Selah Marley’s IG story, in response to wearing the shirt with Ye pic.twitter.com/CjqAZRzQ5R

“I love taking risks and embracing freedom, but in this case, I think we can continue to discuss the depth behind our decisions to show the purity of our intentions and provide healing to our community.”

She ended her message to Kanye with “love you so much. Let’s keep this going – in a healthy way.”

Selah Marley also happens to be the daughter former Fugees lead singer Lauryn Hill, alongside being the granddaughter of Bob Marley, a singer who chronicled Black people’s struggles for freedom.

Selah Marley Is The Daughter Of Fugees Singer Lauryn Hill And Rohan Marley, The Son Of Bob Marley

Her father is Rohan Marley, the son reggae of the iconic reggae artist. The couple had five children together before breaking up in 2009, after having been together since 1996, however the pair never married.

Selah was previously the face of Beyonce’s activewear line, Ivy Park SS17. She described West as a role model back in 2017, saying he’s been persecuted “a lot in the media,” but that it doesn’t change him from being “who he is.”

“He’s been through a lot of persecution in the media and by people, but it doesn’t stop him from being who he is.”

The former NYU student first started working with West that year in 2017 during New York Fashion Week, telling Vogue “he is so passionate about everything, and he has you looking forward to his next move, as he always thinks outside the box.”

West and Selah’s mother Lauryn Hill in the past, having sampled her “Mystery of Inequity” on one of his tracks from 2004 “All Falls Down.”

Ye once again sampled Hill on his 2021 album Donda, this time with “Doo Wop (That Thing)” on the track “Believe What I Say.”

West has previously referred to Hill as “Our Queen.”

He’s similarly made controversial comments in the past, stating that “slavery was a choice.”

The White Lives Matter incident was so incendiary that West’s spokesman Jason Lee quit in protest at the Paris show, before going on Instagram and writing that West was “gaslighting black people and empowering white supremacy.”

“Very humble and thankful to Ye for the opportunity to work with him but that part of our relationship has come to an end,” he later wrote on his Instagram Story.

Fashion editor Gabriella Karefa-Johnson called the t-shirts “deeply offensive, violent and dangerous,” to which West reacted to by ridiculing her outfits and saying she had no understanding of fashion, as The Shade Room previously reported.

Almost All CEOs Are Preparing For A Recession, More Than Half Are Considering Layoffs