Home > Entertainment > ‘She’s Brown Like Me!’ Kids React To Halle Bailey In The Little Mermaid 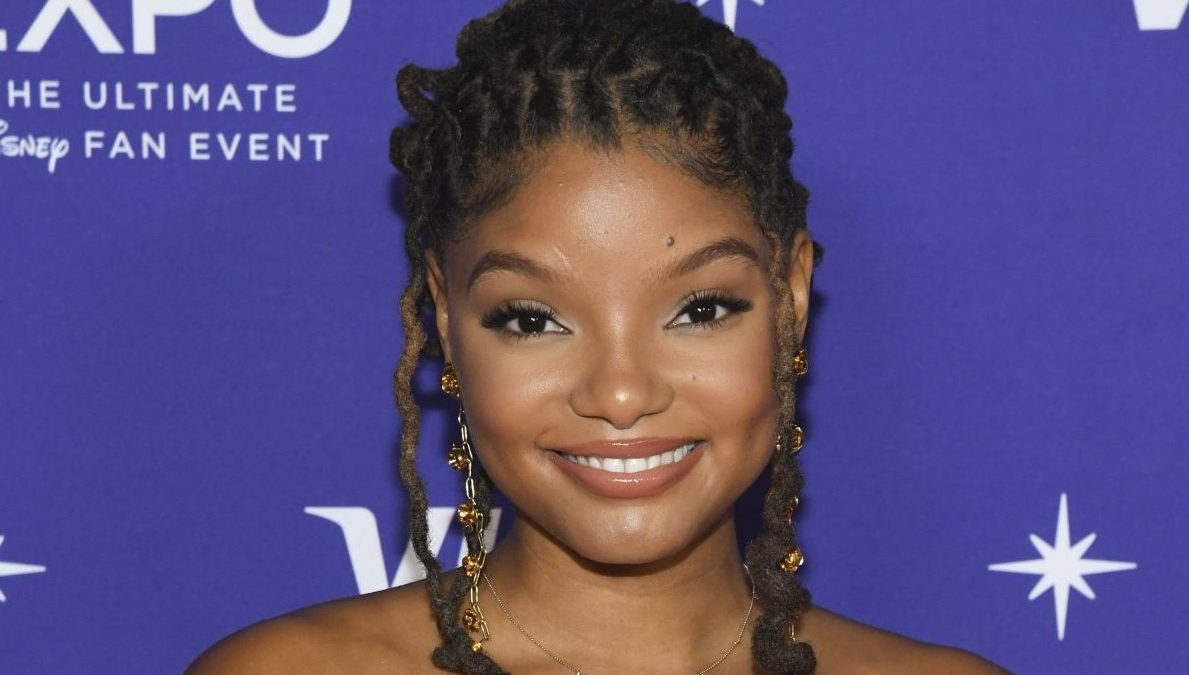 
The internet got a sneak peek of Halle Bailey’s portrayal of Ariel in “The Little Mermaid” movie, and she’s already sweeping the hearts of little brown babies everywhere.

A trailer for Disney’s live-action version of their classic animated fairytale hit the internet on Friday. The minute 23-second teaser shows Halle under the sea with her iconic long locs, which appear to be tinted red to fit the role. In the clip, Halle sings the celebrate track from the original animated Little Mermaid movie, “Part Of You World.”

Halle is so magical in her portrayal of Ariel; young girls viewing the trailer on TikTok watched in awe.

Black Girls Are Awestruck By Halle Bailey As Ariel On TikTok

A trend of parents capturing their kids reacting blindly to the Disney trailer is sweeping TikTok, revealing how awestruck the babies are. One mother shared her daughter, Maya, who was almost speechless upon seeing Bailey as Ariel on her television screen. Looking back at her mother, stammered, May eventually uttered: “She’s brown like me, I’m so excited to see this movie.”

“She’s Black? Yay,” another little girl in a video posted by TikTok user @thedfwdad exclaimed. “I just want to watch it now.”

In the video that featured three young girls, the father wrote:

Never thought a movie trailer could make me cry but then I saw @halle and knew how it would make my kids feel.

Never thought a movie trailer could make me cry but then I saw @halle and knew how it would make my kids feel. Thanks @disney for making my kids feel seen. Can’t wait to be at Disney World in 12 days! #disney #interacialadoption #representationmatters #littlemermaid #thelittlemermaidtrailer #partofyourworld #blackgirlmagic #girldad #d23 #disneyadult

Another sweet baby go teary-eyed watching Halle, as seen in a video posted by TikTok user @devyncoulson. “Are you crying?” the parent says to the young girl. She responded bashfully, “no.”

So sweet! In an interview for Variety‘s 2022 Power of Young Hollywood issue, Bailey spoke about her addressed the racist criticism towards her casting from trolls on social media. Bailey recalled receiving support from her grandparents during that time, which reminded her of who she was doing it for.

“It was an inspiring and beautiful thing to hear their words of encouragement, telling me, ‘You don’t understand what this is doing for us, for our community, for all the little Black and brown girls who are going to see themselves in you,’” Bailey said.

The Disney’s remake of The Little Mermaid arrives in theaters on May 26, 2023.

Lizzo Drops The Video For Her New Single ‘2 Be Loved’ Starring Tyson Beckford!