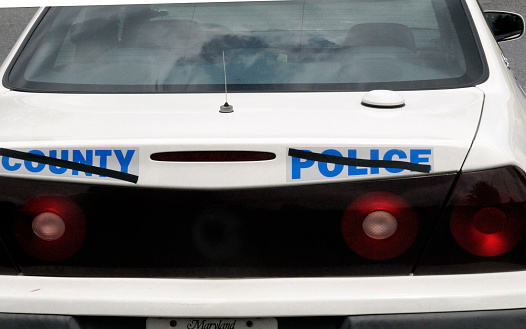 Get into this story, Roomies! A Maryland woman has Twitter going up after she was arrested for shooting her own husband. 50-year-old Shanteari Weems, owner of Kidz Kastle Child Development Center, reportedly told police she shot her husband after hearing allegations he had molested children at a day care center that she owns.

According to The Washington Post, the shooting occurred in a room at D.C.’s Mandarin Oriental hotel on Thursday and authorities attempted to evacuate the building after shots rang out. Weems reportedly refused to exit the hotel room, prompting an hour-long “standoff” with local police.

Police eventually forced their way into the room and reportedly found two firearms in Weems’ possession–one in her purse and the other in an unlocked safe. Weems’ husband reportedly sustainted non-life threatening injuries and is currently in critical condition.

Free her and make sure the husband is thrown into the electric chair. She had to take matters into her own hands after going to the authorities when they wouldn’t do anything about it bc he’s former police. They’re lucky he’s still alive. I wouldn’t have let him live. https://t.co/9Yd5aFRNPS

Weems claims she reported the alleged molestation to authorities. but her husband has yet to be charged for any crimes.

Kidz Kastle is reportedly closed pending investigation into the shooting. The day care center has been serving the Owings Mills community since 2005, with a mission statement reading:

Our Program philosophy at (KKCDC) embodies a strong sense of community of partnering with parents and guardians to raise happy, healthy children. Our open door policy encourages parents to participate in their child’s educational experience.

The center’s website lists Shanteari Weems as the owner and operator with a “strong and determined” approach to daycare.

With a structured staff, love and good character, Mrs. Weems leads the charge of the future generation at Kidz Kastle CDC!”

The investigation into this incident is still ongoing.

Want updates directly in your text inbox? Hit us up at 917-722-8057 or https://my.community.com/theshaderoom

Ford To Lay Off Thousands To Bankroll ‘Green’ Transition: Report